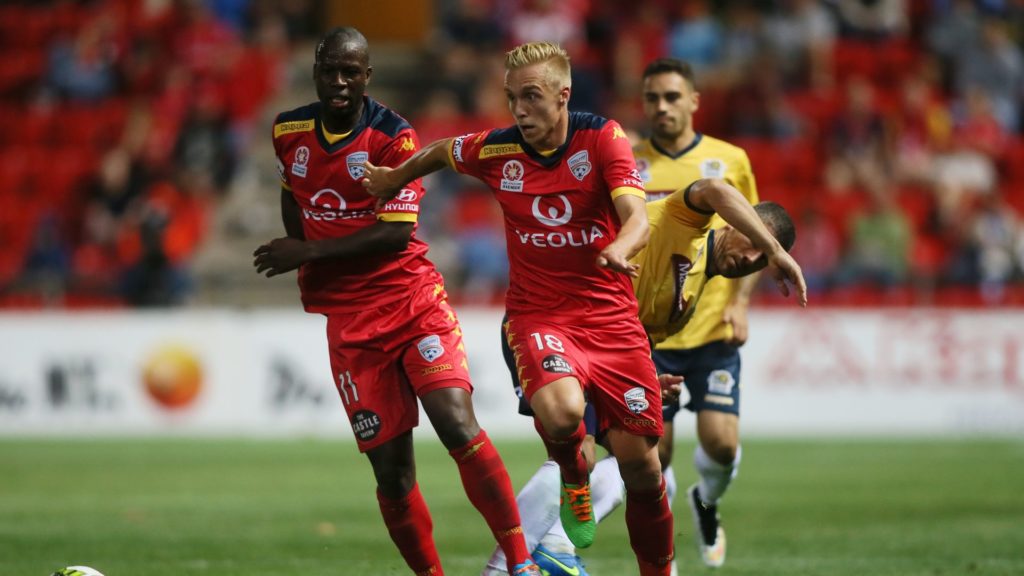 James Jeggo back in 2015 during his time with Adelaide United Photo: AAP/Ben Macmahon

Socceroo’s midfielder James Jeggo is setting off to Greece to join the Superleague with Aris Thessaloniki FC.

On Monday Aris FC announced the 28-year-old had signed a 2-year contract with their team on Twitter.

Jeggo will be leaving Bundesliga’s Austria Wien FC after two seasons and 33 appearances across both seasons and had previously played for A-Leagues Melbourne Victory and Adelaide United.

Aris will be welcoming him ahead of the 2020/21 Greek Super League season which is due to commence on 12 September.

Jeggo’s agent Buddy Farah told NewsCorp that this was the best time for a change after five years in Austria (having also played for Sturm Graz).

“There were a number of other opportunities in Portugal and England that we were considering, but when Aris came to the table and sold us the project it was really a no-brainer at this time of his career,” he said.

“I was lucky enough to meet some wonderful people and want to thank my teammates, the coaches, all the support staff and the fans,” Jeggo said.

Ich möchte mich herzlich bei allen von @fkaustriawien bedanken. Es waren zwei schwierige und enttäuschende Jahre,das war nicht das was wir uns vergenommen hatten. Trotzdem war es eine große Ehre für die violetten zu spielen. Ich bin sehr froh so viele wundervolle Menschen in dieser Zeit kennengelernt zu haben. Ein großes Dankeschön an die Spieler, die Mitarbeiter und die Fans. Ich wünsche euch allen, alles alles gute für die Zukunft! ——————————————————— I would like to say a big thank you to everyone at @fkaustriawien! It was a frustrating two years in which we didn’t achieve what we set out to do but nevertheless it was a honour to play for this fantastic club. I was lucky enough to meet some wonderful people and want to thank my teammates, the coaches, all the support staff and the fans. I wish everyone involved with the club all the very best for the future!