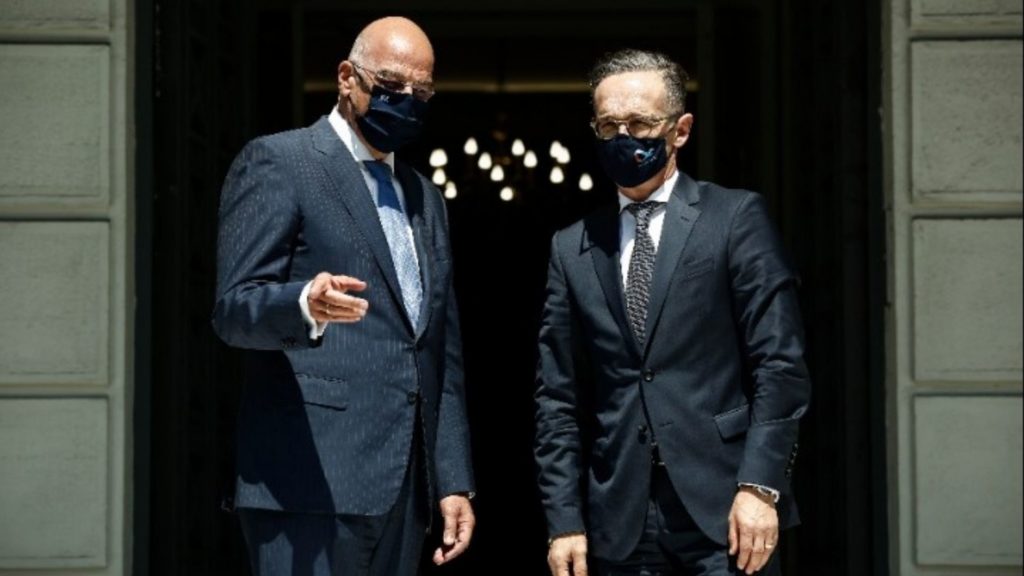 An olive branch was extended to Greece with Turkey’s Foreign Minister Mevlut Cavusoglou stating Turkey was “in favour of negotiations for fair sharing but nobody should lay down preconditions”. He made this statement after a meeting with his German counterpart Heiko Maas in Ankara as both Greece and Turkey conducted separate exercises close to each other just south of Crete in a mutual show of force.

Mr Maas seized the opportunity, stating, “I hear from all sides that the readiness to dialogue exists and that is why we regard it as achievable. I remain convinced that if both sides start direct talks with honest intentions we can find a solution that can be acceptable to both sides.”

Earlier in the day, Greece’s Foreign Minister Nikos Dendias had met with Mr Maas. He said that instead of de-escalation moves there were new provocations by Turkey to undermine stability in the region in violation of international law.

READ MORE: Greece and Turkey at loggerheads with rival exercises in the Eastern Mediterranean

He noted that the situation in the Eastern Mediterranean concerns the entire European Union and stressed that the EU acquis needs to be strongly defended against regressive forces.

He called for sanctions to be imposed on Turkey at the forthcoming Informal Council of Foreign Ministers, while referring to the prospect of dialogue with the neighboring country, “Many of us recommend dialogue. But there can be no dialogue under a state of threats.”

Mr Maas called for an end to provocation, warning that the slightest spark in the Eastern Mediterranean region could cause disaster.