Sakkari and Tsitsipas move onto round three of the US Open 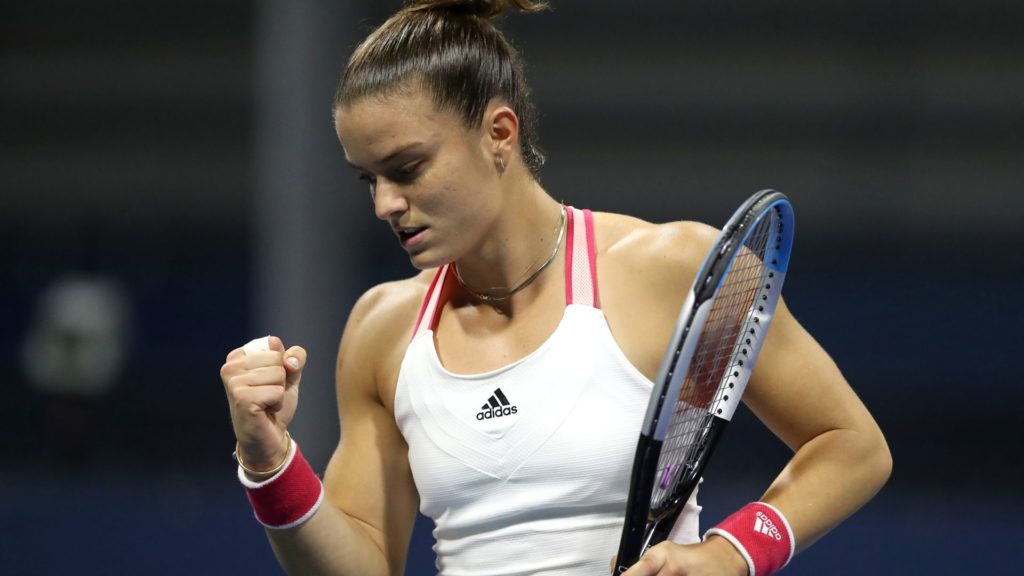 Maria Sakkari in action against Stefanie Voegele at the 2020 US Open Photo: Brad Penner/USTA

Greece’s two major tennis players have secured their spots in round three of the US Open.

The No. 4 was not given an easy win as Cressy dealt out some hard serves, 21 of them aces.

Tsitsipas said his opponent’s game play was tricky to get used to in a post match interview.

“His game is very difficult to read. He has a very good serve-and-volley game. You don’t get to play against those players very often. You have to adjust,” he said.

On day four of the tournament, No. 15 Maria Sakkari beat out unseeded Croatian-born American Bernarda Pera.

The game started off rocky for the 25-year-old, as Pera commanded the court in the first set ending on a 2-6 win.

Sakkari finally got a feel for Pera and brought her A-Game with her powerful back court play.

Sakkari will be going up against American No. 22 Amanda Anisimova on Sunday.