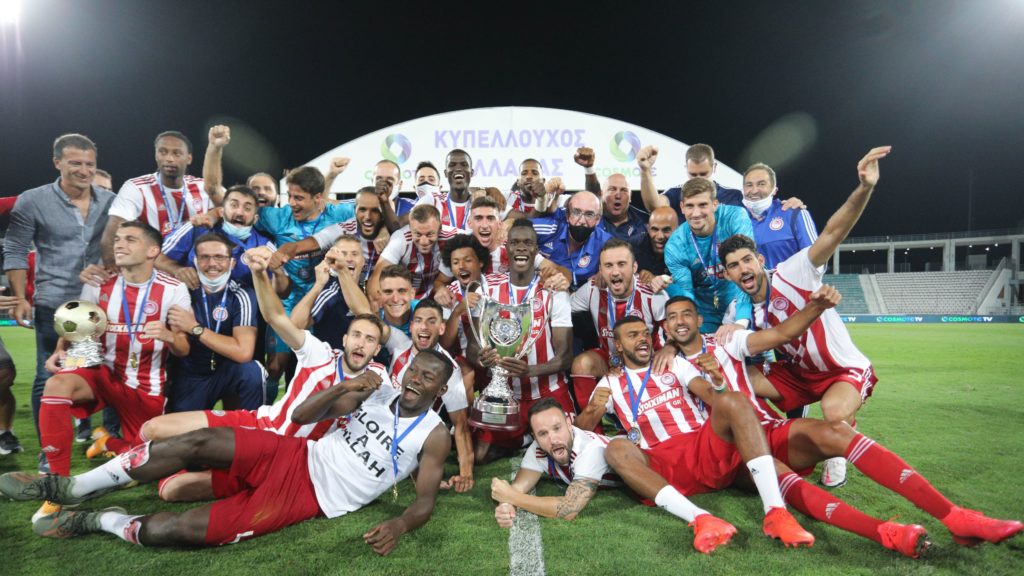 Beating AEK 1-0 in Saturday’s final, secured a successful conclusion of the 2019-20 season for Olympiakos winning both the League and the Cup.

A goal by Serbian midfielder Lazar Randelovic early on in the ninth minute came to define the result, amidst a last opportunity for the Reds to add to their tally in the last bit of the second half.

It was a close penalty kick for Moroccan striker Youssef El-Arabi, after skillfully escaping AEK’s right-back Michalis Bakakis’ attempt to intervene, but goalkeeper Panagiotis Tsintotas managed to save this one using his left foot.

Olympiakos fans remained satisfied throughout the course of the game, with their team outplaying AEK also thanks to a tighter defence and creating more chances than its opponent in the second half.

The win marked the 28th Cup for the Reds and their 18th double having finished the season unbeaten in June.

READ MORE: “Why I love playing against AEK, Olympiakos and PAOK,” says Makrillos

The last time it had encountered Olympiakos in a domestic cup final was during the 2016-16 season, with AEK scoring the trophy.

Saturday’s game took place at the ‘neutral’ Panthessaliko Stadium in Volos, with no spectators as per coronavirus health protocols.

Just hours before the match, a group of AEK supporters reportedly made an effort to approach the hotel where the Olympiakos team was hosted, but were confronted by police who used tear gas.

The final had been twice postponed, with the most recent scheduled date, Sunday 30 August, at the OAKA stadium, changed at the eleventh hour, just the day before, following a confirmed coronavirus case in the Olympiakos squad.