“The Parthenon Marbles and the battles portrayed, express life in all spheres of experience” 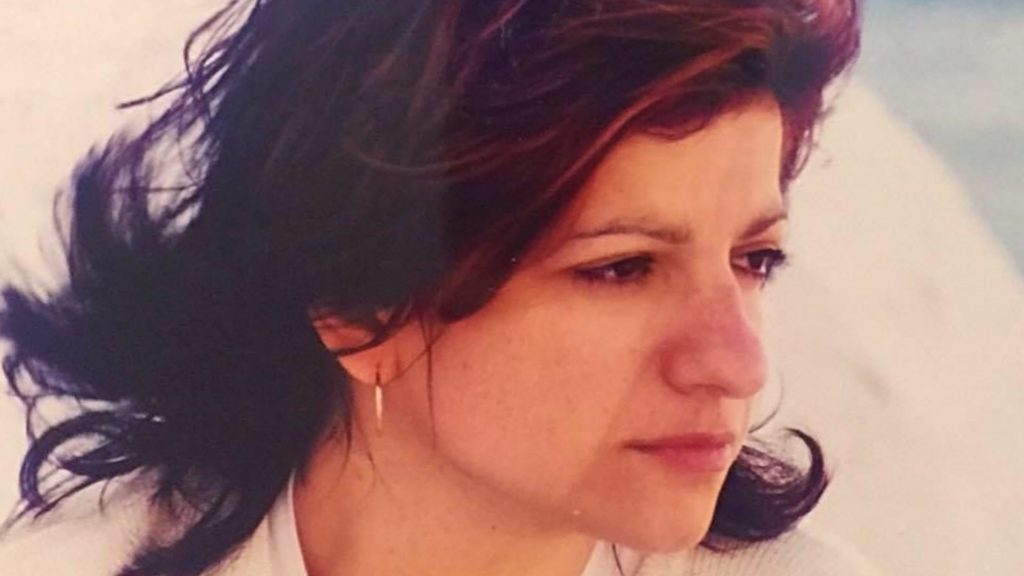 “I think people have a genuine interest in art but might not necessarily want to become artists. These classes are about making art part of life and I hope this will be ongoing”, fine artist Joanna Kordos tells us Neos Kosmos about the reason she is launching a Symposium on art for a small number of students. Photo: Supplied

A conversation with Greek Australian fine artist Joanna Kordos will lead you down many different paths of enlightenment and discovery.

In light of the symposium on art that she is organizing for a small number of students in November, we reached out to her to discuss the concept of this new initiative.

In the past 25 years working in the art world, Ms Kordos has always tutored students. However, this is the first time that she will be holding classes for a small group and in the form of a symposium, giving it an interactive element which will enhance her introduction on the subject of the Parthenon Marbles and how their depiction is relevant today.

The classes will be free of charge, as she says it is her way to give back to people during these times of lockdown isolation and stress in our communities.
During the Symposium, Ms Kordos will concentrate on five of the seven battles depicted on the Parthenon Marbles and how they relate to us. She will explore the battle of Marathon, the Titans, the feud between Athena and Poseidon, the Amazons, and the battle of the Centaurs.

“My main subjects for historical and symbolic expression will be the first five battles, which are the key poetic areas which move me as an artist and painter of light and narratives, and are relevant in today’s society, on an individual and community basis.”

According to Ms Kordos, these battles express life in all spheres of experience.

“The battles portrayed are a symbol of life and its duality. Sublime Nature opposing Civilization. Wilderness opposing Order. Divine light against Darkness. Tribal defiance versus the order of the state. Power of the woman warrior versus the barbaric state of fear of strength. And so much more.

Through art we tap into ourselves and communicate new awareness. But I don’t want us to get lost in the past without bringing all this reference into the future in a positive way.”

During the classes, Ms Kordos will also delve into the golden Hellenic era and discuss how the Parthenon was transformed, and converted into a Christian Temple for a thousand years. Atheniotissa, Church of the Mother of God, was not an ordinary church. “It’s sacred light, perpetual lamp of divine light is where all the bishops and pilgrims wanted to be buried during that period.”

The Parthenon holds a strong visual connection to the years she spent as a child in Athens.

“During all the protests that are happening for the return of the Parthenon Marbles to Greece, I noticed that no one is really saying anything about what these marbles depict. I spent eight months in the State Library last year, trying to understand this enigma and I am now in the position to really help people understand what this is all about. If we are going to call Athens ‘the cradle of civilization’ we really must understand why these marbles are so important.”

Ms Kordos has always found mythology fascinating. “It is the story of creation from the experience of the human beings. And it was created from our rite of passage. Great abstract painter Fred Williams used landscape as his tool for expression. For me, mythology is my landscape, my tool as an artist.”

“Now that I have gone deeper into mythology, I can see that it has similar overtones to the Judeo-Christian story. The flood for example, and Noah’s ark, is also described by Plato, and can be found depicted in the Parthenon Marbles, in the battle of the Titans, where Prometheus asks his son to build an ark for new human life to be born. Also in the way the universe was born, we see the goddess Athena depicted with snakes on her, which connects her to the story of the serpent in Christianity.”

“There are extreme parallels between the story of Christianity and Greek mythology. It’s our shared experience, our journey,” she said.

Ms Kordos commenced her journey in the visual arts in 1983 and has over 30 solo exhibitions and group collaborations under her belt.

“It is not an easy path”, she explained. “You need courage and discipline. Just like writing, you put yourself out there but at the same time you might not even be so sure of what you are doing, but you just do it. As an artist you create and carve your own path. You don’t belong to any organization. I suppose the older you get and the more experience you have, the more you know what your path is. Sometimes you might feel tempted to choose the easier road, but at this age I say, you better stick to what you were born to do.”

In a time of lockdown, Ms Kordos explains that “regardless of the pandemic or any circumstance, it is (or, I Am) always Art. I travel everyday on an infinite journey on infinite horizons. I hope to share this journey in the work I create,” adding in the words of Marcel Proust that “the real voyage of discovery consists not in seeking new lands but seeing with new eyes.”

Ms Kordos is currently immersed in a few different projects that define her values and her dedication to offer her art to what she considers important.

She will donate the design of a special logo for the 200-year anniversary celebration of the Greek revolution in her home of origin, Messinia, which will mark a network of century-old trees that have stood there bearing witness to the revolution.

She has also partnered with Rainforest Rescue Australia, creating a series of paintings, the proceeds of which she will donate for the redevelopment and protection of the Daintree Rainforest.

For more information about the symposium/art classes you may contact Joanna Kordos by email kordosfineart@gmail.com