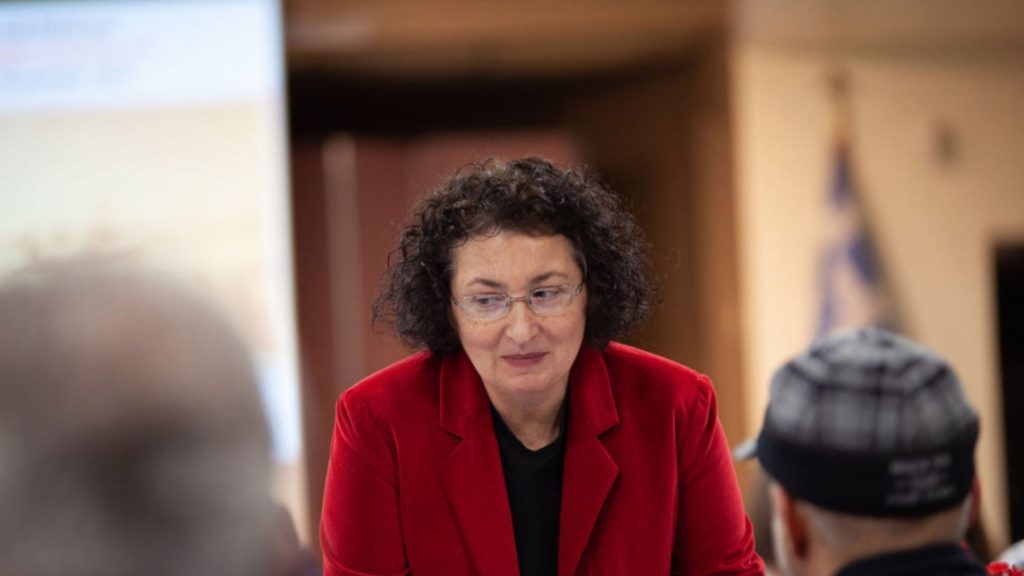 On the evening of Thursday, 8 October, the Professor of Modern European History at Newcastle University (UK), Violetta Hionidou, will present her online lecture entitled: Famine and Death in Occupied Greece as part of the Greek Community of Melbourne’s Greek History and Culture seminar series.

Greece which was occupied by the Axis powers from 1941 to 1944 experienced the extreme hardship and famine of the Katochi, particularly in the winter of 1941-1942. The famine was to last until the end of the occupation in the autumn of 1944.

Prof Hionidou’s presentation will explore the reasons for the famine, its extent as well as the coping mechanisms that the Greek population developed to survive.

In her monograph book Famine and Death in Occupied Greece, 1941-44 (co-winner of the 2007 Edmund Keely book award), Prof Hionidou argued against the perception that the population of Athens bore the brunt of the famine and also argued against earlier findings on the role of the black market during that period.

She has researched and published on a number of subjects, including family history, Famines, Pontic Greeks, historical demography, and reproduction, usually combining quantitative and qualitative methods. She has published widely in academic journals and edited collections.

Her other monograph works include: The Greek Famine of the 1940s through Oral Histories. The cases of Hios, Syros and Mykonos (Athens: Patakis publishers, 2020); and, Abortion and Contraception in Modern Greece, 1830-1967. Medicine, Sexuality, and Popular Culture (London: Palgrave Macmillan, 2020).

She has also created a database on a Greek family history website for Greeks to search for the histories of their ancestors.

• To directly participate in the seminar which is presented in English and will take place at 7pm on 8 October, you will need to register through Zoom  or you can view the presentation and answer-and-question session on Youtube and Facebook.