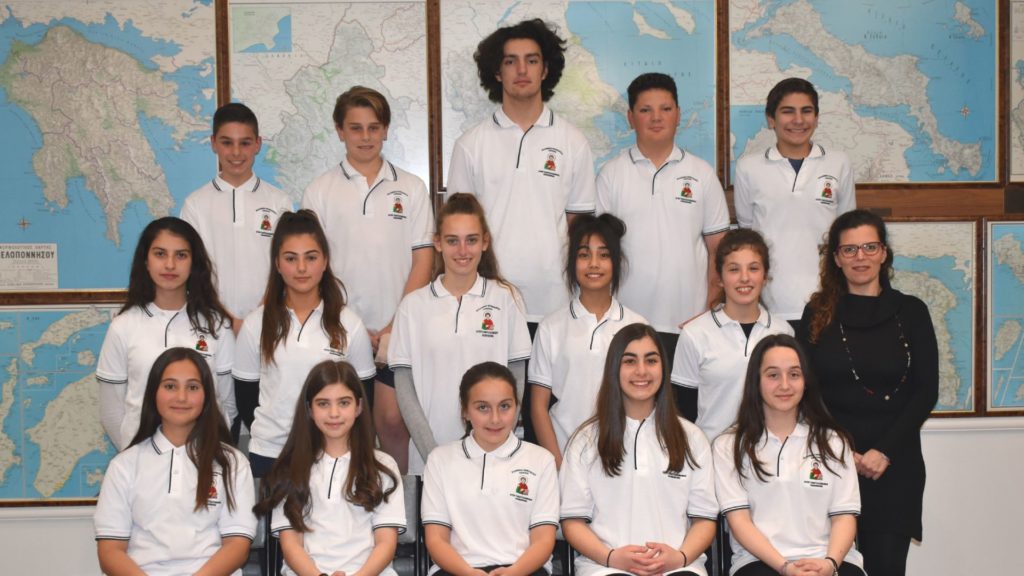 Students of St Panteleimon Greek School Dandenong enjoyed success in an international competition of schools from the Greek diaspora.

The school won second place in the newspaper category, managing to distinguish itself rom 1,400 entries from schools ranging from kindergarten, primary schools, junior and senior secondary schools in Greece and from around the world.

The competition, titled Pontos, was organised in Greece with the approval of the Greek Ministry of Education, Research and Religious Affairs and the support of the Greek National Commission of UNESCO.

Years 7 and 8 students participated in the event along with some senior students: Nektaria Antonopoulos, Amelia Kalomiris, and Kyriaki Symeonidou-Syvridou. Students created their own newspaper, titled “Pontos Everywhere”. They published articles and news about Pontian culture.

As part of the project, Maria Hatzisymeonidi, a Pontian parishioner, visited the school and spoke to the students about the Greeks of Pontos. The students interviewed her in order to complete their articles for the newspaper “Pontos Everywhere”. Apart from speaking with the students, Ms Hatzisymeonidi also brought some traditional cheese pies and sweets for them to sample, demonstrating love, generosity and filotimo – a characteristic of the Pontian people.

Students achieved success thanks to their zeal and tireless efforts. All this would not have been possible without the guidance of teachers Vicky Lambropoulou and Christina Soumi. Polixeni Sagiadellis’ outsanding also made great contribution with her graphic design.