Howzat! The story of Hellenic Cricket – from Corfu to Lemnos and Melbourne When we think of Greece we don’t usually think of playing or watching a game of cricket at a local village green. But cricket indeed has a long history in Greece, possibly from Ancient times to today. One of the lesser known aspects of this story is when the Anzacs played cricket on Lemnos during the Gallipoli campaign. And the memory of this can be found today on the playing fields of St Kilda in Melbourne. Indeed cricket is another element in the connections between Hellenes and Australians.

It may come as a surprise to some that the English game of cricket has a long historical connection to Greece and Greeks. There is some evidence that a “cricket-like” games was played in Ancient Greece. Depictions of players, using sticks – or bacterium – and a ball, can be found as a relief on a tombstone in the National Archaeological Museum in Athens. There is some argument that this may have been an early form of field hockey or cricket, but either way, the use of sticks and balls has a long history in Greece.

The first time the modern game of cricket was played in Greece was on the lovely Ionian Island of Corfu during the period of British rule (1815-64). Soon a game played between British soldiers and sailors was expanded to include teams comprising local fishermen, bakers and labourers. The departure of the British saw the formation of local teams and competitions, the first being the Gongakis company and the Camvissus Club, both of which would later merge in 1893 to form the Corfiot Athletic Club (Kerkyraikos Gymnastikos Syllogos) which is still in existence today. Corfu would eventually boast 5 cricket pitches and eleven cricket teams (including Byron Cricket Club).

During the inter-war years, the game appears to have gained much local support, locals calling the game fermaro kai issia or block and wollop! Lawrence Durrell writes of other local Greek language variations on cricket terminology – “runs” become “ronia”, “wickets” are “rollinia” and a “drive” becomes “pallia.” One of famed local players was a batsman called Mike Camilleris, reported to be so portly that he had to bat one-handed in order to reach around his prodigious belly!’ 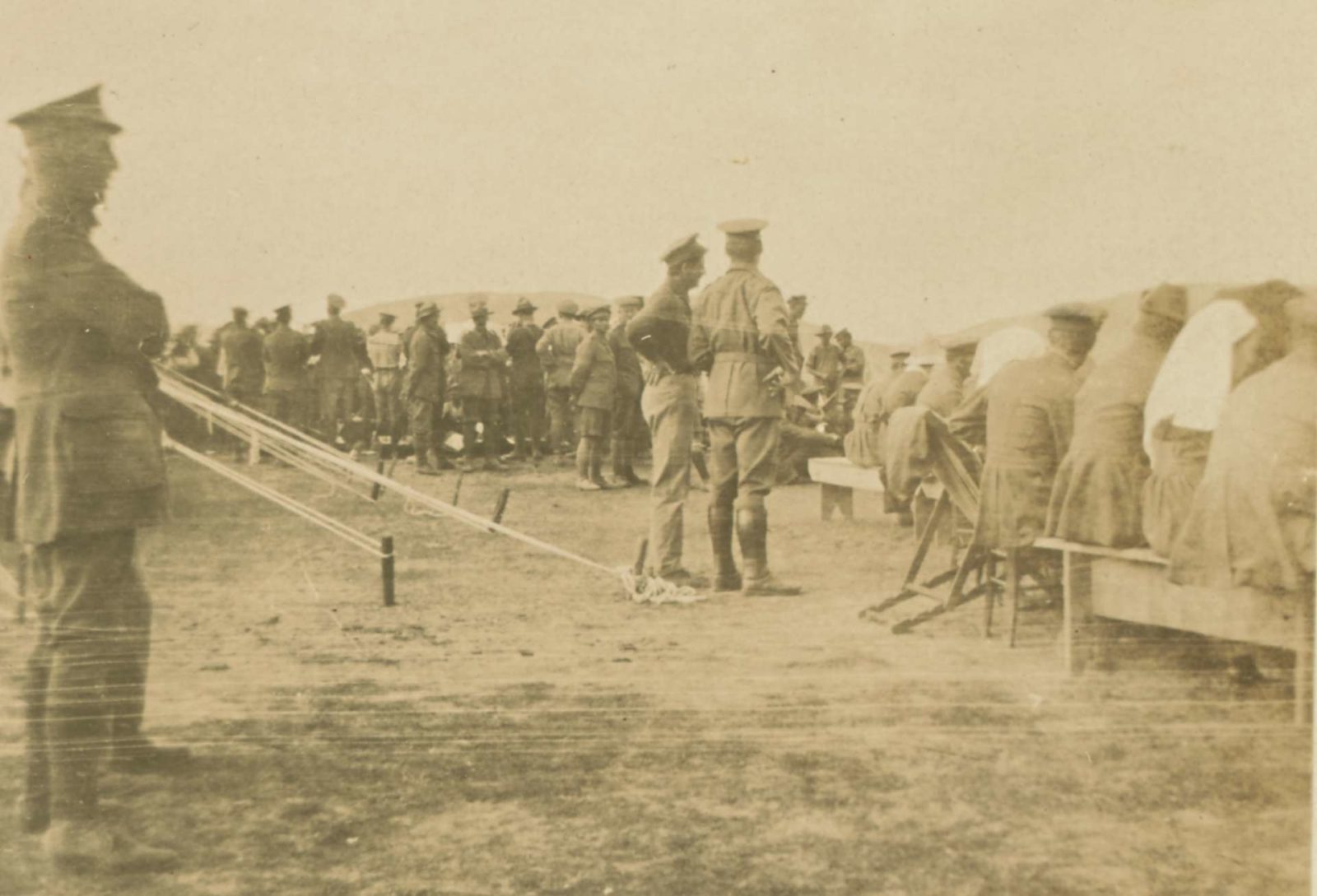 It is no surprise that cricket would feature in the recent television series The Durrells includes a story of one such game between British expatriates and a local Corfiot team on one of the local pitches. Lawrence Durrell witnessed a game in Corfu’s main cricket pitch at Spianada Square one August, writing in Prospero’s Cell that “a ripple of anticipation” running through the town as the game was announced. He describes the gathering of the locals under the trees, on the café seats, as the two teams assemble and practice ferociously in the nets, marquees are set up and the British Consul arrives to observe proceedings, and the game begins. As Durrell writes “cricket is a mysterious and satisfying ritual which the islanders have refused to relinquish.”

But cricket in Greece is not limited to the Ionian Islands. For the game would also be seen by Greeks way across in the Northern Aegean in 1915-16. A series of games were played on the Island of Lemnos by Australian and other Allied troops during their periods of rest and recuperation on the Island during the Gallipoli campaign. By all accounts the games were well attended, with Australian nurses and medical staff leaving accounts of their visits to the cricket ground that was marked out near the village of Sarpi. 24-year-old Lance Corporal William Lycett from Flemington in Melbourne wrote how the “fairly good cricket pitch” was created by his unit, the 4th Field Ambulance, prompted by the arrival of cricket sets for the use of the Anzacs.

By all accounts these were well utilised, with a number of Australian soldiers recording the many games played there in their personal diaries and letters home. William Lycett wrote of two Australians teams having played on  6-7 October, followed by another on the 9 October between an Australian team and men from the New Zealand Medical Corps, resulting in “a comfortable win” for the former. On 13 October William wrote that his unit lost a game against the 1st Field Ambulance, followed by another game amongst them the next day. William’s 4th Field Ambulance then defeated the 16th Australian Infantry Battalion team by about 40 runs on the 16th October. On 24 September 19-year-old labourer Private Percy Collins from Nhill in Victoria reported that his 6th Australian Infantry Battalion was “playing cricket nearly every day.” 27-year-old pharmacist Private Henry Gissing of the 1st Field Ambulance from New South Wales writes of taking part in a cricket game in the afternoon of the 5 November.

Fortunately for posterity this playing of cricket on Lemnos was captured by some of the Anzac photographers on Lemnos. They photographed the games, capturing the batsmen at the crease, the fielders and of course the spectators enjoying the game and the day out. 42-year-old Geelong born medical officer Captain Thomas Anderson of the 3rd Australian General Hospital (3rd AGH) took a number of photographs of a cricket match played between the 2nd Australian Infantry Brigade and an unnamed team (most probably the 3rd AGH), with another photograph by the same Hospital’s Lance Corporal Albert Savage most probably also taken on that day. These photographs may well depict part of the 2nd Brigade’s “sports day” which is recorded in its War Diary as having taken place on the 10 November. Given the attendance of medical staff from the 3rd AGH it might be presumed that the opposing team was made up from the hospital staff.
I wonder if the local villagers walked over and watched this strange game being played by the Anzacs near to their villages. We know that they often visited the Anzac Rest Camp, offering a range of goods for sale to the eager soldiers. So it is more than likely that the cricket games of Sarpi were witnessed by some of the local Lemnians. When the Anzacs departed Lemnos in January 1916, they more than likely left behind a memory of cricket amongst the local villagers.

It is no surprise then that cricket continues to thrive in Greece. There are now some twenty cricket clubs, based on Corfu, at Athens and Ioannina. The Hellenic Cricket Federation was formed in 1996, fielding a national Hellenic cricket team which takes part in European and international championships. In 2012 Victorian cricket teams from Ferntree Gully and the Yarra Valley travelled to Corfu to take part in the Second Annual Youth Cricket Tournament organised by the Hellenic Cricket Federation, joining teams from six nations including Greece. And Corfu’s Spianada Square cricket pitch , surrounded by roads and parked cars has played host to England’s famous Marylebone Cricket Club and many more. 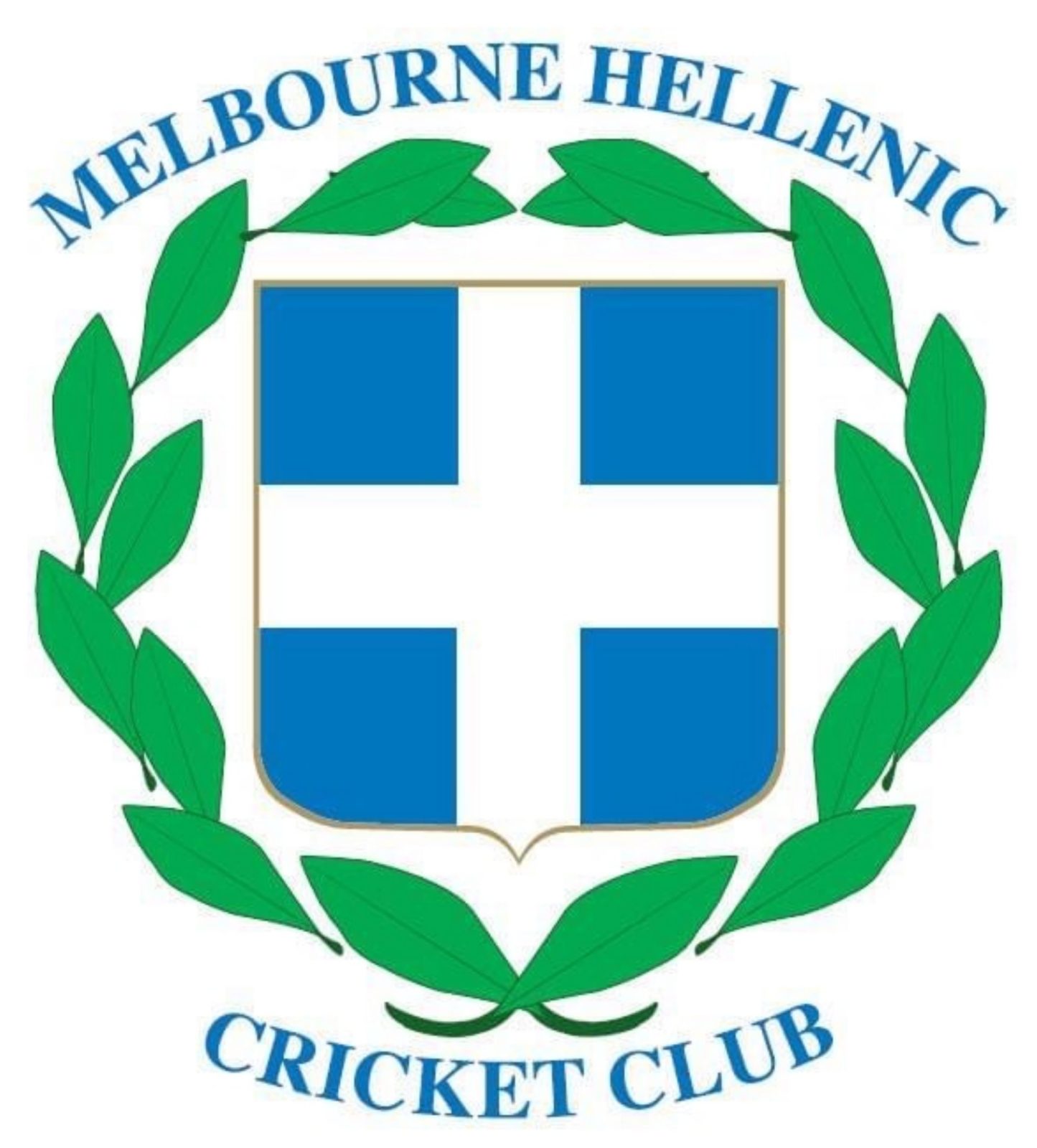 The enthusiasm of Hellenes for the game has seen some achieve fame at the international level, with both Jason Gillespie and Marcus Stoinis representing Australia. And here in Melbourne, with our large Hellenic community, the game has attracted such a loyal following that the Hellenic Cricket Club was formed 8 years ago, playing at its home ground in St Kilda, in the blue and white of Greece. One who has been drawn to the club – and indeed has been its President and Patron – is Lee Tarlamis, OAM MP. And not only that, but Lee is of Lemnian heritage, his father Sam having been born in a village not far from where the Anzacs played cricket over one hundred years ago.
I have found no records of what the locals felt about cricket. We do know that the locals interacted with the Anzacs and other Allied soldiers during their time on the Island. They visited the camps, sold the soldiers food and other goods, and showed them around the Island. They sailed their caique fishing boats across the great Mudros Bay, whose shores were near where the Anzacs played cricket. It would be extremely likely that some of the locals would have wondered over to watch the games, to maybe offer some food or refreshments to the parched and hungry players and spectators. Maybe some of the local juicy oranges or melons that Private Henry Gissing wrote in his diary about enjoying during his days on Lemnos.

So cricket is another sport that connects Greece and Australia, including through the Anzac tradition. It was played on Corfu before and after the great Greek revolution begun in 1821. And it has been played by Hellenes in Greece and in Australia ever since.
Wouldn’t it be great if there was a Lemnos-Gallipoli Cup awarded each year, played in summer in the months when it was played on Lemnos over one hundred years ago, between Melbourne’s own Hellenic Cricket Club and an “Anzac Team” of Australian Defence Force players. What better way to honour the Hellenic history of Australia’s great game of cricket.

Jim Claven is a trained historian, freelance writer and Secretary of the Lemnos Gallipoli Commemorative Committee who has been researching the Hellenic link to Anzac across both world wars for many years. For further reading Jim recommends Lawrence Durrell’s Prospero’s Cell (reprinted 1970), John Forte’s Play’s the Thing A Medley of Corfu and Cricket (1988) and Ivor Tennant’s Corfu and Cricket (1985). Jim can be contacted at jimclaven@yahoo.com.au.