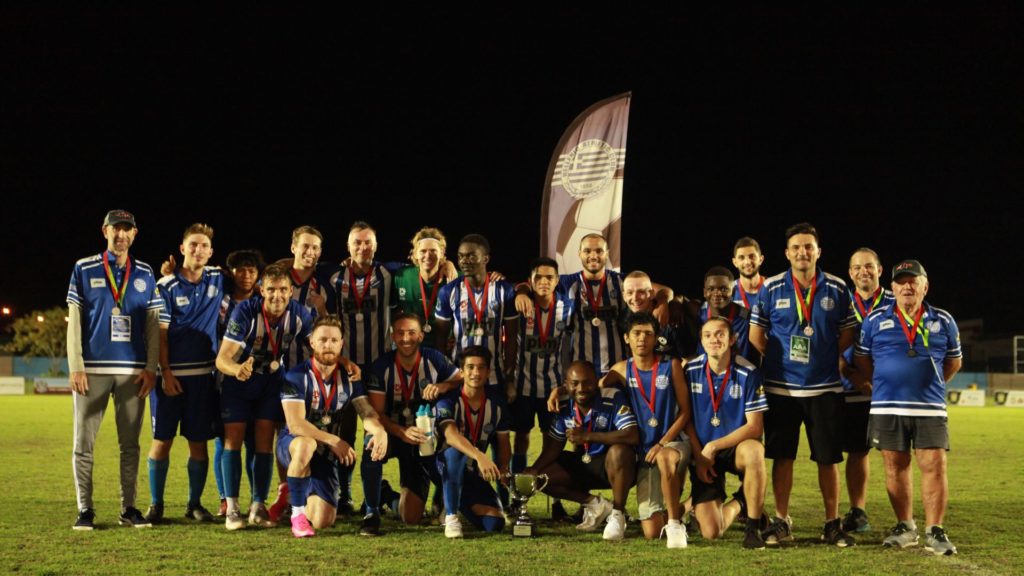 Darwin’s Greek based football club Hellenic Athletic has won the NorZone Premiership for what is believed to be its 24th premiership win, a record in Darwin.

The club established in 1958 became NorZone champions as early as round 17 with a 5-3 win over closest rivals Mindil Aces putting the club in an unassailable lead.

Coached by John Francis, the club only lost twice during the 20 game season interrupted by COVID-19, once early on in the season by Mindil Aces and later on to Casuarina.

The team lead by Captain Warren Barry and 2020 NorZone leading goal scorer Simon Bell, dealt out 66 goals whilst conceding only 19.

Bell scored a whopping 23 of those 66 goals.

“What a fantastic year for the oldest football Club in Darwin with Hellenic winning the 2020 NorZone Men’s Premier League Premiership. In a year in which football and the Northern Territory were affected by Coronavirus, Hellenic came back after the enforced Coronavirus break fit and ready to restart football in the NT,” Mr Stalder said.

“From the day football returned, Hellenic dominated the NorZone Premiership winning the Cup by 14 points from second placed Mindil Aces and scoring 66 entertaining goals in the process. Congratulations to all the players and officials.”