Experts’ Opinions: Budget 2020 and the Greek community of Australia

Australia’s Treasurer Josh Frydenberg released this year’s budget, and we asked economists to look at what’s in it for multicultural communities Neos Kosmos reached out to Greek Australian economists to ask them what the Australia’s Federal Budget for this year has in store for established multicultural groups, such as people of the Greek community. Below are their opinions in response to the question: How will this year’s budget affect multicultural communities?

George Georgiou, Chartered Accountant and President of the Cyprus Chamber of Commerce and Industry in Australia

Perennial favourites such as asset write-offs, apprentice and trainee subsidies, individual tax cuts and infrastructure spending projects are supplemented by fresh initiatives including temporary recoupment of company tax losses and the scrapping of recently introduced laws around responsible lending to free up credit for small- and medium-business owners.

The Government clearly wants us to spend our way out of the recession and they are leading the way with the biggest spending budget in living history. The 2020 Budget is providing business owners with some great opportunities – if you are in a strong enough position to take advantage of what’s on offer.

The Coronavirus handouts will come to an end and businesses will be motivated through the provision of incentives to invest in people and assets. 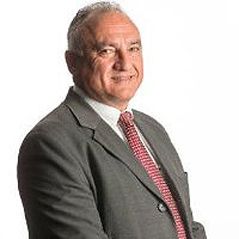 Greek Australian entrepreneurs will be energised by the unparalleled investment incentives announced in the Federal Budget.

And on the consumer front Greek Australians, confidence and demand need to be restored in order for businesses to want to invest. Bringing forward personal income tax cuts and extending the low and middle income tax offset are sensible measures to support this.

This is a Budget for business, new and old. It pulls two fundamental economic levers: productivity and participation.

However, it is clear the estimates are subject to significant uncertainty due to the magnitude and enduring impact of the COVID-19 shock.
To underpin economic growth and boost certainty, we will need to continue to lift interstate and international border restrictions to encourage people to move to where the jobs are, to bring in the talent that other countries will be competing for and increase travel for both business and leisure. Kosmas Smyrnios is an RMIT Professor of Business

Is the Federal Budget the sugar hit desperately needed by the people and businesses of Australia, now?

The budget demonstrates ideology, but virtually no structural, cultural, or social reform.

Emphasis is aspirational, targeting business survival, taxation, employment, and people up to 35 years of age.

Cultural, social, health, and environmental reform should have also been a key plank of the budget.

Population growth, the powerhouse of the economy, will be at its lowest rate since 1917, but ignored.

Australia has a long tradition as a country forged by migration and multiculturalism.

But, multiculturalism does not get a mention let alone a look in.

The Federal Government could have placed greater prominence on inbound/outbound travel and support for multiculturalism.

Stimulating confidence in immigrants to live and invest in Australia is what immigrants are good at. We are pleased that the government is spending on tax cuts, job creation and manufacturing which is what CPA Australia called for in our pre-budget submission. However, even with such an expansive budget, not everyone benefits from the Federal Government’s spending program and most of the measures are temporary.

Putting money back in people’s pockets through tax cuts and extending the low- and middle-income tax offset will give millions of Australians up to $2700 extra in their pockets. By giving tax cuts earlier, the government is hoping to encourage spending and to relieve some of the pressures faced by Australians at the moment. Many small businesses operate as sole traders, partnerships or trusts and these tax cuts will help them with cash flow and put money back into their business.

However self-funded retirees (who do not get the aged pension), who are struggling due to low returns on their investments, receive nothing in the budget. The 2020-21 Federal Budget is rightly focused on economic stimulation but has left out a number of groups from this equation.Low-income earners, older people who have lost employment and people on temporary visas, have not received any dedicated support to meet their needs. ECCV is interested to hear more about how the JobMaker subsidies to support unemployed young people under 35 will work.

Any investment in supported employment needs to be meaningful and aligned with skills priorities, with additional measures built in to support women and culturally and linguistically diverse young people.

Investment in social housing also needs to significantly increase to meet community demand and should be playing a bigger role in stimulating economic activity. We remain worried about declining immigration numbers and what that means for multicultural families and communities across Australia. 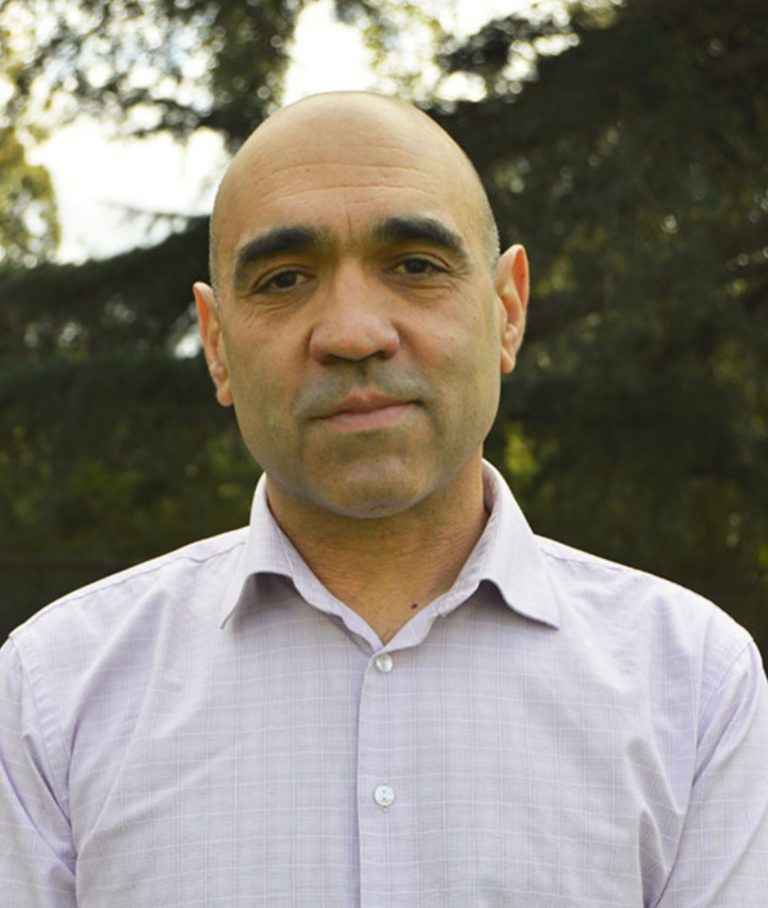 There are a number of measures which will help the small business sector – accelerated depreciation and instant asset write downs for investments made. Against that is the scaling back of JobKeeper payments, which will make it harder for businesses to retain their staff when the payments are phased out over the next six months.

One key issue is the scaling back of the net immigration intake which is expected to weaken demand for residential property over the next two years. The immigration fall is clearly due to COVID-19 restrictions, but the budget papers point to only a slow rebound in immigration numbers when the pandemic is over. A critical aspect of Australia’s economic strength in recent decades will be undermined with the lower level of immigration.

The 2020 Federal Budget was designed to create jobs in order to bounce the economy out of recession.

The Australian economy is expected to make a slow recovery going forward that some economists have described as a reverse square root recovery and estimated to take a number of years.

The 2020 Federal Budget has focused on the creation of jobs as follows:

*To provide incentives for employers to re-employ people who have lost their jobs due to the COVID-19 pandemic and to retain those employees who are currently on JobKeeper when the Wage Subsidy scheme concludes on 31 March, 2021.
*The Budget will retrospectively drop the individual tax rates effective from 1 July 2020 in order to encourage economic spending.
*The introduction of a JobMaker Hire Credit scheme to accelerate employment growth by supporting organisations to take additional eligible employees in the age bracket of 16-35 years.
* Finally, the Government will introduce several relaxed tax breaks that are aimed to encourage businesses to expand their capacity that will create more jobs through the increase in demand of products.

READ MORE: 222 economists ask Australia’s government not to sacrifice ‘public health’ for the sake of the economy 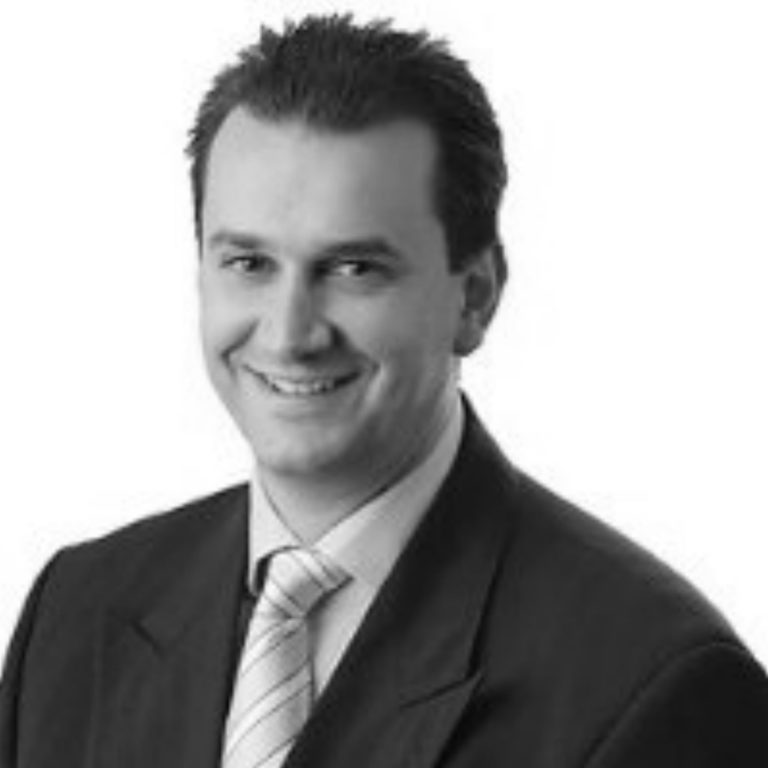 Once again the lion’s share of the nations wealth and the one $triliion borrowed money goes to the very rich and their big business.

Some one earning $200k a year will pocket at least an extra $50 a week in tax cuts for ever, plus $billions in write offs and incentives, whilst a pensioner will get $5 a week for six months , and over one million on disability support pension, job seekers and youth allowance earning less than $18k a year will get absolutely nothing, and millions of low income earners will get no more than $20 a week Health and Aged care get the poor persons treatment instead of big money for the radical change so badly needed right now and future safety. Job creation the central theme of the Governments promises is not based on a sound policy but slogans and expectations that big business will employ more people when their declared position is for more “flexibility” (read less workers ,lower wages and wage theft , more part timers ,work from home).

Unemployment and underemployment will be on the increase , reducing and removing the economic supports it will only make the situation worse. The big money should go to health, education ,pensions, useful social and infrastructure projects, green energy.

The social and cultural needs of the ethnic minorities who were in the front lines of the virus attack and suffered the most during the pandemic , and supply the nation with the industrial work force did not get a mention in the budgets main course. The money allocated has never been fair or proportionate ,nor is it this time either. And we should say so ,instead of some people hand clapping to please the Government.

Pensioners and ethnic minorities have every right to join all others in demanding the economy should work for all the ordinary people.