Frontliners: Funeral directors speak of their exhaustion and palpable grief during the time of COVID 19 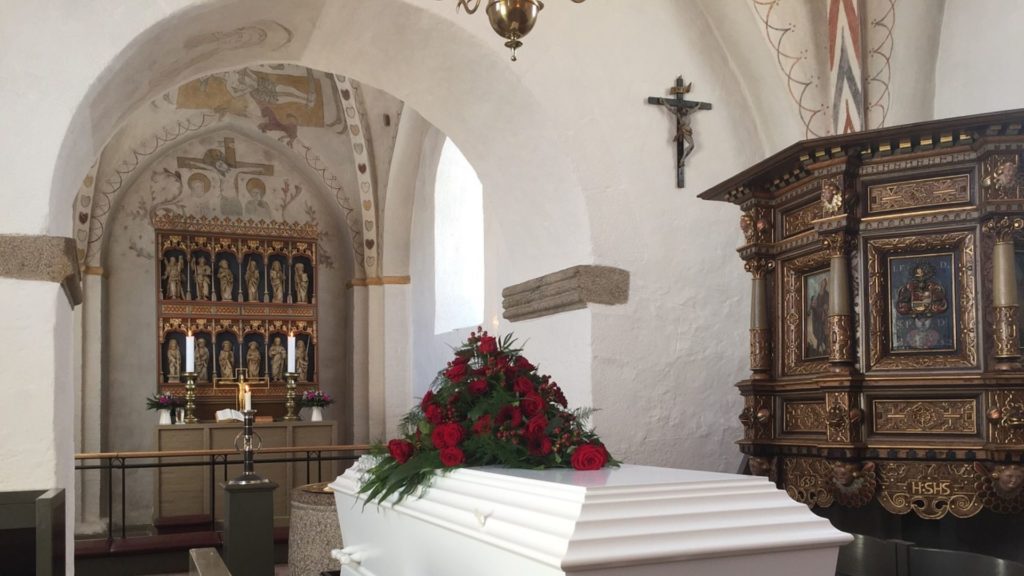 In interviews with seven services, specialising in Greek Orthodox funerals, the directors opened up about their jobs and the anguish of burying members of the Greek community during COVID-19.

One funeral director told of becoming a mourner himself when his mother died in April. Another said how he almost died after he was in a coma for three months with legionnaire’s disease. Other funeral directors spoke of mourners’ heartbreak as they buried their loved ones during COVID-19 restrictions and how some mourners took out their frustrations on them. Some expressed concerns for the well-being of the Greek Orthodox priests, while other funeral directors sought spiritual guidance from the priests. None of the funeral directors contacted had increased their prices.

Since April, funerals in churches in metropolitan Melbourne have been restricted to 10 mourners (not including infants less than 12 months), plus the people required to conduct a funeral. Those left out are able to visit the deceased for viewings, 10 people at a time. People must also wear face coverings and maintain physical distancing of 1.5m.

Despite the difficulties funeral directors were pleased to report that families were all abiding by restrictions.

Funeral directors are also being more careful with their job having changed since the days when they would embalm and handle the body, dressing it all without a face mask. These days, COVID-19 related deaths require funeral directors to wear complete Personal Protective Equipment (PPE) and be fully covered in the mortuary area.

Below are the stories of directors we spoke with:

The managing director of Orthodox Funeral Services, Peter Tziotzis, first raised the issue of discrepancies in official documents with Neos Kosmos, opening a can of worms in our investigations into the matter in last Saturday’s issue. But beyond the confusion regarding COVID-19, he said he had also experienced first-hand the grief of loosing a loved one during coronavirus lockdown when his own mother died in April, but not from COVID-19.

Mr Tziotzis, who has worked in the funeral industry for 16 years, most of those running his own funeral business, said years of experience and the family business’s systems and procedures meant they were able to cope with the large number of burials. He said all his seven staff were Greek Orthodox. When Neos Kosmos spoke to him, he said he had nine funerals that week.

On a personal level he was coping well, but when his spirits were challenged he turned to his faith and Orthodox traditions. “I have support from the priests and receive guidance,” he said. “I tend to pray as much as I can and I ask for God’s help.”

Mr Tziotzis said his own family had been touched by death during the crisis when his mother died during Melbourne’s first lockdown in April, and had various illnesses, but not coronavirus. In respite accommodation, he “could not visit our blessed mother” in person and was only able to see her “through the window, outside in the garden” of the facility before her death, something which caused distress.

“She was very confused. She wasn’t sure of what was going on,” he said. “She couldn’t understand why we couldn’t get any closer.”
He said his mother put her hand on the window. “That’s the rules,” Mr Tziotzis said.

He said priests were in the frontline visiting the ill and comforting the elderly despite church closures.

Mr Andreas Tziotzis and Peter Tziotzis are brothers, but each has their own funeral business. Mr Andreas Tziotzis, a funeral director for 10 years but running his business for eight, said the head of the family had to decide attendees at the funeral, with some churches choosing to photocopy lists for their records.

Like his brother, he had an “annus horribilis” year on a personal level, but his faith had seen him through the ordeal.

“I was in a coma for three months,” Mr Andreas Tziotzis said of his time at the Alfred Hospital’s Intensive Care Unit from 29 February to 1 July. “They thought I had COVID-19, but it was legionnaires’ disease.”

The symptoms were similar to COVID-19, but he had contracted his illness through the soil in his compost bin, which he jokingly refers to as the “Dalek” from Doctor Who.

“Every time you put egg shells and peels in the bin you are supposed to turn it (the soil) over,” he said, but due to his laxness in doing this there had been a build-up of bacteria. “When I opened up the compost… a strong smell came out,” he said, adding he “became septic” and went into a coma and was put on life support. He survived only to find out his mother had died in April.

“I haven’t had time to mourn my mother,” he said. “As the Queen said… it’s been an annus horribilis.”

He said he had only heard of one suicide in the Greek community since COVID-19, however though he had buried a Russian man and a Serbian woman who had contracted COVID-19 at a nursing home he had not buried any Greeks who had died of COVID-19.

Nektarios Georgaklis, co-owner of Joannides Funerals said there were people suffering from prolonged sickness but contracting COVID-19 towards the final stages, therefore families dispute whether such deaths should be considered coronavirus-related.
The living partner is usually the one left to choose the identity of the 10 mourners to attend the funeral, and they do so by filling out a government-provided form which they give to the church or cemetery.

Most of the anger he had seen was directed at facilities where people’s loved ones lived before they died.

“A lot of people haven’t seen their loved ones for two- to- three months,” he said. “They skip that, then see them just before they die.”

Mr Georgaklis’ service, established in 1979, provided photographs of the dead for the family. In cases of COVID-19, open coffins are not allowed so photos increase in importance so that families can see their loved ones beautiful prepared, fitted in a suit, with hair and make-up.

The owner of Victoria Funerals, Chris Stamelos said the last two months had been hard for the families as they waited for funerals. His company were conducted four to five funerals per day and had a capacity for six.

“It’s draining. It’s normal because the family get distressed and they take it out on us,” he said. “It’s not our fault they are waiting for funerals.”Mr Stamelos and his wife had operated the business for 30 years, and since COVID-19 began have sometimes had to do two weeks worth of work in one week working from 6am to 8pm. During first lockdown, the situation had been quiet to the point that coffin manufacturers were complaining.

He also express concern for priests and the problems which closed churches had caused to the community.

“They are in dire straits,” Mr Stamelos said. “How is the priest going to get paid? It’s terrible.”

Theodore Dimopoulos, owner of Agape funerals, found that people were complying with government regulations despite the difficulties this posed and the need Greeks have to show affection.

“Us Greeks, we hug and we kiss,” he said, pointing to the cancellation of condolences. “We are quite tender when it comes to the funeral and the funerals are all empty.”

The huge difference in funerals now has been “quite taxing,” Mr Dimopoulos said, however his experience as a counsellor prior to starting his funeral business with his wife has helped him cope.

A main issue of concern was that families had been unable to see their loved ones in care homes before they died.

“People die in institutions. Now with COVID-19, we are removed even more,” he said.

Mr Dimopoulos said the funeral industry would continue to adjust to the realities of coronavirus. “We have talked about the heroes on the front-line,” he said. “But we are also front-liners. Funeral directors and funeral staff are frontliners.”

READ MORE: Anna and Steven were planning their dream wedding in Greece… and then coronavirus struck

Tobin Brothers’ Nick Kourtessis has been in the industry for 30 years, however COVID-19 has made funerals more complex. “It is very involved and takes a lot of time,” he said of COVID-19 funerals.

Mr Kourtessis said Tobin Brothers had conducted funerals for about 40 Greeks who died because of COVID-19. The families decide who to invite to the funeral and names and contact numbers are kept for 28 days.

“We (funeral directors) cope by feeling good about being able to help someone,” he said. “So, that keeps us going.”

Mr Kourtessis said there had been an increase in suicides since the start of the pandemic and Tobin Brothers’s suicide awareness campaign #ListenNow was designed to help, particularly the youth.

A manager at Allison Monkhouse, Con Caracasidis, said “a lot of people don’t realise how difficult dealing with death is.”

“In youth, middle age and in aged people. Emotions always run high. Grief is a difficult process,” he said, adding that restrictions have stopped important parts of a funeral, such as refreshments afterwards. “And that’s what it’s all about, remembering them,” he said, adding “it’s a big hit on a lot of families” by not having them.

During his nine years in the funeral business he had not noted increases in the suicide rate in the Greek community, however his company were supporters of Beyond Blue.