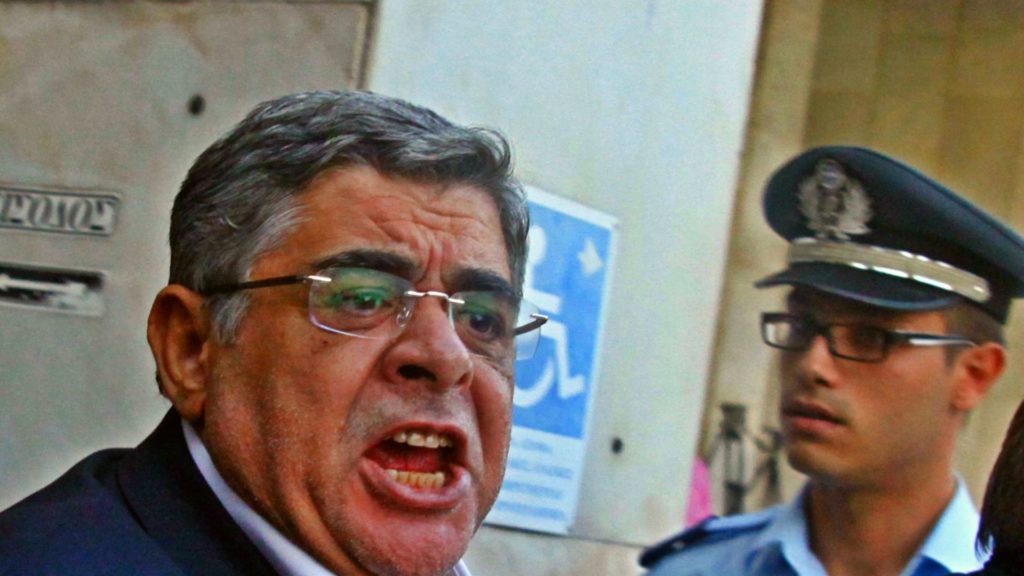 Holocaust denier Nikolaos Mihaliolakos, head of the Golden Dawn party was one of those convicted. Photo: AAP

In a statement provided to Neos Kosmos, the World Jewish Congress (WJC) has applauded a Greek court’s decision to convict the leadership of the country’s Golden Dawn national political party for heading up a criminal organisation. The court also convicted a party member of murder, and 15 others of conspiracy in the case.

At its peak in 2015, Golden Dawn received as much as 7 per cent of the national parliamentary vote and still holds seats in the European Parliament. Other than those acts at the centre of the court’s deliberations, the group is notorious for its history of antisemitic hate speech and desecration of Jewish sites across the country.

The WJC released the following statement in response to the decision:

The World Jewish Congress, in partnership with the Central Board of Jewish Communities of Greece, has consistently opposed Golden Dawn and called for its removal from the Greek political system by legal means.

Wednesday’s decision sends a clear message that Greek society does not tolerate hate and division. We salute Greece’s past and current political leadership for taking the necessary measures to eradicate this abhorrent group’s platform for disseminating hate.

Extremist and neo-Nazi movements, and the rhetoric they espouse, are not only a danger to Jewish communities and other minority groups, they also constitute a severe threat to the basic fabric of our society through their constant challenges to the rule of law.

This decision is not only historic for Greece, but for all those who support democratic values. The World Jewish Congress hopes that legislation and policies that promote education, respect and tolerance will be implemented around the world, so movements like Golden Dawn will never find fertile ground to grow.