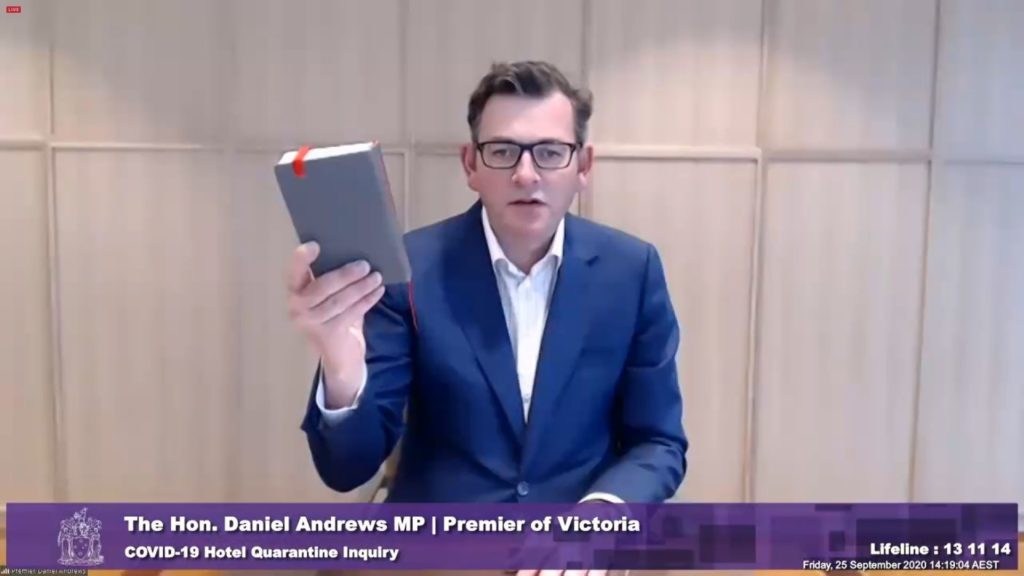 The Hotel Quarantine Board of Inquiry has re-opened due to new evidence.

Inquiry chair Jennifer Coate announced an extraordinary sitting to be held on Tuesday after its lawyers obtained new evidence including phone records, texts and emails from Premier Daniel Andrews, his staff, and the Department of Health and Human Services.

The development on Friday sent tremors through the upper ranks of the Andrews Government, with no indication given by the board on who would be recalled. The announcement came following the inquiry’s procurement of a complete Telstra call log from the phone of former chief commissioner Graham Ashton, which had previously been unavailable.

The DHHS also provided further documents that show that Chief Health Officer Brett Sutton knew private security would be guarding the quarantine hotels on 27 March though he had previously said he found out about it in May following the quarantine breach.

The inquiry’s final report, which was due on 6 November, will now likely be delayed.

The board did not say if government officials, including the premier, would be recalled.