The Kilikidis family have lost their matriarch, mother Katerini aged 110, rumoured to be the oldest Greek Australian 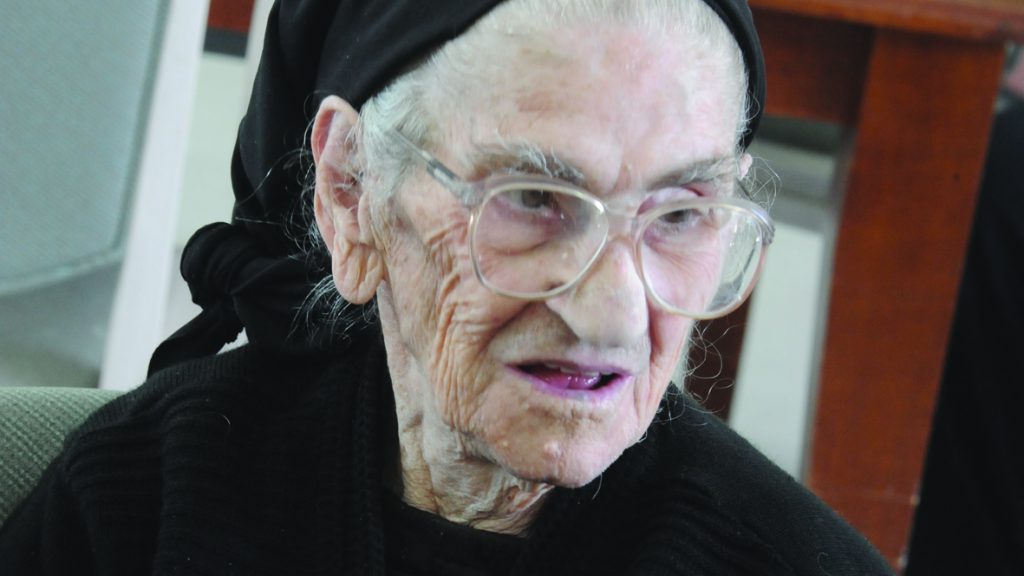 Katerini Kilikidis is rumoured to be the oldest Greek Australian. She passed away on Monday in Melbourne, aged 110.
But it seems longevity runs in this family, as her mother was 110 years old when she died, says her son Anastasis Kilikidis.
“My father left relatively young,” says Mr Kilikidis. He was 93 when his life was cut short by a car accident.
Katerini had four children, the eldest is 86 and Anastasis, at 70, is the youngest. All the children share the same genes and are alive and healthy. The mother of four was also a grandmother, and great-grandmother and great-great-grandmother.
“We inherited good genes,” said Mr Kilikidis, adding his mother was very frugal with food, but very careful with what her children ate.
Katerini Kilikidis lived through the Asia Minor catastrophe in 1922 and survived the difficult overland journey from Turkey to Greece. Surrounded by poverty and misery, her parents uprooted and set up home in Vorenos, a village near Thessaloniki, which was – due to its mass deployment of refugees from Nicomedia in Asia Minor – renamed Nikomidino.
At 19, she married fellow villager, the late Charalambos Kilikidis, until one day, the couple took the plunge on an overseas trip to the country of the south.
In an interview with Neos Kosmos a few years ago, Katerini Kilikidis said: “The village had many Greeks. I did not go to school because the Turks kept it closed. My parents Abraham and Roses spoke Turkish, but we children did not learn the language.
“With the Asia Minor catastrophe, we took to the road by walking through the mountains with our donkeys, and arrived in Greece. I remember the days were very difficult until we reached our destination. The village of Vorenos gave us a home and land to cultivate. It had a church, a school and a grocery store. Unfortunately my parents did not sent me school, so I cannot read.”
She recalls her wedding to Charalambos that she said was a very small affair with “few relatives and fewer friends”.
The family based their life in Footscray, with Turkish neighbours. She says that although the Turkish Australian’s didn’t know her story, they developed a strong friendship up to the day she died.
Ms Kilikidis spent the last eleven years of her life at St Basil’s Homes for the Aged Fawkner, where they cared and looked after her.