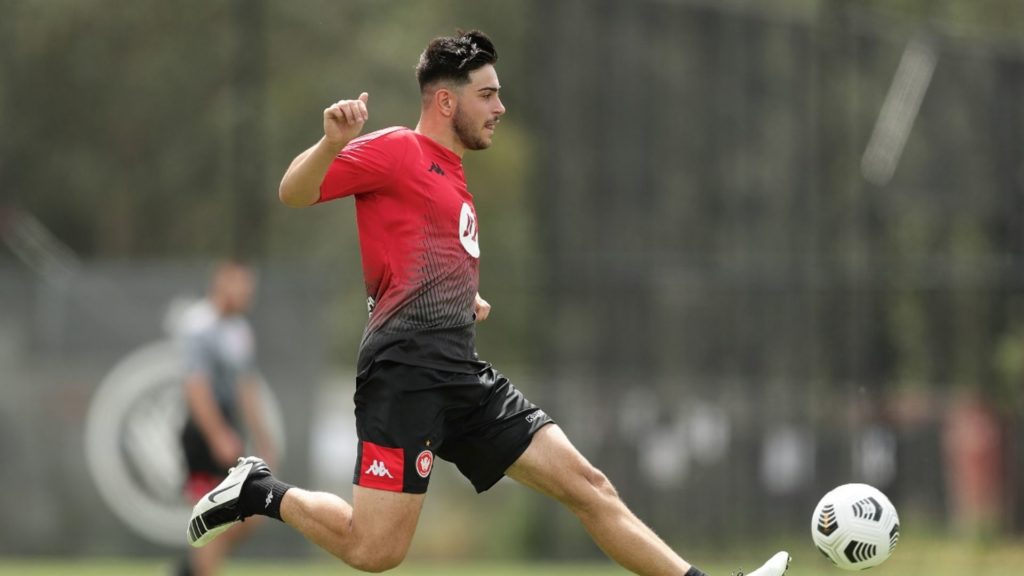 Western Sydney Wanderers’ midfielder Kosta Grozos is looking forward to getting back to playing in full stadiums Photo: Supplied

The A-League pre season is underway, as clubs across the nation gear up to make up for lost time.

In the lead up to the 2020/21 season, Neos Kosmos will be catching up with players and getting to know them off the field.

This week we spoke to young Western Sydney Wanderers’ midfielder Kosta Grozos, who graduated from the youth team in 2018.

He chats about using COVID time off to relax and how football is part of his family’s DNA.

Kosta Grozos set to make a name for himself this @ALeague season: https://t.co/kDjLqM0n9S #WSW pic.twitter.com/7iufeoxrqe

Dad used to play as well, I’ve just grown up with it playing with family.

I usually don’t like staying home, I’ll head out and go see some friends or just keep out of the house because I don’t like sitting at home doing nothing. It plays with my mind too much. I’m not really the type to listen to any particular music except for now, I really just focus on the game and that psyches me up.

I’ve got a soccer playlist! I’ve got two from Pop Smoke, I think he’s the one that I really listen to at the moment and his album. Basically it’s all RnB music, but I don’t listen to anything too hardcore before a game, they get me too gee’d up.

Just trying to stay focused I guess. I mean you hear a lot of the fans and everything around you so you have to try and block that out and stay focused and do the best you can.

For me it would have to be when we won the 2017/18 Y-League championship with the youth team and I captained that side so that’s probably my highlight so far.

It’s impacted it dramatically. I play football every chance I get even with my little cousins, now my brother is playing at the Wanderers with me. So it’s not only impacted me, but my family, my life is basically football at the moment.

I want to leave my mark in the A-League and with the team with the new coach coming in. It’s great that we have older guys that respect the young boys on the team as well.

I’m not as shy as I look and that I’m pretty outgoing. I definitely come across as the quiet type to begin with.

I like to relax and jump right onto the PlayStation. I’m playing FIFA of course. I’m picking up the new console on the weekend.

It was tough but it was good in a way because it was probably the longest break I’ve ever had without playing football. It was a bit of a change but then again it was a good change for the body to recover and get going again. I was mostly relaxing because we couldn’t really go anywhere so just lots of movies and PlayStation.

I’m really looking forward to playing at Bankwest in a full stadium, it’ll be nice to be there again, and travelling with the team.