‘Greece should not become a low-cost investment destination’ 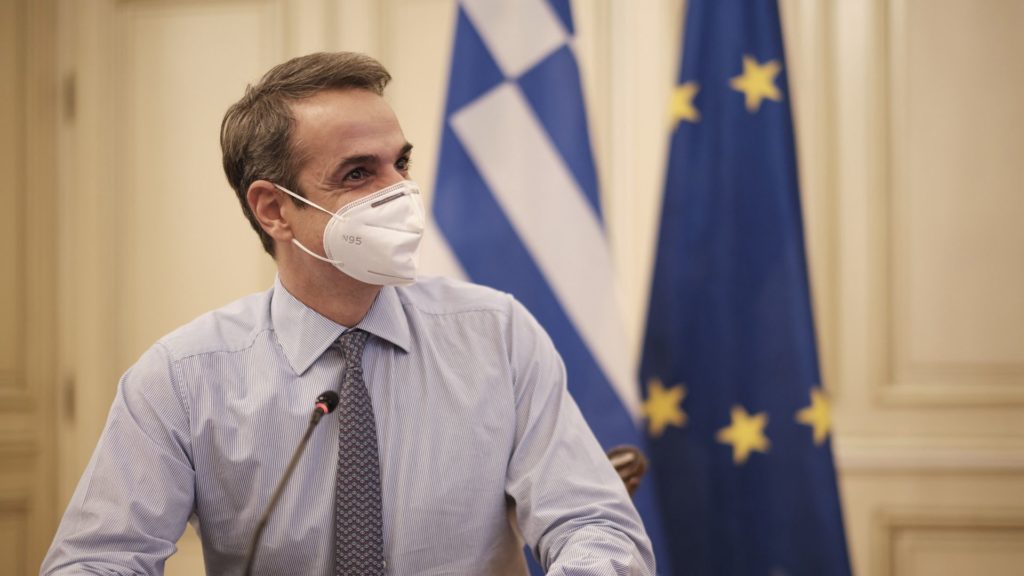 Greece’s Prime Minister Kyriakos Mitsotakis said on Monday that Greece needs to become attractive to investors in more ways than just low labour costs. In a report on developing the Greek economy presented by the Pissarides Committee, he said Greece’s comparative advantage should focus on taxation, the quality of human resources, the operation of the state, transparency, and the independence of institutions. He stressed that Greece should not become a low-cost investment destination.

The report, “Development Plan for the Greek Economy,” was drafted by a committee, chaired by Nobel prize winner in economics Christopher Pissarides, and will serve as “a road map”, the premier said, that will take advantage of the EU Recovery Fund resources. Stressing that the report is not a government plan nor a political document, he called it “a reference text” for Greek society, parties, market forces and parties, and said it would be turned over for public consultation.

Some of the provisions of the plan, he noted, include lower taxes for workers, productive investments, decoupling of public administration from party influence, long-term secretary-general positions in ministries, incentives for more investments in research and innovation, a second and reciprocal supplementary insurance pillar in the social security system, and support of families, especially those with young children.

The report also calls for wage increases, but not with loans such that almost led the country to bankruptcy, the premier stressed. “Where we are truly behind as a country is in improving the productivity of workers and businesses, and for this to happen we have to increase by far the investments happening in Greece,” Mr Mitsotakis said, adding, “Specifically, we have to double them in order to cover this great gap of divestiture accrued during the ten-year crisis.”

Mr Pissarides said that “the main target of our suggestions is the modernisation of Greece, which will result in the systematic increase of real per capita income, in order to gradually come to match the EU average. In addition, basic goals during the convergence process is to support social cohesion, particularly through social mobility and the upgrading of opportunities for weaker households, and to improve environmental returns.”

He noted that this final report had introduced new directions compared to the intermediary draft presented this past summer, and provided greater focus on Greece’s technological upgrade, including digital infrastructure and greater, more productive extroverted companies. “It will also increase employment, both through reducing unemployment and through increasing the participation in the labor market of underemployed groups of the population, such as women and young people,” Mr Pissarides said of the plan.

The teleconference was attended by several cabinet members and consultants for the premier, as well as professors from here and abroad.