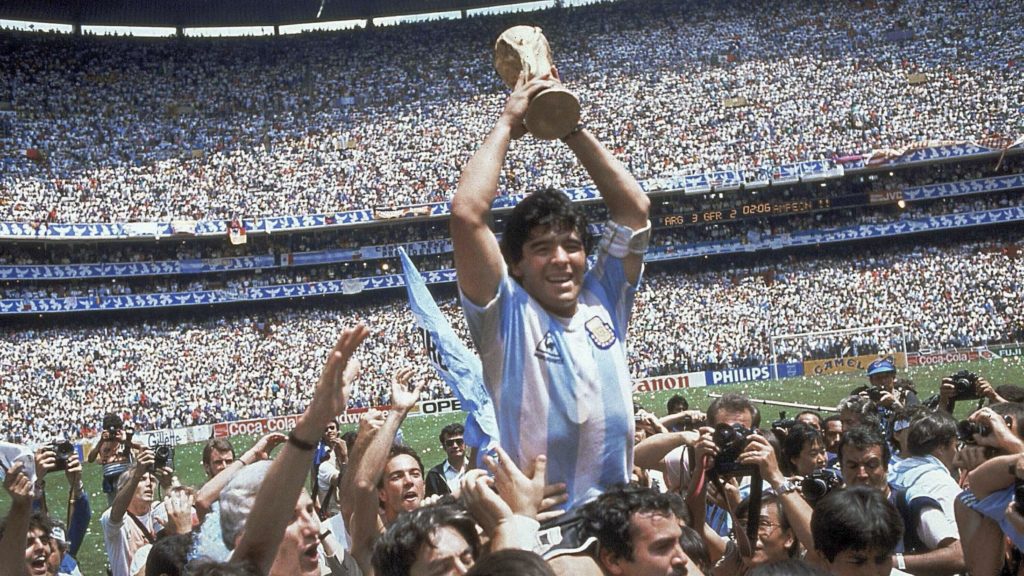 Growing up a street urchin in the Villa Fiorito shantytown on 30 October, 1960, he had a natural genius for football and will to succeed was what drove him, however the adulation is also what gradually crushed him. The fifth of eight children, he was given a football as a gift for his third birthday and the game consumed him. At eight, he joined Las Cebollitas (The Little Onions), a feeder team for the Argentinos Juniors. The coaches asked him to bring ID once they saw him as they couldn’t believe that someone so young was doing what he was doing.

He became the youngest Argentine player to play for the national team, making his debut against Hungary. He played 490 official club games during his 210year professional career, and scored 259 goals.

He scored his last goal in an official game against Greece in the 1994 World Cup before he was sent home for doping.

With a penchant to mischief, he was notorious for controversies, bizarre behaviour and drug abuse, however his weaknesses never diminished from the love which Argentinians felt for him, especially the poor who saw him as an escape from their collective frustration.

He won club titles in Argentina and Italy and the 1986 World Cup with his national team with many regarding him as the best of all time, and legendary Brazilian Pele also another serious contender.

Pelé and Maradona jointly won FIFA’s Player of the Century in December, 2000.