During the Navarino Challenge 2015 at Costa Navarino on September 13, 2015 in Romanos, Greece. Photo: Vladimir Rys

The Messinian land constitutes a special and historic place for the Greek Revolution of 1821. It is a region where some of the most important battles were given, such as the battle of Sphacteria, in Niokastro, the battle of Maniaki, which cost the life to the Greek hero Papaflessas, but also the naval battle of Navarino which essentially sealed the end of the Revolution and marked the liberation of Greece, resulting in the establishment of the modern Greek state.

Run Messinia is an ultramarathon race of a total distance of approximately 421 kilometers, a tribute to the important events and unforgettable battles of the heroes of 1821. At the beginning of March 2021, during the “Run for Freedom” edition, 10 runners will attempt to run 10 long distances, in 10 days, crossing historical places and monuments of Messinia, which are related to the Greek revolution.

Every day, a total of 10 runners will participate in each race. The ambassador of the Run Messinia – Run for Freedom will be the remarkable Greek American ultramarathon runner Dean Karnazes, one of the 100 most influential people in the world, according to TIME magazine. Karnazes will run all 10 races, in 10 consecutive days. At this point, we should note that a lot of American volunteers fought heroically alongside Greeks during the Greek Revolution.

In the context of his participation in this historic ultramarathon, Karnazes stated: “As a proud Greek-American, it is a great honour to be part of this historic undertaking which recognizes and celebrates Greek independence on this momentous 200-year anniversary. The run will not be easy, though neither was the Greek fight for freedom”. Maria Polyzou, the Greek running champion, born in Patras, who won the First Gold Medal in the Balkan Marathon race, the first Greek woman to compete in a marathon at the Atlanta Olympic Games in 1996, the woman who holds the Greek record in the Marathon (2:33:40) and completed the Pheidippides Feat Athens-Sparta-Athens 524km run and eventually an endurance running coach, said about this project: “This is an event that honours the great war of 1821. It is very important that the Greek revolution will be recognised by a race like the ultramarathon and that we will honuor the cities from which the revolution began in our own way. I wish you good luck in the event. I am by your side”.

The region of Messinia led the Greek War of Independence, with chiefs and politicians originating from the specific area, while their descendants still play a leading role in the political and social life of Greece. On the eve of the 1821 Revolution, where revolutionary upheaval prevailed throughout Greece and mainly in the Peloponnese, with the start of the Revolution already being decided, Messinia contributed with a number of warlords and fighters who had been initiated for the purposes of the Philiki Eteria “Friendly Society”, such as Theodoros Kolokotronis, Grigorios Dikaios or Papaflessas, Nikitaras, Anagnostaras, Papatsonis and many more.

The event honours these great heroes of 1821 who led the War battles to the liberation of Greece. The greatest moment in the history of Messinia and especially of Kalamata was the liberation of the city on March 23, 1821, when the Greek chiefs, with the assistance of the fighters from Mani under the leader Petrobey Mavromichalis, entered the city and liberated it.

In collaboration with the world-famous Peloponnesian ultramarathon runner, Karnazes, the event highlights the values ​​of the heroes who covered long distances on foot with great vigour and self-denial in order to fight and move from city to city, comparing these values with the ones that we find today in the long distant running. After all, running is a sport that was born in Greece. A long-distance race demands much more from the athlete than the shorter distance races, not only physically but mainly psychologically and mentally.

This race, taking place on the mountains offers the athlete the opportunity to experience situations that no other road race can offer. The challenge is great, as so is the reward. In Run Messinia, each athlete competes not only with other runners, but also with the mountain and nature itself, as well as his own personal boundaries. The event came to highlight the importance of overcoming adversities and never quitting, values synonymous with those of the 1821 Revolution and Greek History in general. As the athletes consider it impossible to achieve the 10 long distances within 10 days, similarly, people considered the result of the Revolution historically impossible. 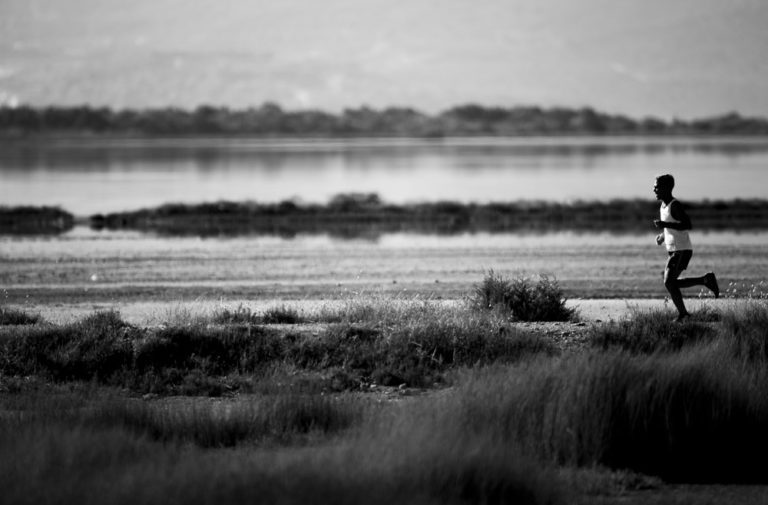 421km run in the Messinian land

The event aims to highlight the history and feature both culturally and touristically all the areas associated with the Greek Revolution in Messinia. The starting point of “Run for Freedom” will be Areopoli. Runners will have the opportunity to pass through historical places of Messinia such as Kardamyli, Verga, Kalamata, Nedousa, Poliani, Skala, Neochori, Katsarou, Solaki, Meropi, Loutro, Diavolitsi, Kallirroi, Ramovouni, Maniaki, Kato Minagia, Koroni, Methoni, Neokastro, the village of Kremmidia, Schinolakka, Paleokastro and of course to finish at the historic Pylos.

Messinian ultramarathon runner Vassilis Koumanakos, who has completed the “Marathon de Sables” 260km race in the Sahara desert, said about his participation in Run Messinia: “It is a special honor to run in the footsteps of great warriors and visit their dens, which were the strongholds of the Greek national liberation war of ‘21. What we will remember is that FREEDOM is not just a word in our national anthem, but it is a situation for which we
must fight every day. And this struggle determines our Fate”.

Participations in the race will be by invitation only, while very few spots will open to the public. The event will be held in accordance with the strict health protocol and the approval of the Health Scientific Committee of the General Secretariat of Sports, with respect to the Covid-19 pandemic conditions. Watch the teaser video of Run Messinia here:

More information on the dates, schedule, routes and details of Run Messinia will be announced in the upcoming weeks.