Mitsotakis urges people in Thessaloniki to get vaccinated 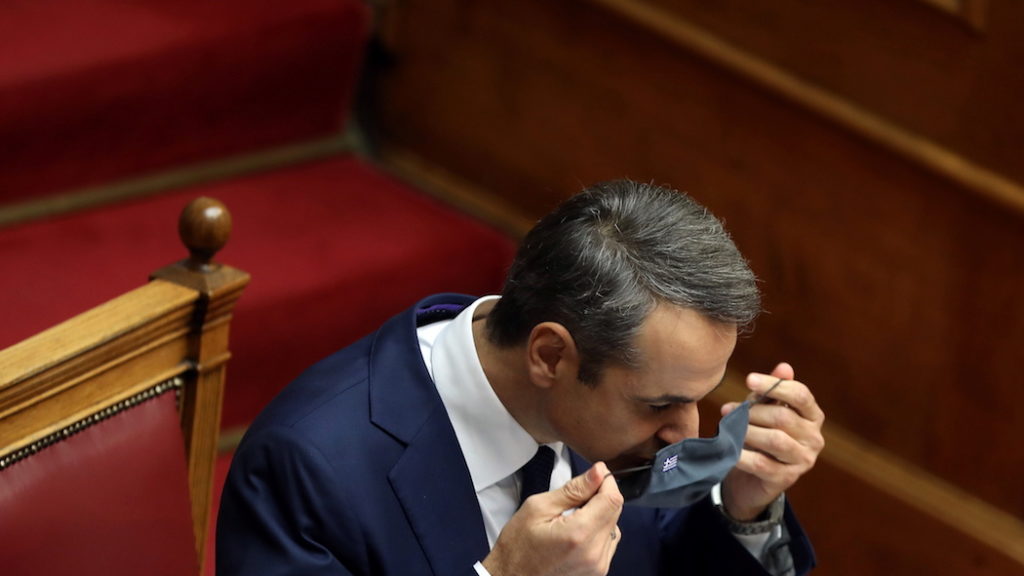 Greek Prime Minister Kyriakos Mitsotakis visited Central Macedonia on the weekend, urging people to get the coronavirus vaccine as soon as it is made available.

Thessaloniki has seen a rapid increase in Covid-19 cases, with many patients in the ICU at the moment.

Mr Mitsotakis visited Ippokrateio, the city’s central hospital, to meet the health professionals fighting the second wave. The Greek PM thanked personally the teams of nurses and doctors, and told the press that even though the country’s National Health Service is under tremendous pressure, “it still stands and it will continue to stand”.

“It’ll be free-of-charge, it will not be mandatory but we rely on the common sense of our fellow citizens,” Mr Mitsotakis said stressing that he expects as many citizens as possible to get the vaccine.

Meanwhile, the Greek government is considering another extension of the nationwide lockdown as well as the curfew until 14 December due to the daily increasing figures of deaths and intubations.

This has lead to at least twenty-one members of the Greek Parliament to committing working on a voluntary basis for Greece’s National Health Service (NHS), known in Greece as ESY.

George Lambroulis, MP for the Greek Communist Party and Vice-President of the Parliament was the first to request to be excused from his parliament duties in order to volunteer in a hospital.

Deputy Health Minister Vassilis Kontozamanis said that Greek members of Parliament who wish to offer their services as doctors in fighting the coronavirus pandemic will have to sign a contract with the NHS, work a full-time schedule and face the same liabilities as other NHS staff.

According to AMNA, since Mr Lambroulis volunteered 10 MPs from the main opposition SYRIZA-Progressive Alliance party, four MPs from New Democracy, five from KINAL party, and another MP from the Greek Solution party have volunteered.