The Cannons have reentered the football sphere with faith and optimism 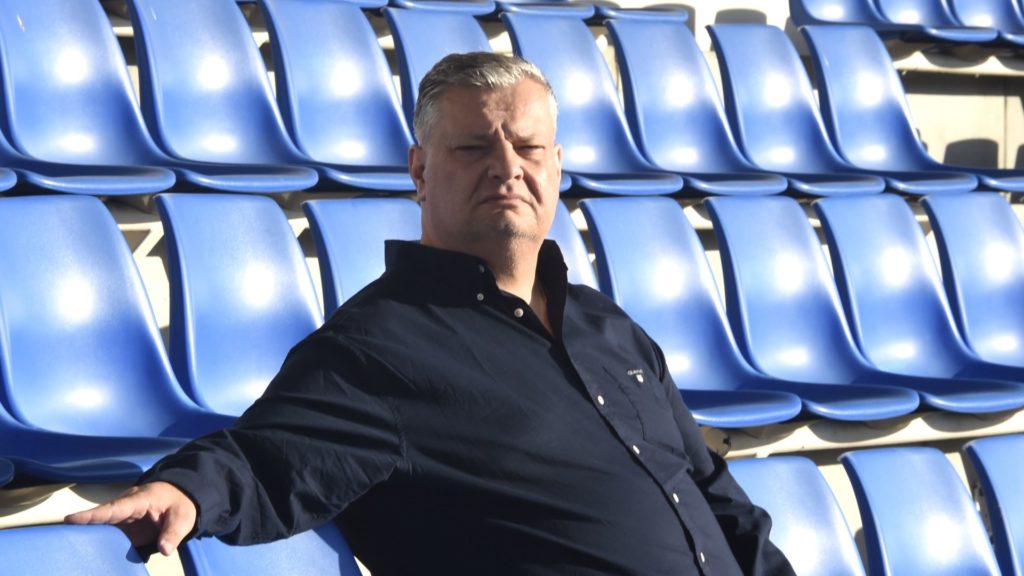 Renewed and optimistic about the future of the Oakleigh Cannons, is general manager of the club, Akis Ionnas Photo: Costas Deves

For the first time in four months, the Oakleigh Cannons kicked off their training at the Jack Edwards Reserve on 9 December, in preparation for the new NPL season starting in late February 2021.

Chris Taylor was present with the rest of the coaching staff, the players, members of the club’s board and the ardent friends of the Cannons.

Unfortunately when the pandemic broke out, defender Scott Robinson returned to Perth whilst midfielder Harry White returned to England to be close to his family. Last Wednesday, the absence of 34-year-old Goran Zorić was also felt, who after 10 years with the Cannons moved on to Westgate.

The second training session took place on Tuesday, followed by another before the short break for the Christmas days, with the intensive preparation program starting on 4 January. The team will play its first home friendly match at the end of the month.

On 4 February, as part of the new football season preparation, the Cannons delegation will head up to Albury for five days where they will play a friendly against Goulburn Valley on Saturday, 6 February.

“We experienced primitive situations, we went through difficult times and football could not remain unaffected. The lockdowns affected us all, but even more so the children who stayed away from their favorite sport for many months. Let’s hope we do not return to such unpleasant situations.”

He also had some words regarding Chris Taylor’s men’s team and the impact of COVID-19:

“We had aspirations for a championship. We worked hard in the preparation and during the transfer window, remarkable players came and the team was ready to claim titles. This, after all, was evident from the premiere and from the five games we managed to play before the break. It was the best start Oakleigh has had in seven years.”

What is Oakleigh’s goal this year?

Our goals are clear! Championship, as has been the case for years. The Board and I have complete confidence in Chris Taylor and the players, along with the four youngsters who recently came in with the transfer window.

But there is one absence that we all feel is a little weird and that is Goran Zorić. His absence will be felt by all of us. Goran, apart from being an important player, has great character. This is how we felt when Giannis Chonos had decided last year to finish up his career.

Recently, a giant light board was placed in the eastern part of the stadium. What other upgrades can we expect at the Jack Edwards Reserve?

The chairman of the team Kon Kavalakis, in collaboration with other members of the administration, is the person who is constantly in contact with the council and other bodies for any upgrades that have been made and will be made in the future at our headquarters.

The huge light board is of the latest technology and gives the stadium a different look. A few months ago, the synthetic grass on the secondary field was reconstructed, while the big vision of the club remains the construction of a modern covered grandstand in the northern part of the Jack Edwards Reserve. The success in what we have achieved belongs to all members of the Board.

Our president of 14 years Stan Papayianneris has made a huge contribution to the club, along with all the members of the council who work as a family.

What do you see in the future of the A-League and the proposed National Second Division?

If we all want to see football advance in Australia then we need to support the A-League, all the more so now that the effects of the pandemic have greatly impacted it. The national championship is the elite of Australian football and without it we will not go anywhere. Oakleigh, like me, has been in favor of the NPL.

After all, as a club we are on the list of 35 AAFC member teams. But for the new National Division to stand, there must be a viable economic plan.

We experienced difficult situations in 2020 that I hope will never return. The problem is still there but at least here in Australia it is limited.

My main wish in the world of Oakleigh, but also in the whole sports community in general, is to be healthy, to stay safe and to celebrate with their own people on the festive days of Christmas.

ON MARADONA AND ROSI

Akis Ionnas did not fail to mention the loss of Diego Maradona that shocked the world as well as that of Paolo Rossi:

“They passed away and now belong to the strong group of angels. We will remember their achievements and the glamour they gave to world football.

Diego as the most charismatic footballer of our time and Paolo for that unforgettable hat trick with Brazil in the 1982 World Cup.”

All games will be played at Jack Edwards Reserve Main Stadium