Red-Whites take all the honours in Athens derby against AEK 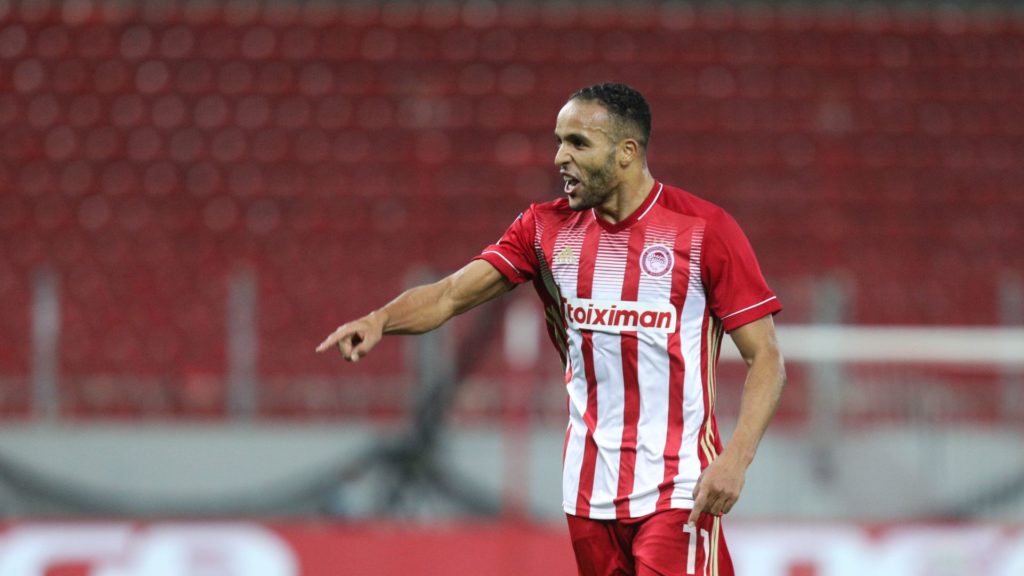 The North African forward missed a good chance in the 10 minutes into the match but made amends three minutes later when he connected with a pass from Frenchman Yann M’Villa to head the ball past AEK goalkeeper Panagiotis Tsintotas for the first goal of the evening.

Although Olympiacos dominated possession, the team made no further impression on the score in the first half.

Six minutes after the break, AEK’s Andre Simoes failed to take advantage of a dangerous counter attack with just goalkeeper Sa to beat.

At the other end, El Arabi was not so charitable when scored his second after a fumble by the AEK keeper. The in-form striker has an enviable tally of 13 goals in 12 Super League games.

Olympiacos substitute Matthiew Valbuena completed the rout at the death with a last-minute penalty.

The result sees Olympiacos leading the pack on 35 points after 13 games, ahead of Aris on 29, PAOK on 28. AEK lies 11 points behind the log leaders, on 24 points.