How COVID-19 saved the English language… for a while

Mangling and abusing English should be a crime. We shouldn’t have to wait for a health disaster like COVID-19 for plain speaking 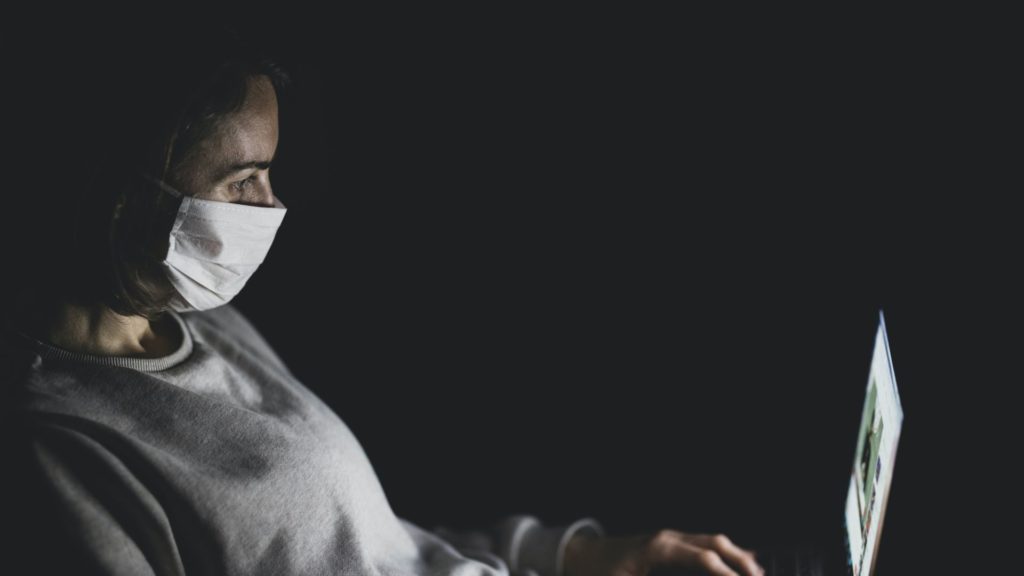 As I walked wearily last January through the valley of the mangled English language, tripping over every misused and abused word, I wondered how much gobbledegook we would be exposed to in 2020.

How many times would we have to hear about “connectivity’’, when what people really were was “connected”?

How many times would we have to wish that people who said “about this space’’ or “in this space’’ would be sent to outer space?

Above all, what was the point of the word “point” being added to everything? A public service information area at Flinders St Station isn’t a “Help point”, it’s just “Help” . A “touch point” is a touch screen. My 87-year-old mother doesn’t use a “single point ” walking cane: she’s always used a walking stick.

But a few months into 2020, a once-in-a-hundred-year health crisis came long in the form of COVID-19 and provided a tonic for western society’s nonsense talk ailment.

The year started off in Australia with the usual manglers: the on-line job websites and politicians.

In February, employers advertised for a “Brand ambassador’’ , when what they really wanted was a telemarketer or supermarket demonstrator (seek.com.au 10/2/2020) . International eatery Subway was asking for a “Subway sandwich artist” (seek.com.au 10/2/2020) when all it really wanted was a kitchen hand. Then there was this gem: a job vacancy in “Australia’s leading financial service provider in the credit impaired consumer segment’’ (seek.com.au, 21/2/2020) to describe NCML, a debt collection agency.

Pediatrician and federal ALP parliamentarian, Dr Mike Freelander, (Macarthur MHR) said in February it was “a form of developmental apartheid” that Australians in disadvantaged regions of Sydney were sometimes waiting years to be diagnosed with developmental conditions thereby delaying their access the government’s National Disability Insurance Scheme (NDIS) that was designed to help them. (“AM” radio program, www.abc.net.au, 13 February 2020).

As coronavirus started slowly closing down Australia from mid-March, much of the usual doubletalk started shutting down too. In Melbourne, from lockdown in April to hard lockdown
between 2 August to 28 October, language in the public domain became plainer. It was as though the harder the lockdown, the more directly public figures spoke.

The chief executive officer of Australia’s peak indigenous body, the National Aboriginal Community Controlled Health Organisation (NACHO), Aunty Pat Turner, was clear about coronavirus’s potential impact on first Australians. She said based on the Severe Acute Respiratory Syndrome (SARS) pandemic in 2003, if the coronavirus got into remote indigenous communities

“We are gone’’, coronavirus would be ‘‘catastrophic’’ for indigenous people with multiple health problems and asked “the army and healthcare to assist’’. (“Speaking Out” radio program, www.abc.net.au, 22 March 2020).

Prime Minister, Scott Morrison, also started speaking clearer as the crisis gripped. Gone were the phrases he said in March of needing to “get on that bridge to the other side’’ of the pandemic, to “flatten the curve’’ and how the economy was merely in “hibernation’’.

READ MORE: Ah, memories of 2020. Why it’s important to remember our COVID holidays, good or bad

On 2 September the government announced the economy shrank by 7 per cent – a figure only rivaled by the contraction in the Australian economy of 9 per cent during the Great Depression in the early 1930s. The next day, Prime Minister Morrison told parliament Australia was not immune from the “…global pandemic recession. This is having a terrible impact on this county” (House of Representatives official Hansard, 3 September
2020, p115, www.aph.gov.au ).

In handing down the country’s budget the following month in October, Mr Frydenberg was equally plain-spoken. “Mr Speaker, COVID-19 has resulted in the most severe global
economic crisis since the Great Depression” and “There remains a monumental task ahead”. (“Budget speech 2020-21’’, 6 October 2020, Home | Treasury Ministers).

It is historical why the USA has a major sales day named “Black Friday” . There are some links to a gold buying scam in the 1800s.

Philadelphia police in the 1950s coined the term to explain the hoards of people who descended on the city and shops the day before the army/navy football games, on the Saturday. Then retailers nationally adopted the term in the 1980s as a retail discounting day and to kick- start the holiday buying season. (Sarah Pruitt, “What’s the Real History of Black Friday,” www.history.com).

But to refer to “Black Friday” as a sales campaign in Victoria and Australia is offensive to many. “Black Friday” for many of us is a solemn day so named to mark the worst fires the newly-federated Australia had seen in January 1939, until the “Black Saturday” fires in Victoria in February 2009,and then that became our worst.

Mangling and abusing English should be a crime. We shouldn’t have to wait for a health disaster like COVID-19 for plain speaking. If mangling and misrepresenting the English language continues, English words that have shaped and defined us, rich with meaning and steeped in history, won’t mean anything at all.