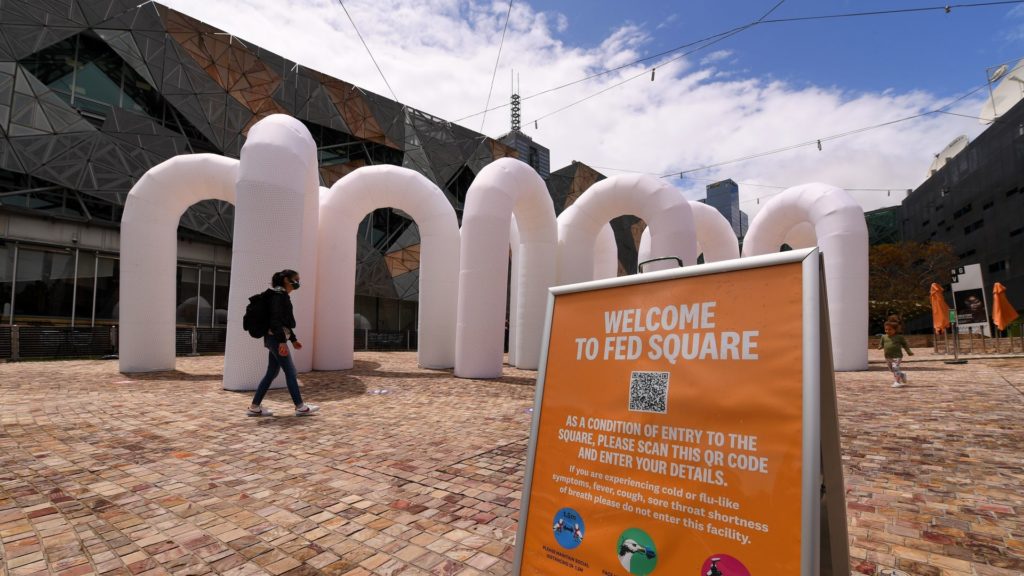 Victoria’s active cases rose to 41 on Wednesday with three new COVID-19 cases detected – one locally transmitted and two in hotel quarantine – following more than 37,000 tests were conducted in 24 hours.

South Melbourne shoppers are advised to be on high alert after two cases were detected in hotel quarantine.

The Department of Health and Human Services (DHHS) has directed anyone who visited the Nike store from 12-12.45pm on 30 December to be on alert as a positive case shopped in the store on 30 December from 12pm to 12.45pm. Another shopper visited Culture Kings Melbourne on Russell Street between 1pm-1.30pm on 30 December. Other hotspots are Sri Lankan restaurant Tamarind 8 in Narre Warren on 30 December from 6.30-7pm and Nandos on Elizabeth Street in Melbourne on 1 January from 2am-2.30am, with patrons visiting the restaurants at these times advised to quarantine and get tested.

The Black Rock outbreak has affected 14 households and currently is responsible for 27 active cases.

READ MORE: Ah, memories of 2020. Why it’s important to remember our COVID holidays, good or bad

Victoria’s plan had been to return half of the private workforce to their jobs next week and half of the public workforce by 8 February, however this is now in jeopardy with the public health team having been asked to review the plan.

Discussions are set to continue today.

Victoria’s border policy is in tact despite thousands of the state’s residents caught in NSW limbo. So far, just 57 exemptions have been granted whereas 153 emergency workers and people requiring urgent medical care told they need not apply.

Meanwhile, leading epidemiologists are monitoring the situation with some calling for the Australian border workers to be “immediately and urgently” vaccinated so that the highly infectious strain from the UK does not spread into the community after four cases of the highly infectious strain were detected in hotel quarantine and a potential fifth is being investigated.