Greek Australian man hijacks the annual Blessing of the Waters Left, the initial cross bearer who only gave the cross back following police intervention, and (right) Andreas Pavlos. All photos: T. Maios

Epiphany celebrations, the annual Blessing of the Waters, took an unexpected turn yesterday at Glenelg in Adelaide, when a Greek Australian man in his late 40s decided to hijack the event.
The Greek Australian man  did not register for the event and also failed to follow the rules, giving himself a massive headstart. The man, named Victor, was already in the water prior to the commencement of the ceremony and as soon as Bishop Silouan threw the cross into the water, he rushed in from underneath the jetty instead of starting with the other participants from the shore to retrieve the Holy Cross.

Despite being told by the church officials that he did not play fair, the man continued to insist he was the rightful victor and demanded to receive the gold cross necklace which is traditionally reserved for the first place getter, stating that he would otherwise take the wooden cross home with him.

Father Con Skoumbourdis from St George parish and other church officials kindly tried to convince him to give the wooden cross back as he had retrieved it illegally, and even went as far as to offer  him another cross as compromise, but the man refused to listen.

The crowd who had witnessed what had happened gathered around the man also trying to convince him to give the cross back.

Eventually police had to intervene, and the man was forced to hand the cross back.

READ MORE: Diver catches the cross at Port Melbourne but gets insults instead of God’s blessing 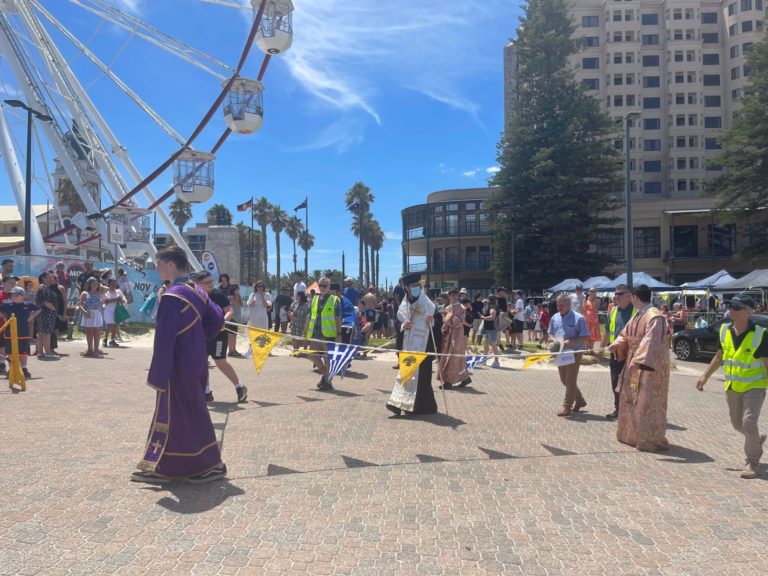 Church officials congratulated the real winner, 20-year-old Andrew Pavlos, who had followed the rules and deserved to be named winner.

“This is not about who gets the cross. It is about honouring our Greek Orthodox religion and traditions,” the 20-year-old plumber, with family roots from Edessa and Cyprus, said.

“May the Lord bless Victor and hopefully this will not happen again,” father Michael Psarommatis told Neos Kosmos, while also advising the police that the church did not want to take any further action against the man.

The ceremony was initiated by Bishop Silouan who arrived at Glenelg wearing a mask after having quarantined following his flight from Sydney.

READ MORE: Greeks gather to celebrate a different kind of Theophania at Frankston and Geelong

The Bishop was given a ‘cultural exemption’ to attend the event, with special requirements including a police escort while he was also followed around with a rope to make sure he kept his distance from the crowd. 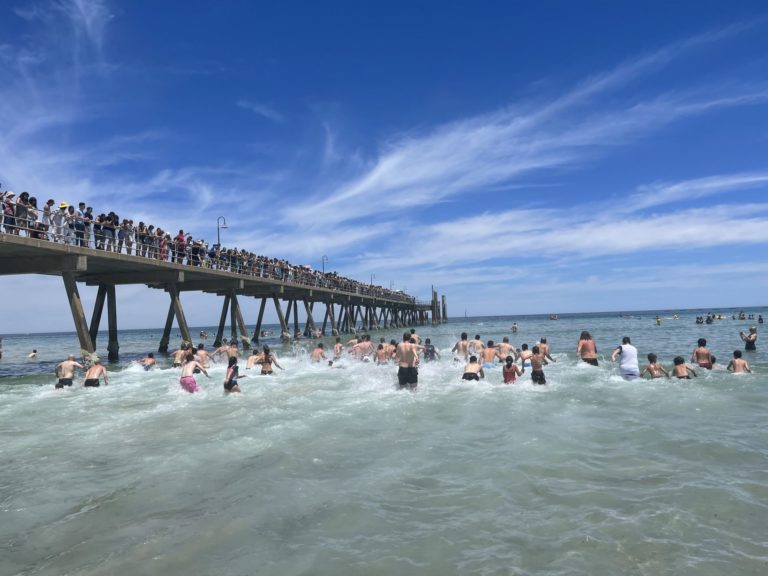