Tsitsipas and Sakkari to come to Australia with positive mindsets 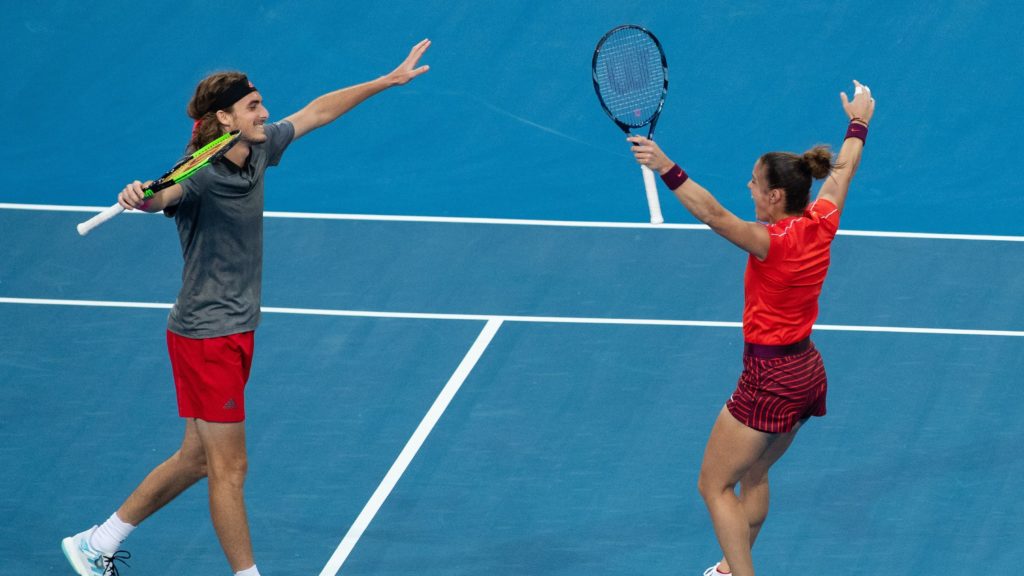 Greek players Maria Sakkari and Stefanos Tsitsipas are coming to Australia with the best of mindsets for the ATP Cup (1-5 February) and the Australian Open (8-21 February).

Neos Kosmos’ sources state that ninth-seed Sakkari is arriving on Saturday and will self-quarantine before taking to the courts.

Ahead of her arrival, she unveiled her Greek-inspired logo on Instagram. “Considering it is the start of the year and I am going to Australia to reunite with a fantastic 🇬🇷 community, I believe there is no better time to unveil my logo,” she wrote on Instagram.

“One of the greatest civilisations of the world has become the inspiration for the birth of my logo,” she said before sharing it. She said that she draws “a lot of resilience and inner strength from this beautiful land”.

“I hope it embodies not only tradition, but also the resilience of our nation and its people,” she said.

Following her defeat to fourth seed Aryna Sabalenka, Sakkari was happy to have been in the top five. The Greek player is now setting her sights on the Australian Open.

READ MORE: Tsitsipas and Sakkari are coming to Melbourne for the Australian Open

“There are many players that can win a title,” she told SDNA. “There will be slaughter, there will be a battle as to who will succeed, because there are many who are playing very well at the moment. Until then a lot will change, of course. I am very positive and believe that it will go well. But even if it doesn’t, it’s not the end of the world.”

Former World No 5 Tsitsipas has also been tipped to do wonders. An aggressive baseliner, he is one of the few modern-day players who use the single-handed backhand.

Though last season was not the best for Tsitsipas, he managed to reach the semi-final at Roland Garros, which was his best-ever performance at the event and it is hoped that he will give a worthy performance in Melbourne where he has many fans.