The Origins of Greece’s Modern Crisis 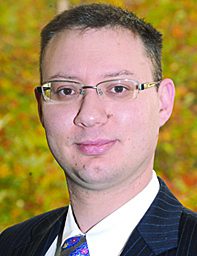 The lecture Kapodistrias & Trikoupi – The Origins of Greece’s Modern Crisis will be given by Mr Dean Kalimniou, as part of season two of the Greek History and Culture Seminars 2013.

Mr Dean Kalimniou is a Melbourne solicitor and freelance journalist.

The seminars are held by the Greek Orthodox Community of Melbourne and Victoria.