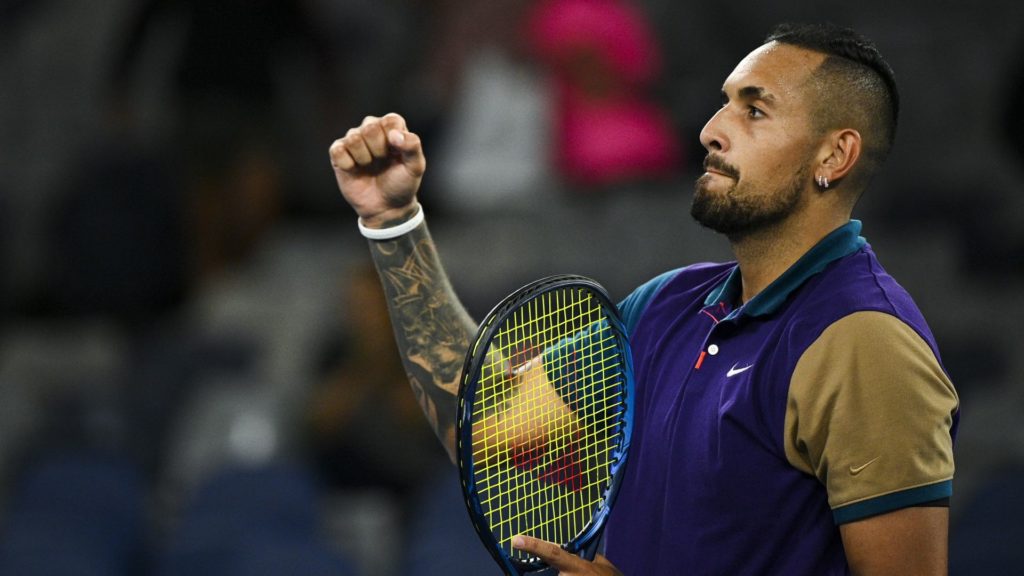 Nick Kyrgios reacts during his first Round Men’s singles match against Federico Ferreira Silva on Day 1 of the Australian Open Photo: AAP Image via Dean Lewins

During yesterday’s post-match press conference, Nick Kyrgios says he will not be taking any of Novak Djokovic’s comments to heart pointing to the world no.1’s behaviour during the pandemic.

Kyrgios knocked out Portuguese qualifier Frederico Ferreira Silva in straight sets before facing the media. He hit back at Djokovic’s comments made before the Grand Slam began in which he said that  “does not respect” the 25-year-old off the court.

The young Australian tennis star did not seem phased by the Serbian’s comments, saying that he was surprised that his off-court behaviour was more favourable than his on-court displays.

“It’s a strange one for me, because, you know, I read his comments, he said he doesn’t respect me off the court,” Kyrgios said.

“I’m like, it actually would make complete sense to me if he was like, ‘look, I don’t respect the guy on the court’, because I understand if he doesn’t agree with some of my antics on the court that I have done in the past.”

READ MORE: Djokovic on Kyrgios: “Off the court, I don’t have much respect for him”

The world no.47 also pointed out that their actions differed greatly throughout the pandemic last year with Kyrgios staying put in Canberra and making efforts to help others by “delivering food to people during the pandemic that didn’t or couldn’t get the supplies”.

Kyrgios said Djokovic chose instead to go ahead and run Adria Tour events in Serbia and Croatia, where players contracted the coronavirus. He went on to party shirtless with said players those events.

“Heck of a tennis player, but unfortunately someone that’s partying with his shirt off during a global pandemic, I don’t know if I can take any slack from that man. That’s as bad as it gets for me,” Kyrgios said.

Whilst waiting for the next question from a reporter whose microphone had been accidentally muted, the 25-year-old cheekily praised himself for his response.

“That was a good answer bro. Bang,” he said laughing.

Both players have won their respective first round games. Kyrgios will return to the court tomorrow to play French world no.29 Ugo Humbert.