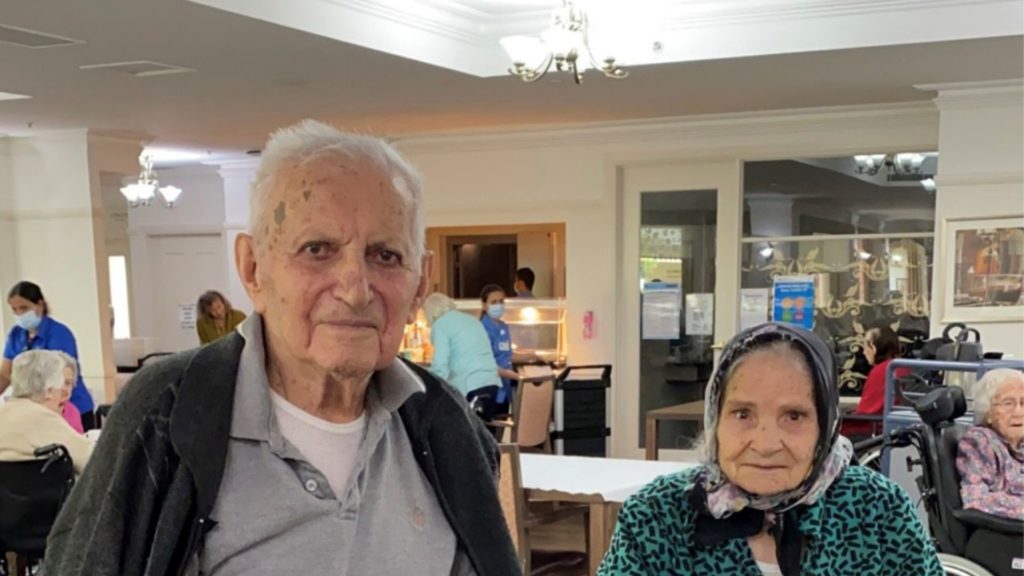 Christos Sotiropoulos who is 100 years young with his wife, Vicky. Photo: Supplied.

Christos Sotiropoulous turns 100 on Saturday, 20 February and his family will be there to celebrate with him a life well lived.

“My Pappou came to Australia 56 years ago in 1965. He strived with many challenges and succeeded with his beautiful wife, Vicky (now 97 years old), by his side,” said granddaughter Olivia Maglasis.

When Mr Sotiropoulos was asked what was the secret to his longevity he said: “A wonderful and caring woman by my side, good food, a loving family and don’t sweat the small stuff”.

Over the past year he has lived in a nursing home with his wife, Vicky, and both are still going strong.

They are surrounded by family and friends who love and adore them very much, said Ms Maglasis.

“Happy 100th birthday, Pappouli. We all love you so very much.”