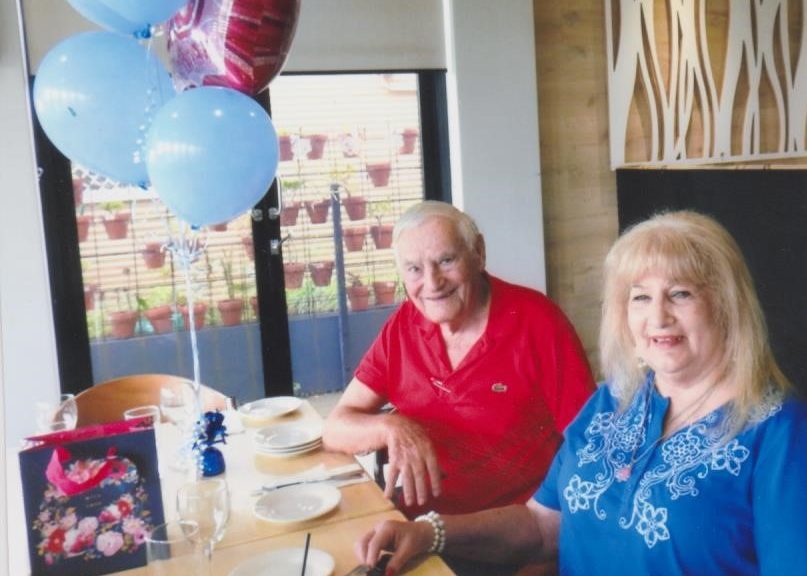 John met Mitzi in Greece where she was born and brought up in a sequence of events that feels like a fairytale.

Mr Carras, saw Mitzi and was taken by her beauty as she was qualified for the Star Hellas national beauty pageant. Once they met, they discovered an emotional and intellectual connection that was above and beyond any expectations!

The couple married in 1961 in Greece and have been inseparable since.

Not long after their wedding they relocated to Sydney, but in 1965, they returned to Greece.

During their stay in the motherland, Mitzi worked with famous Greek actress Aliki Vougiouklaki as her double. Two of the films she took part in are ‘The teacher with the blonde hair’ and ‘Neraitha and Palikari’. At the same time, John was a soccer player for A League club AEK.

In the years that followed, John and Mitzi made the joint decision to move back to Australia, in Brisbane, where they are to this day.