A noticeable side effect of low-confidence economies is that businesses start to behave more like spectators than participants, notes Mark Bouris in this week’s column 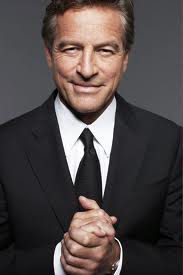 A noticeable side effect of low-confidence economies is that businesses start to behave more like spectators than participants. They enter a limbo where they are waiting for a ‘sign’.
This is concerning in a nation like Australia, where in a population of 22 million we have 2.1 million business owners.
But you can establish your own sense of the economy and decide on your own confidence. Here are five indicators you can analyse for yourself:
1. Growth:
Australia’s growth in gross domestic product is currently around 2.4 per cent per annum, which is below the 50-year average of 3 per cent but higher than the current average of developed economies (1.6 per cent). Growth is a measure of how much an economy is expanding each year and is a good starting point for confidence: Australia’s GDP growth is forecast to end 2013 at 2.3 per cent and rise to 2.8 per cent in 2014.
2. Inflation:
Inflation is the measure of how much the cost of goods and services rises in one year. Australia uses the Consumer Price Index which averages the prices in a basket of 11 typical consumer items. To get the inflation figure, the RBA uses different analyses of the CPI. The one that matters is probably the ‘trimmed mean’ which takes out the anomalies. If inflation is too low, there is not enough economic activity; if inflation is too high, there is too much activity. The perfect zone is between 2 and 3 per cent. The current rate is right in the middle and expected to be the same in 2014.
3. Employment:
The rate of unemployment is important for predicting spending and confidence. Unemployment is currently rising off a low base and expected to be close to 6 per cent by the end of 2013. When you consider that France has unemployment around 11 per cent and the USA has 7.7 per cent, Australia is not looking too bad. Our average unemployment rate since 1978 is 6.95 per cent.
4. Interest rates:
The Reserve Bank can lower official interest rates to stimulate borrowing and spending, and raise rates to slow exuberance. The current official rate is 2.75 per cent – the lowest it has been in 50 years.
5. Government net debt:
There are many arguments about what constitutes problematic government debt. The real problem is that the more the government owes, the more it has to use tax revenues to repay debt. Australia’s net government debt is around 12 per cent of GDP. Compare this to the US on 89 per cent and the UK on 86 per cent.
Anyone can keep an eye on these basic economic indicators and come to their own conclusions. The Reserve Bank of Australia and the Australian Bureau of Statistics have excellent web sites and news alerts, and we can all use them.
You can’t change economies, but you can absorb information, decide on your own levels of confidence and plan accordingly.
Be informed – take back control.
* Mark Bouris is the Executive Chairman of Yellow Brick Road, a financial services company offering home loans, financial planning, accounting & tax and insurance. Email Mark onmark.neos@ybr.com.au with any queries you may have or check www.ybr.com.au for your nearest branch.