Greece’s Finance Minister Christos Staikouras, asked by the diaspora to showcase what his legacy will be, said: “I have had the chance and the privilege to be the minister of finance over two periods, the period from 2012-2015, with mnemonia (Memorandum of Understanding) in Greece and the period from 2019 until now with the coronavirus crisis. All these periods are difficult periods. I always exercise my duties guided by my country’s and citizens’ interests. As for what I would like to leave behind is a productive, strong, extroverted and internationally competitive and strong economy.”

In an optimistic presentation of Greece’s economy, he shared facts, figures and thoughts with Greek Australians as guest speaker of the Greek Australian Open Dialogue series organised by Paul Nicolaou, Director of the Australian Chamber of Commerce and Industry Business Leaders Council, and Katia Gkikiza, Trade Commissioner of Greece.

Fresh from receiving praise at the Eurogroup, where Italian European Commissioner Paolo Gentiloni welcomed Greece’s progress in the ninth enhanced surveillance, Mr Staikouras reiterated targets and plans to get the economy back on track just before heading to an Ecofin meeting to present Greece investment, reforms and economic plans before rounding up his day with a discussion in Greek Parliament on the Hellinikon Project in a binding agreement set to offer more opportunities for foreign investors.

In the hopes that the promising figures would grow, Mr Staikouras outlined the package of support measures implemented by the Greek market to the tune of 24 billion euros in 2020 and 11.76 billion euros in 2021 in the hope of bolstering Greece’s business environment, diversifying production, fostering productivity through investment and innovation and boosting employment. A year since the outbreak of the health crisis, the Greek finance chief said that both society and the economy have been “severely tested” and that “no country in the world was prepared for the changes and upheavals caused by the COVID-19 outbreak”.

The lockdown is costing Greece around 750 million euros ($902 million) per week, he said.

Mr Staikouras showcased a “holistic growth-friendly approach” of the Greek government which resulted in the economy contracting by only 8.02 per cent in 2020, 2 per cent lower than initial prognostics and indicating a better recovery once the crisis is over.

For a sustainable recovery, international cooperation would be required. 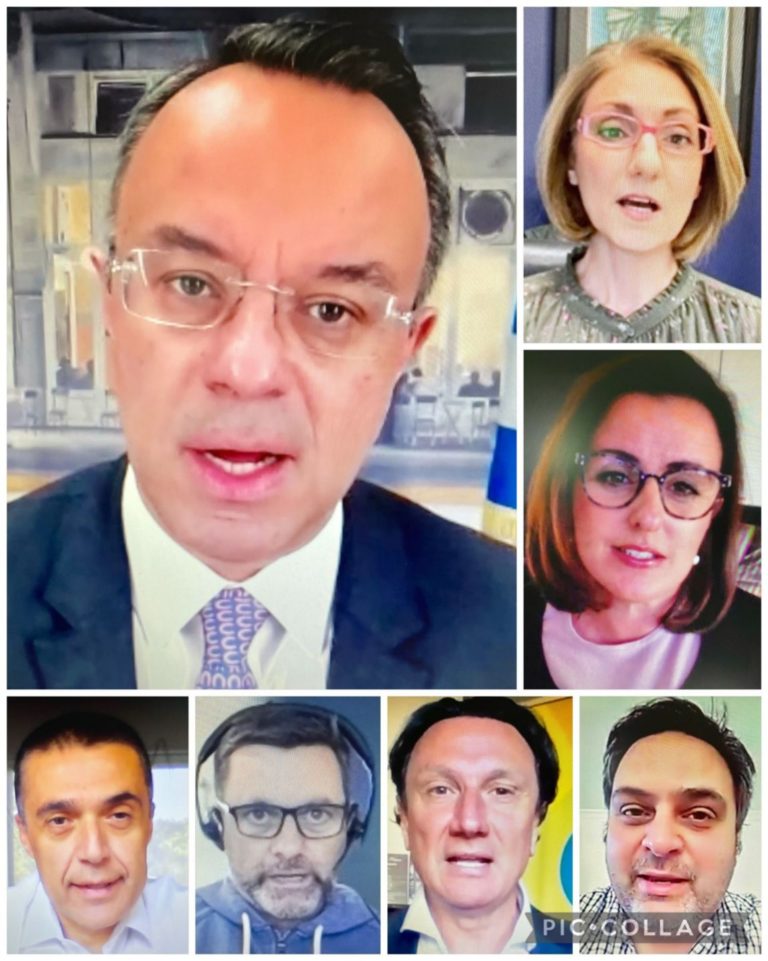 Specific measures which have helped the business community were showcased, such as interventions to reduce taxes and subsidies for businesses and a recently enriched legal framework for providing incentives to support healthy entrepreneurships and investments and human capital in the country.

Mr Staikouras pointed to “investments which even in the midst of the pandemic were strengthened with significant foreign investors like Microsoft, Pfizer, Cisco, Volkswagen, giving a vote of confidence in the economic policy implemented by the government.”

He said Greece was “working to address remaining vulnerabilities to successfully impact population movement and geopolitical turbulence and ensure a solid base for recovery.” He said “a series of investment-friendly tax initiatives had been taken” including reforms to the Greek tax system and its implementation of incentives to draw retired citizens, self-employed workers including digital nomads to move to Greece. He made mention of the digital transformation of the public sector, driven by the pandemic, to help cut through red tape.

“Along with the challenges, there are also opportunities,” he said.

Asked about when the double tax agreement between Greece and Australia will finally be concluded to the relief of Greek Australians with interests in Greece, Mr Staikouras said that Greece “has always been keen to conclude a tax treaty” since negotiations had first begun in 1983.

In October 2020, Greece joined efforts with nine other EU member states in a letter addressed to Australia’s Treasurer Josh Frydenberg. It called for the expansion of Australia’s tax treaty network in line with the 2017 EU-Australia framework agreement. 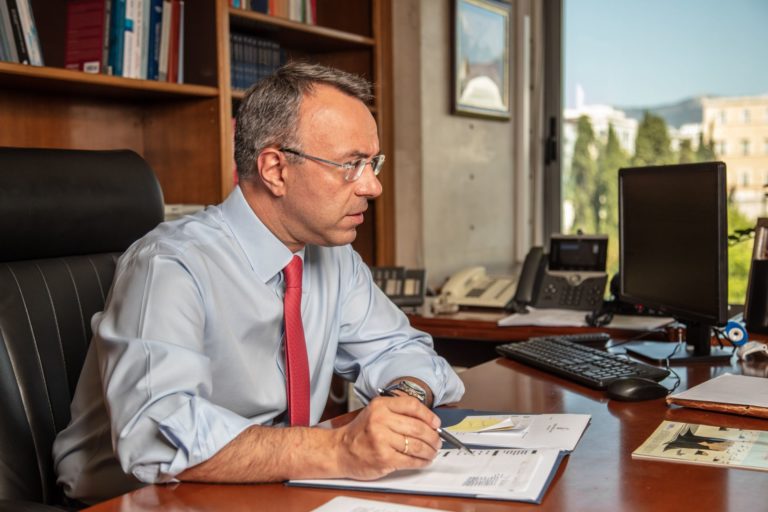 When will Greek tourism rebound?

Greece may open its tourism in 14 May, but the figures won’t rebound to 2019 figures. Mr Staikouras said that 2020 figures were 20 per cent of pre-COVID figures. Projections give hope that 50 per cent of tourism achieved in 2019 would return “which is a much better figure than 2020”. Greece expects 7-9 billion euros, “but everything depends on how we proceed at the European level”.

“As far as German archives are concerned, there’s no doubt that there was a commercial transaction with several interest payments that were actually made by Nazi Germany to Greece but for some strange reason, which we cannot come to grips with, the principal and interest owing to Greece for which Germany is liable for has not been made,” Mr Haralambopoulos said. “It is as if the entire issue has been swept under the carpet.”

Mr Haralambopoulos sought to see the 75-page report created by a number of officials from the Central Bank. He said, “I hazard to say, if there’s one problem facing Greece it’s not the budget, but a lack of transparency by the government, an area in which Greece has been perpetually failing.”

Mr Staikouras paused before addressing what he said is a “sensitive issue”, adding that the issue is one of “important humanitarian, national, economic, social and historical aspects”. He said a working group of senior officials had been set up in September 2012 to search through records, a process completed in March 2013.

“In May 2014, as deputy minister of finance I set up a special committee to get the amount of claims of the Greek state from the German reparations and occupation loan, a needed step in order for the legal council of the state to formulate as a provisioned for the constitution a proposal to handle the case due to its special historical political and legal interest,” he said, adding that the work was completed on 30 December 2014 and is available in Greek Parliament.

“The issue of German reparations and the occupation loan remains open. Greece has never given up its demands. It is in an issue which both countries must approach with respect to historical truth and in a serious manner,” he said.

Pressured about the legal pressures being applied to German for the return of the “commercial loan” which appear to have no repercussions for Germany.