Homer’s ‘The Iliad’, a triumph at Fairfield’s amphitheatre Audience members gathered for a performance of the Iliad at the Stork Theatre, Fairfield. Photos: Jim Claven

What an honour it was to experience the Stork Theatre’s latest production, a public reading of Homer’s The Iliad in Melbourne’s own amphitheatre in Fairfield. What an opportunity to experience the story as it was intended to be – heard rather than read – and by some of our most accomplished and aspiring actors.

As we arrived, the Melbourne sky appropriately threatened a downpour but it was not to be. I was full of anticipation having witnessed their memorable 2018 12 hour marathon performance of The Odyssey. Along with the rest of the crowd, I was not disappointed.

Those attending included Melbourne’s new Greek Consul General, Emmanuel Kakavelakis, many of Melbourne’s literary community – I saw the writer Arnold Zable listening attentively – as well as local MP Ms Kat Theophanous along with former Hawke Government Ministers the Hon Barry Jones and the Hon Brian Howe. An audience in love with the classics!

The scheduling the performance into three sessions, with the inspired inclusion of the dramatic traditional Japanese drummers complementing the theme of war, paced the whole performance – totaling some 8 hours – such that I for one was hardly aware of the time, surely an indication of a good production.

For me the selection of Books from The Iliad was excellent (for those interested, Books 1, 3, 6, 9, 18, 21, 22 and 24). To have covered the whole of The Iliad would have required a performance lasting three days, so a selection was necessary. All Iliad lovers have their favorite passages. For me, Stork Theatre’s selection revealed the main themes of the book and some of its best writing.

I have long been a fan of The Iliad. Firstly it contains some great dialogues – between gods and warriors, commanders and soldiers, men and women – dialogues drawing on human experience. At one level it is a love story, of Helen and Paris, of Andromache and Hector – and of the revenge of the cuckolded husband Menelaus. It is also a story of overbearing pride and its consequences, of men being sent to war to avenge one man’s pride, of feelings of destiny and fate, of not being in control of events, being driven by forces greater than one’s self. And above all the interfering Gods on Mount Olympus, favouring some and condemning others, quarrelling and fighting amongst themselves, all the while determining the destiny of the mortals below.

Central to the book is the terrible reality of war. In this The Iliad continues to speak to all soldiers down the centuries – the thunder and carnage of battle, blind rages in the midst of the fight, suffering and inflicting terrible and deadly blows, no mercy for the enemy, the terror of defeat and fury of victory – a story of blood and bronze, life and death. I doubt that anyone who has heard or read The Iliad would not be moved by its descriptions of the rage and violence of battle.
In this regard, it was a master stroke to include Books 16 and 22 in the readings. In the first we hear of Patroclus’ rage in battle and the brutal descriptions of “man killing man”, of spears piercing flesh and bone, tearing off limbs, of heads smashed, of bones splintering and eyes filling with blood, of soldiers acting as “wolves make havoc among lambs”, with death coming in the form of “darkness closing over the eyes” of the dead. The second tells the story of the other great clash of the story, of Achilles and Hector, hearing of the death of Hector as Achilles’ pushes his spear through his throat as he wishes Hector’s body to be torn by dogs and vultures. Responding to his rage, Achilles’ men surround the body, stabbing it before Achilles ties it to his chariot and drags it around the walls of Troy. These words are some of the most graphic written about war. At the same time within this rage we are made aware of the overwhelming sense of loss, with comrades dead or dying, the bonds of comradeship broken by death and of terrible revenge.

A ray of hope is proffered in the humanity shown in Book 24 in the meeting between the Torjan King Priam and the Greek warrior Achilles. Despite everything, despite Achilles’ hatred for Hector the killer of his comrade Patroclus, in the end they see the humanity in each other. Over a meal they come together, Achilles agreeing to not only return Hector to his father, but to prepare his body for burial and give an assurance that there will be no Greek attacks during the eleven days of mourning.

Some of the most powerful passages in the book are those given to women mourning the loss of loved ones. Who cannot be moved by the words of Andromache to the Trojans in Book 24 as her husband Hector’s body is brought back into Troy, calling on those who saw him off to battle with cheers, to now look at him at his mutilated dead body. She wails from the ramparts of the city, reminding all that she has lost a husband, a father to her son.

It is no wonder that readings of The Iliad have proven a powerful aid to those seeking to heal returned soldiers, broken by the trauma of what they have experienced. Bryan Doerries has created the Theatre of War, a project that brings these themes from ancient Greek literature through readings to veterans and their families, helping them along a path of healing. His book on the subject is appropriately subtitled – What ancient Greek Tragedies can teach us today. 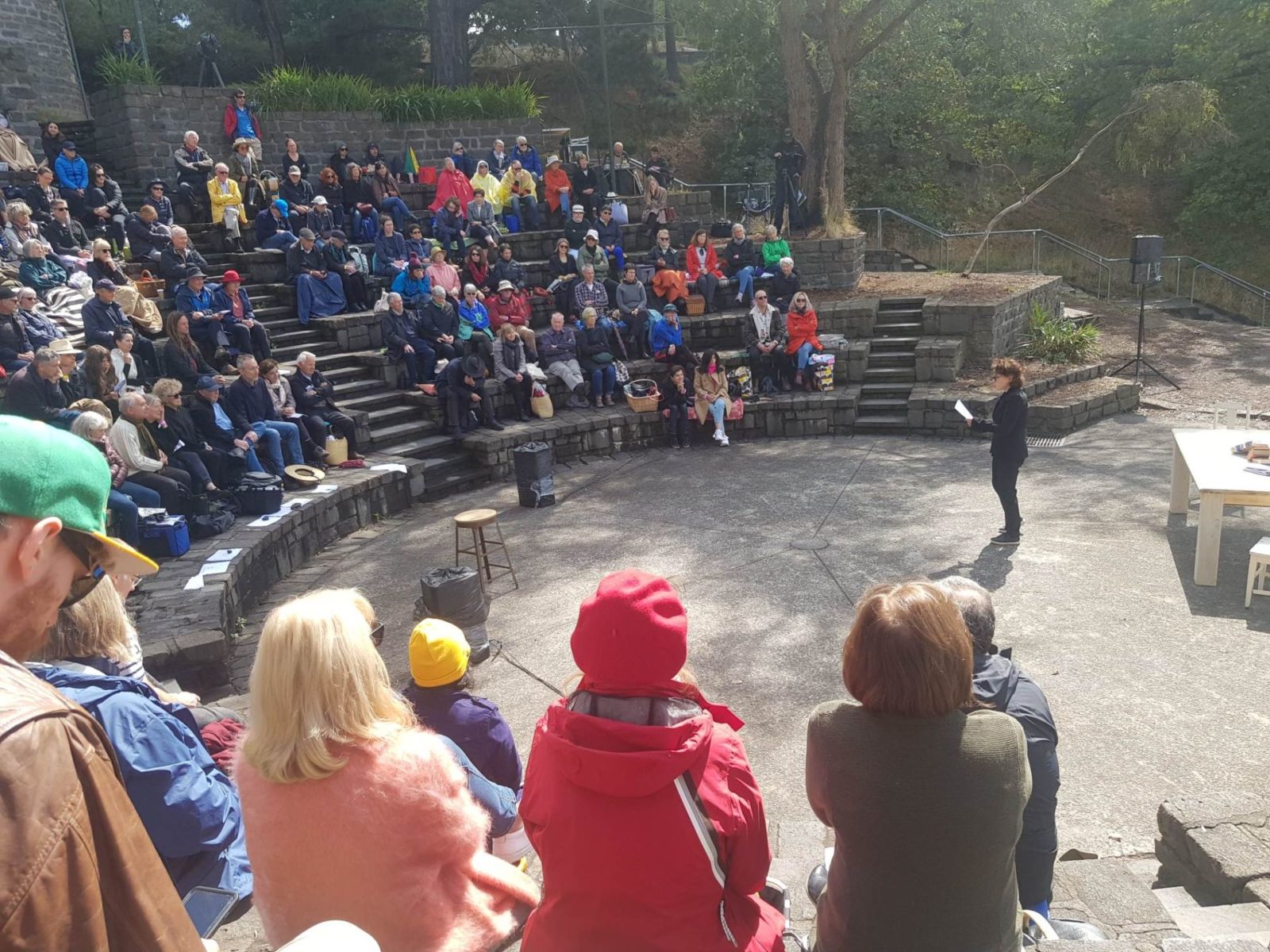 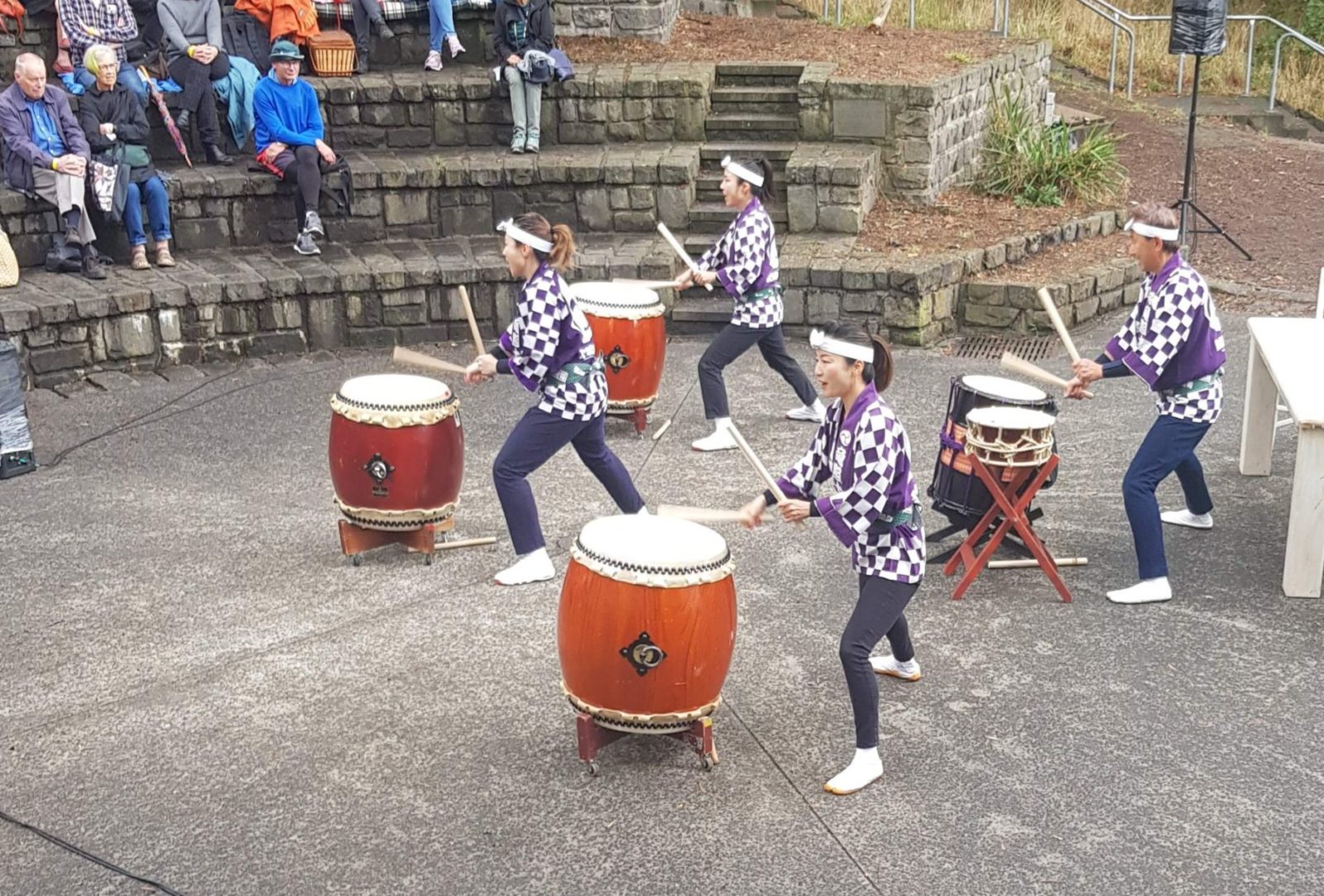 Many of these themes resonate with man’s experience of war down to our own time, such as the wars of Afghanistan, Iraq and Syria. One could also reflect in The Iliad’s relevance to the futility and losses of the Gallipoli campaign as well as the tragic Greek campaign of 1941. Higher authorities had sent them to battle to experience the terror of war and the loss of comrades; they would learn the intensity of the bonds of friendships formed in war. They would comfort wounded comrades and bury others. And they might wonder at their part in the plans of others, how their lives had been changed by war. Was Sergeant Alfred Huggins thinking of Homer when he photographed Mount Olympus in 1941? Yes, The Iliad speaks to us across the centuries. Few veterans who have served in war celebrate its terrors, most loving peace for they know its cost. And the impact of loss at home, the grief of those that remain, for the thousands killed in faraway lands. I think of the lost remains of Private James Zampelis, killed on Crete, mourned in Melbourne.

The readers were superb, ranging from some of our most well known actors to the new and emerging talents of our local stage – Sigrid Thornton (Book 3), Helen Morse (Book 1 and 24), Eloise Mignon (Book 9), Dushan Philips (Book 16 part 1, Book 22), Paul English (Book 21), Geraldine Cook (Book 18), Tanya Gerstle (Book 16 Part 2), Jack Charles (Book 24), Jane Montgomery Griffiths (Book 22) and Matt Furlani (Book 6). All of the performances were moving and full of feeling – all of the readers deserved the warm applause of the crowd. If I were pushed I would have to give special mention to the performances of Sigrid Thornton and Helen Morse, as well as Jane Montgomery Griffiths and Dushan Phillips. I was particularly taken by Dushan Philips impassioned performances.

It was the talent of these readers which brought The Iliad to life in their voices. This is how The Iliad should be experienced. This connection between reader and listener is vital to a full appreciation of the force of the work. Listening to the delivery of these powerful words is so much more moving than reading the words on a page alone. Stork Theatre has again reminded us of the power of performance.

What an honour to witness such a performance in a venue created in tribute to the ancient theatres in which Homer’s words would have been heard. But also located beside a flowing river which for me echoed Homer’s River Scamander, its sound reminding me of the great river God and his fight with Achilles. As leaves drifted across the stage, my thoughts were taken to the ebbing of life on the plains of distant Troy. A truly great location for The Iliad to be performed.

How sad I am that this was a once-only event. Many who read this review will no doubt yearn to have seen it. It would be great if some of Melbourne’s philanthropic community could come together and support this worthy company of players and their productions. In this Greece’s historic bicentenary year, what more appropriate way to spread and enhance awareness of the contribution of Hellenic culture to the world than through performances such as these. Maybe some of Melbourne’s large Hellenic community could come together to persuade Stork Theatre to reprise their Iliad with more performances this year. I live in hope.

Jim Claven is a historian, holding degrees from Melbourne’s Monash University. He is the author of Lemnos & Gallipoli Revealed: A Pictorial History of the Anzacs in the Aegean 1915-16 and the forthcoming Grecian Adventure: Anzac Trail Stories, Greece 1941. Homer’s The Iliad, translated by Robert Fagles, is published by Penguin Books. Bryan Doerries’ The Theatre of War is published by Scribe.