Ordained in July 1963, the changes, needs and challenges Father John Daskalakis has faced have been exceptional. 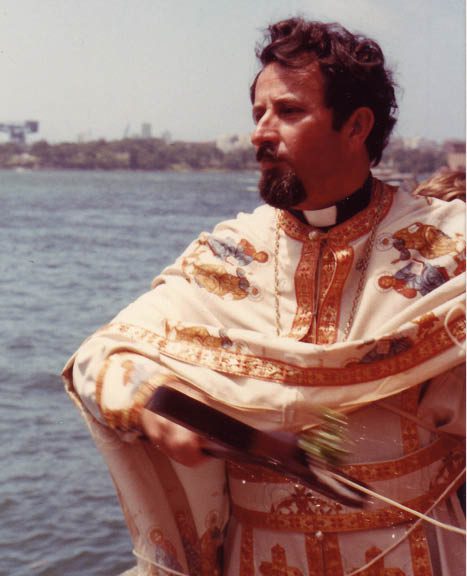 Ordained in July 1963, the changes, needs and challenges Father John Daskalakis has faced have been exceptional. But he does it with a serene, simple smile that makes this priest not only one of the stalwarts of the Greek community of Sydney, but the Greek Orthodox community all over Australia.
When Fr John first arrived in Australia in November 1963, he soon became the parish priest at the Greek Orthodox Parish and Community of St Michael in Crows Nest, Sydney. For over 47 years, the Father has formed more than a religious relationship with his parishioners; he’s built a family with them. He’s christened the children, married them and sadly, buried them. He’s spent Easter, Christmas and Saint’s Days with the same people for nearly 50 years – how can they not be your family?
“It makes me happy watching my parish grow,” Fr John tells Neos Kosmos, and says he considers it a blessing from God that he’s been lucky enough to be at the same parish for so long.
He remembers a time, when he first arrived in Australia, when the church was the way for the early Greek migrants to hold on to their heritage and culture. It was a place where Greeks would come as a community and find each other, talk to each other, keep the language and celebrate holy events together. And now, with his parish made up more and more of second, third and fourth generations, he says the church is still central to keeping Greek culture alive through Greek schools, Greek dancing classes and youth groups affiliated with the parish.
“I have grown up with my people and I have a lot of respect from my people,” he says. “I’ve tried to do my job the best I can and have now become a part of their families. I have respect for them and they for me too.”
Fr John agrees the church as a whole faces a set of new challenges, but this man is taking it all in his stride and looking at the positives – one of them being how much he enjoys talking to the younger generation, and how happy he is that they trust him in the same way to open up about their woes.
“The young people are more easy to talk to and talk about their problems and worries,” he says, stating they are more likely to open up than the older generation who kept things hidden.
To celebrate his fifty year anniversary as a priest, Fr John was presented with a trip to Jerusalem organised by the church’s committee. He departs on September 11.