The ‘Evzones Collection’ on display in Melbourne

Nick Bourdaniotis’ photographic work of The Greek Presidential Guard is currently being exhibited in Melbourne, with Adelaide, Sydney, Brisbane and Perth to follow in the coming months 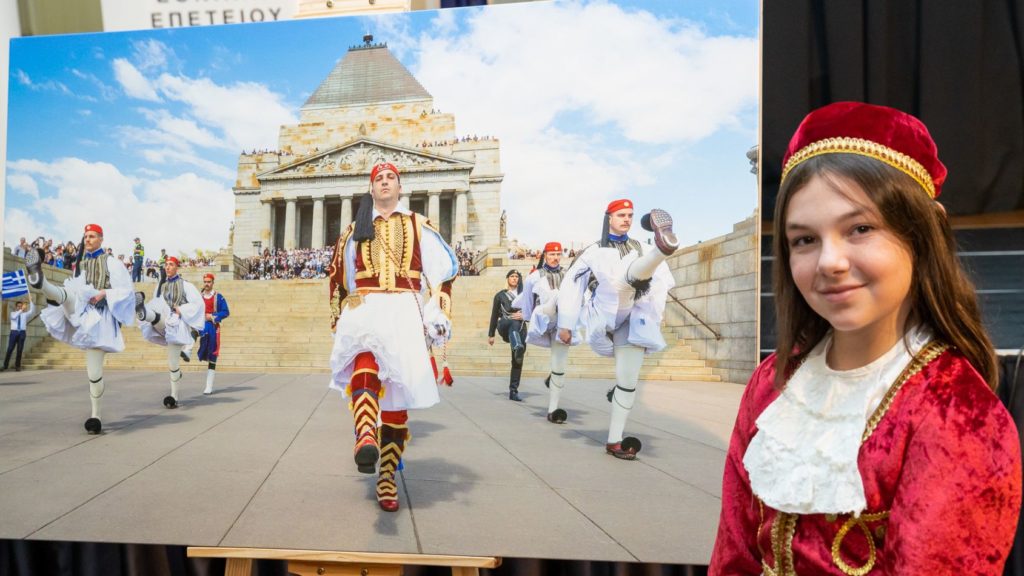 More than 50 dignitaries attended the opening night of Nick Bourdaniots’ ‘The Evzones Collection’ in Melbourne on Friday, following the exhibition’s national launch in Canberra.

Among them were Consul General of Greece, Emmanuel Kakavelakis, Bishop Ezekiel of Dervis from Melbourne District, Father George Adamakis and Chairman of the 2021 Victorian Committee Tony Tsourdalakis.

The Melbourne launch was hosted by Oakleigh Grammar in conjunction with the 2021 Victorian Bicentenary Committee and the Organisational Council for the Greek National Day. Stills from the opening evening 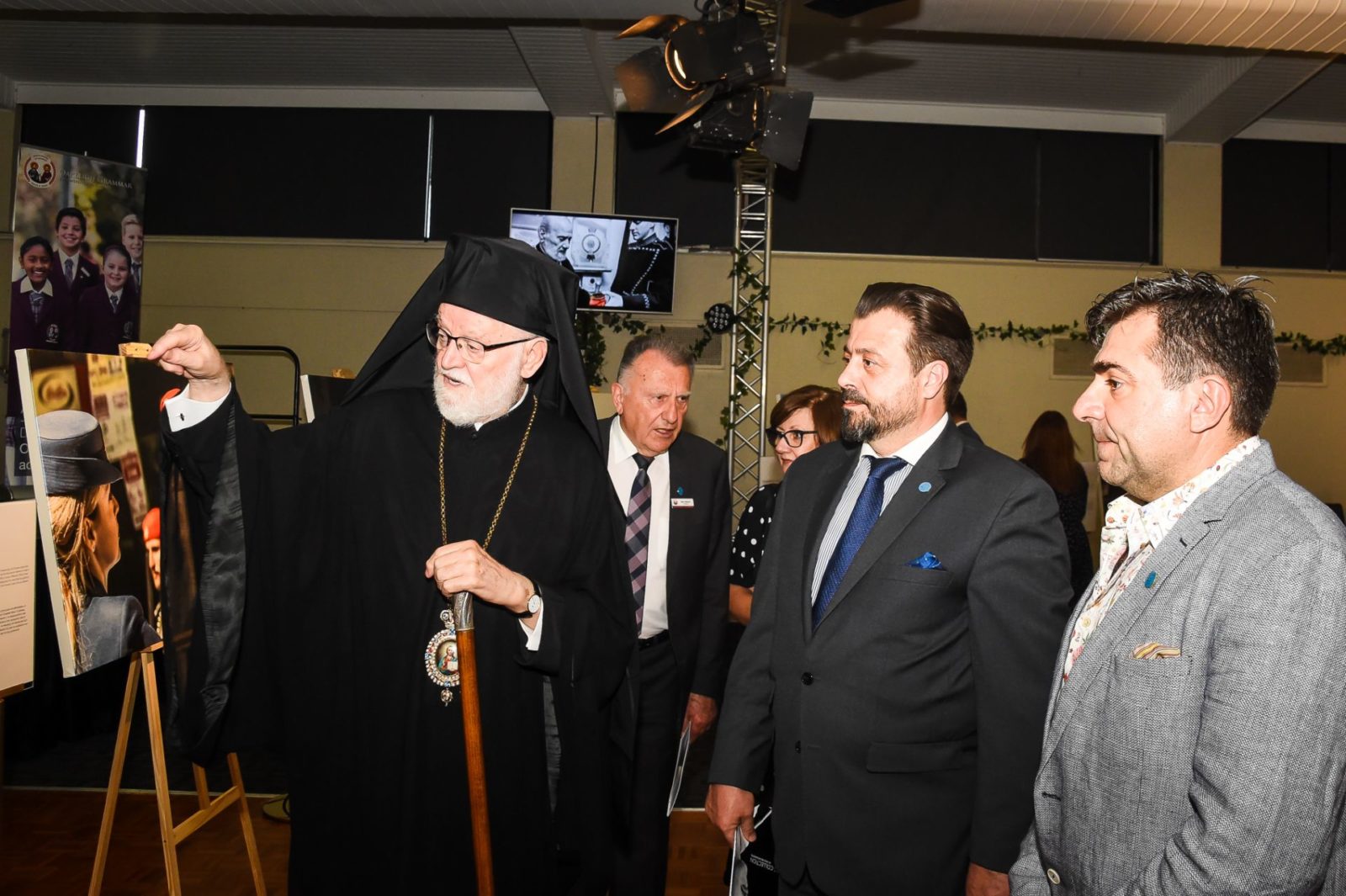 Oakleigh Grammar’s Principal Mark Robertson and President of the Board, Chris Damatopoulos, were also in attendance, as well as senior college students greeting guests on arrival.

Over 28 curated photos capturing the Evzones form part of the exhibition which creator Nick Bourdaniotis hopes they expose “their strength, integrity, patriotism and philotimo.”

READ MORE; Marching through the ages: Photos of celebrations past and present

“The Presidential Guard are at the pinnacle of Greece’s elite force and Hellenic Pride. To showcase this is an honour and an important reminder to the people of the history of Greece and the Evzones and all that they stand for,” Mr Bourdaniotis said. 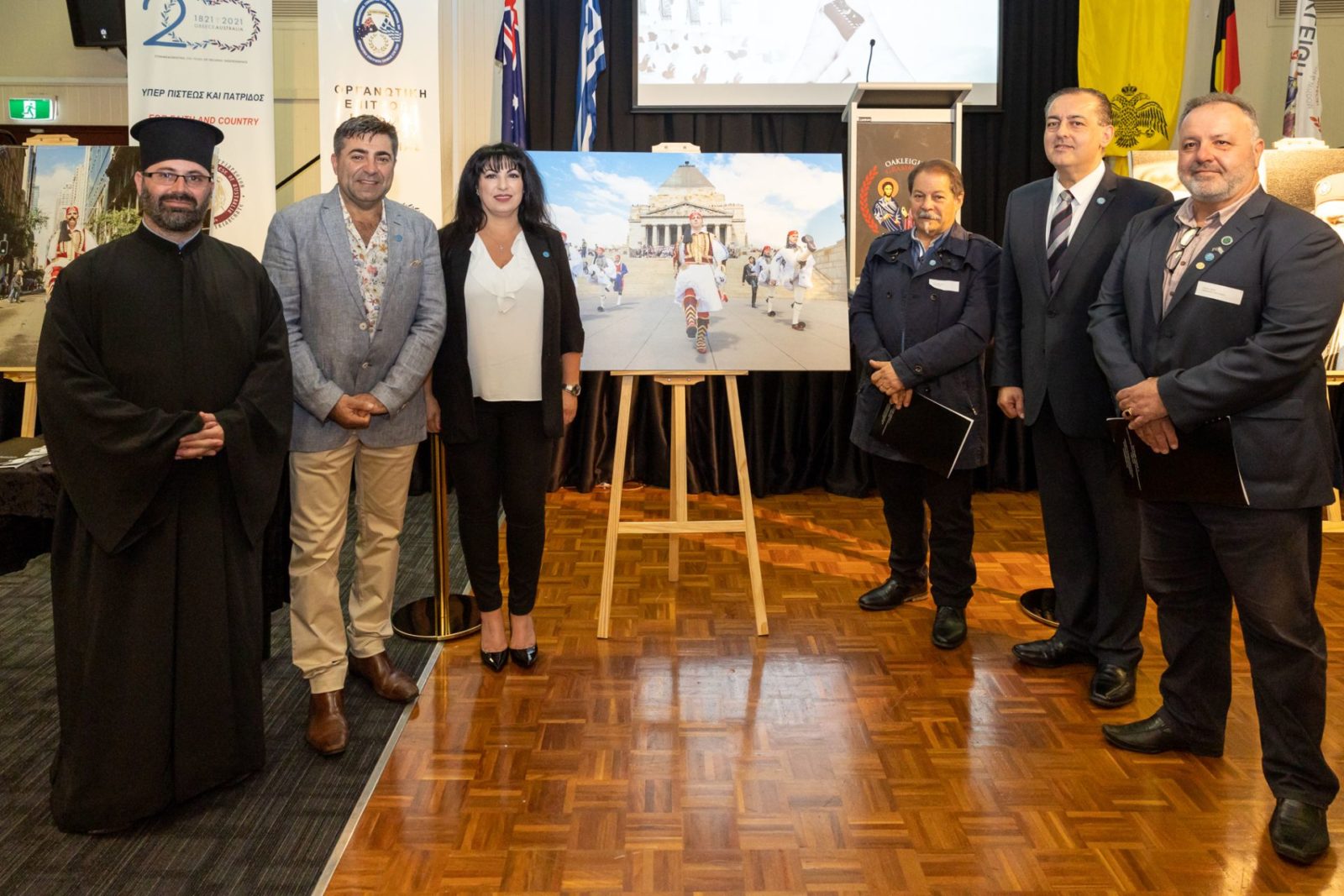 Mr Bourdaniotis thanked all those who made the exhibition at Oakleigh Grammar possible, including the school’s administration, Mr Tsourdalakis and Oakleigh Grammar’s Hellenic Culture coordinator Natasha Spanos.

Agapi Care is the charity chosen for money raised through the exhibition’s silent auction to be donated to. Mr Bourdaniotis donated one of his exhibition prints for this purpose.

The exhibition will run until Sunday, 4 April before moving on to other metropolitan cities.

“A holistic sensory activation for all, not just for Greeks or Australians of Greek descent, but for people of all walks of life,” Mr Bourdaniotis says.

“I want the Greek DNA showcased in this exhibition to trigger pride, acknowledgement and a respect for the modern world’s roots. And ultimately walk away a real sense of satisfaction and appreciation of my photographs.”

Entry is free to the public, with no booking required.