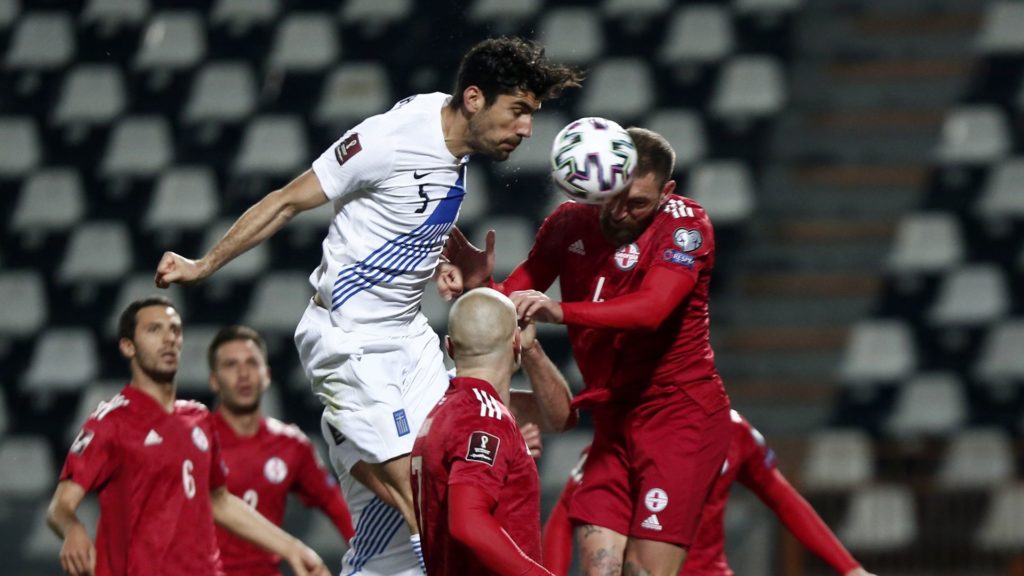 It was a slow start for the Greek national team at their World Cup qualifier against Georgia.

What should have been a straightforward and breezy game for the Ethniki, instead turned into a confusing match with little clarity.

The Greek hosts faltered in the first half of the game at Toumba Stadium, as the Georgian attackers gained traction despite their efforts not coming to a goal.

READ MORE: Michael Valkanis stays on top of his game in the international football sphere

In the second half the game picked up for John van’t Schip’s front, snagging a goal and taking the lead.

A cross by forward Dimitris Limnios from the right was tucked by Georgian defender Otar Kakabadze into his net, bringing the score to 1-0 in Greece’s favour.

However the celebrations only lasted a mere two minutes before midfielder Khvicha Kvaratskhelia swiftly drove the ball down the left, dodging Greek substitute Haris Mavrias and scoring a goal all on his own.

Greece may have dropped the ball a little since equalising with Spain in their last qualifying match and beating Honduras in a friendly, but the team has plenty time to practise as they approach their September World Cup qualifier match against Switzerland.