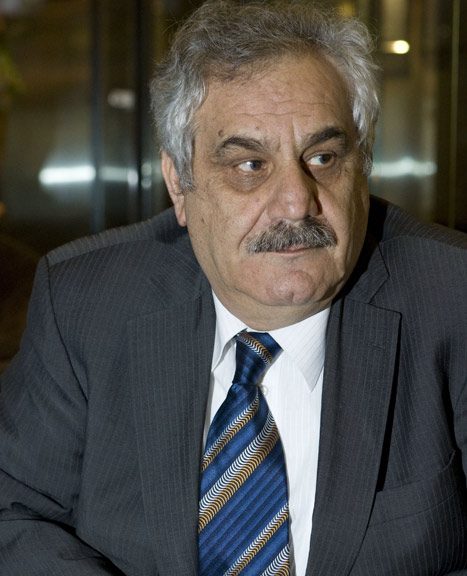 The Coordinator of the World Council of Hellenes (SAE) of Oceania and the Far East, George Angelopoulos replied last week to the open letter sent to the media by the president of the Australian Hellenic Council (AHC), Nikos Lalopoulos.

In his letter, among other things, Mr Lalopoulos had used harsh language to fend off the criticism waged previously against his organisation by Mr Angelopoulos.

Mr Angelopoulos had called for the dismantling of AHC and its reestablishment.

With his new public outburst against AHC, Mr Angelopoulos is focusing amongst other things on the fact that the AHC Victoria branch that currently holds the reins of the organisation is not an incorporated entity.

“Consequently, which legally registered organisation took over the two year term presidency in 2008 from the Australian Hellenic Council NSW Inc,” Mr Angelopoulos questions in his reply letter sent to the media. “Individuals took over not an organisation,” the SAE head added.

When contacted by Neos Kosmos English Edition (NKEE) Mr Lalopoulos said that he had not read the recent letter by Mr Angelopoulos and was therefore unable to comment.

He did indicate, however, that in a scheduled meeting of the AHC on Friday, the issue would be discussed and a decision would be reached as to whether “we will reply or if the whole matter would be put to rest.”

Mr Lalopoulos did concede that the Victorian branch of AHC is not incorporated but rushed to point out that the process is underway.

The row between the two organisations was sparked after the decision of AHC to bar the participation of SAE on the second day of its yearly conference in Canberra during which meetings are held amongst members of AHC and Australian politicians.

The reasoning behind it, argues Mr Lalopoulos, is that SAE is representing the Greek government in the Diaspora and therefore its role can only be advisory.

He further argues that SAE is welcome to take part on the first day of the conference in order to submit its proposals and discuss the issues of interest to Hellenism.

It should be noted that both Mr Angelopoulos and Mr Lalopoulos, have expressed the will for the two organisations to cooperate despite the recent letter stoush.