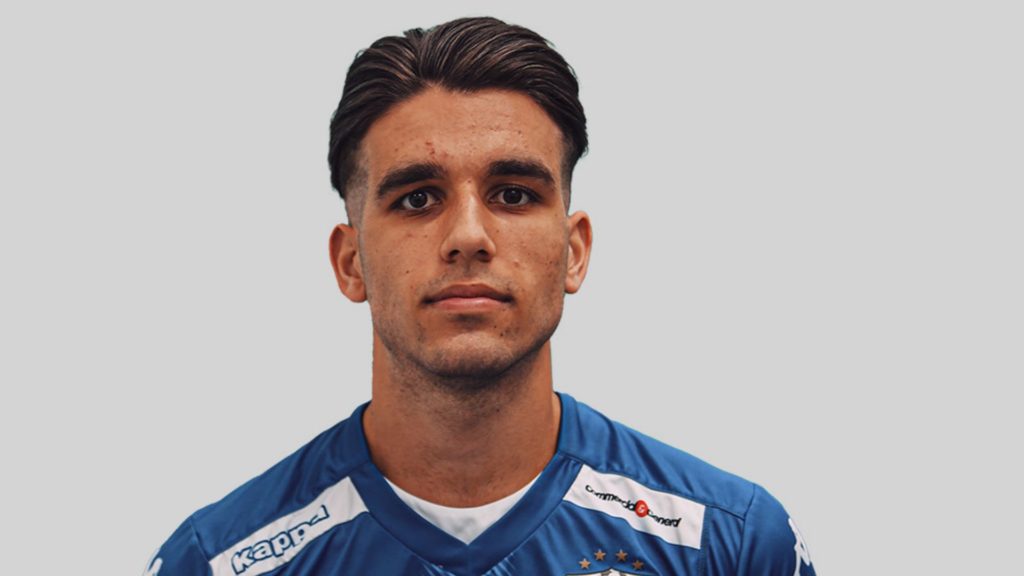 Matthew Loutrakis may be part of the furniture at South Melbourne FC after nine years with the club, but is a new exciting fixture on the men’s senior team.

The 20-year-old midfielder has been playing soccer earlier than he could string his first sentence together, with his family by his side encouraging him all the way through.

“My dad pushed me and helped me become the footballer I am and the man I am and growing up to be,” Loutrakis told Neos Kosmos.

Of course after so many years on the pitch, its common for some youngsters to lose their love and drive for the game, or even be tempted to hitting the town for the night rather than hitting the pillow before game day.

Loutrakis on the other hand stayed focused and more determined than ever to chase his dream.

“There’s all the people and all my friends that I grew up with who said ‘what’s the chance that you’re going to become a soccer player, just come out with us, don’t worry about your game tomorrow’. I love to prove people wrong, so obviously the people who don’t believe in you make you want to push back even harder and show them that you can,” he said.

In his plight to make it to the top, Loutrakis is returning to the green more determined than ever for the new season after a year off due to the coronavirus pandemic.

“I took the time to really work on my body while we weren’t out there playing football, I spent a lot of time at the gym wanting to work on the weaknesses in my body. I was always out there with the ball. I think it motivated us, the boys in the team, so much more having not played for so long. So every time we step out there we give everything.”

My dad used to play football when he was young, at a youth level. He never really pushed me to play football in the beginning but it was once he saw that I had a real passion for it he was the first one to step in and guide me.

From a young age, as soon as I could really walk I had a ball at my feet, whether we’d be kicking the ball around in the kitchen. marking the walls which my mum wasn’t really happy about, but I always loved having the ball at my feet and it all just started from there.

I don’t know a hell of a lot about music, I use random playlists and just pop songs that I can sing to and vibe to whilst I’m working out.

I spent some time overseas in Greece and Italy. As a 14 year old I trained with Panathinaikos for a few weeks and I also spent two months in Italy with an academy. 5

More recently though, I’d say winning the under 20s championship in 2019 with South Melbourne. that was definitely a very happy moment in my life.

Since I was young football has been my entire life. Everything I’ve done has really revolved around football. Training almost everyday, always having a ball at my feet, always thinking about football, watching football. Even my daily life choices, whether it’s food, when I rest, which activities I do, it’s all for football. It’s very important.

I don’t ever want to make mistakes, I guess that what I’ve learnt.

On a personal level, play consistent football with the senior squad. As a collective at South Melbourne we want to achieve silverware in the league and also in the cup. We just want to win every game and do the supporters proud.

Recently in the last six months I’ve begun doing some Ninja Warrior training, which is a bit of alternative type of strength training. It’s a bit different to being in the gym or on the field, it works your body in a different way and it’s a bit of fun.

I’ve always been interested in that sort of stuff and then officially my cousin started doing it and he knew I enjoyed it a lot so he got me into it.

Usually after a game I’ve got a long drive home so I like to just enjoy the drive home, chuck on some music but also anyone who knows me knows that I love videogames. As a way to get the mind relaxed and spend some time catching up with my mates.

I occasionally play FIFA however I prefer to save it for real life football.

Just playing soccer. Obviously we had so much time off due to COVID, that now everytime you just want to play and step out onto the field, doing the supporters proud and wanting to win something.

I just want to be known as someone that always going to work hard and give everything to the team. Hopefully when I get the chance to play I’m someone that can make an impact on the game.