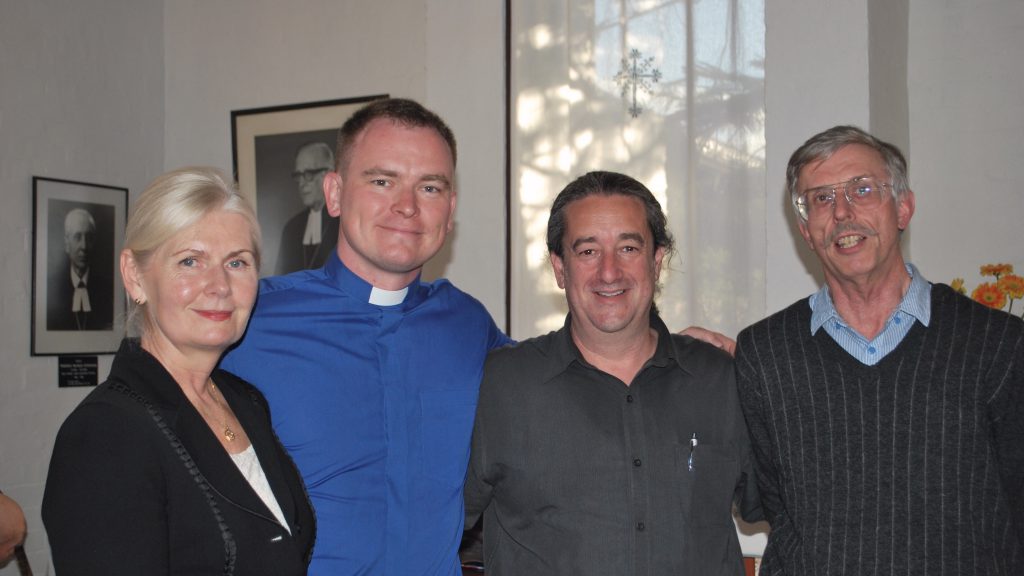 A new book by Sydney school teacher and author, Vasilis Vasilas, was launched last Sunday by the Estonian Archives in Australia, in the crowded Estonian Church Hall of St John in North Strathfield.
Titled Across Lands and Oceans…to Freedom, the book is an interesting piece of history, that looks at the epic journey of the Estonian people who fled their homeland (1944), were displaced in Germany and Sweden for several years, journeyed to Australia and New Zealand, and their first couple of years in their adopted homelands.
Late last year, Mr Vasilas accepted an invitation to write a book on the migration experience of members of the Estonian community. The long process has blossomed into an impressive and unique book that represents a broadening of Vasilas’ work in oral history.
The book was launched by the new Consul General of the Republic of Estonia Ms Katrin Kanarik, who has previously served as Consul General in Greece for three consecutive years.
Ms Kanarik emphasised the importance and impact of the book for Estonian immigrants and generally, the history of immigrants in Australia and New Zealand, that will be appreciated by present generations and those to come. She thanked the author for taking the initiative in documenting the Estonian people’s stories in a book that brings together the two European countries, Estonia and Greece, through an Australian-born writer.
Vasilas has published two books depicting the journey to Australia of Greek migrants from the island of Lesvos, Journeys of Uncertainty and Hope and Our Homeland: Lesvos, which were complemented with photo-exhibitions, and has also established an online archive on the Lesvos migrants in Australia and New Zealand.
His last book on Estonian migrants was particularly demanding, as it was his first experience of diving into another community, a different mentality and culture. During the event, Mr Vasilas said that, among other things, such work brings the book to a level that will fulfil his vision to work with other nationalities and bring the human experience of immigrants to the light of history.
Mr Vasilas thanked the Estonian community for their excellent cooperation in making this work possible, and the Greek community for their continuous support of his work.