The Greek school students of St Anna, Gold Coast, celebrated the 200th anniversary of Greece’s War of Independence this month.

A light brunch was provided by the tireless and hard-working members of the Ladies Auxiliary.

The program commenced with all the students dressed in blue and white, marching into the function centre behind the Greek, Cypriot and Australian flags. 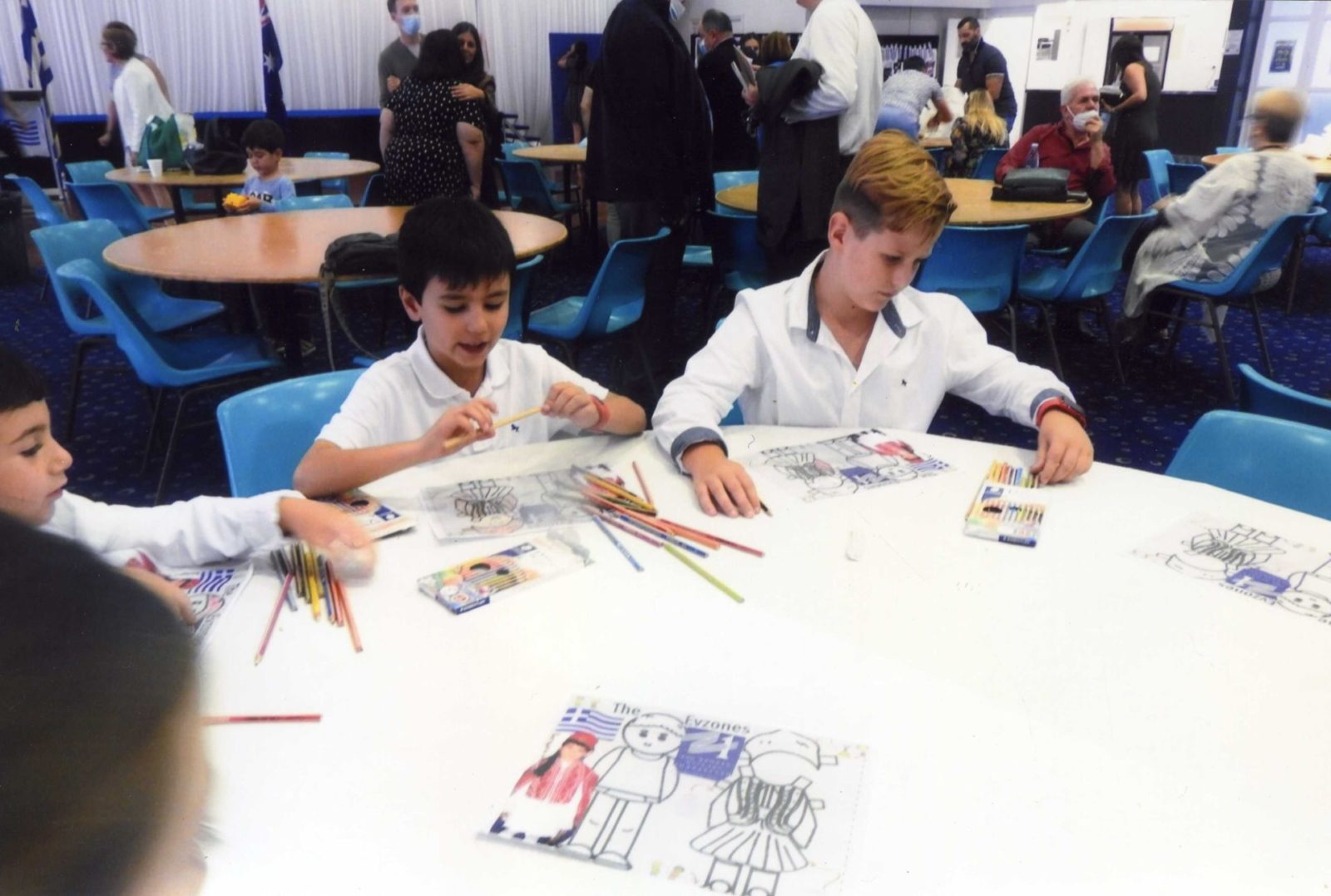 James Nides, President of the Greek Community of St Anna, welcomed all attendees and highlighted the importance of maintaining the Greek heritage acknowledging the parents’ contributions in supporting them embrace their Greek roots.

Vasiliki Giannopoulou, the Greek School Principal spoke of the history and significance of the 25 March anniversary giving a brief outline of the heroines and heroes behind the events.

Teachers Vassiliki Giannopoulou, Yiannis Zervis, Effie Bachlinzanakis and Katerina Kalogeropoulos were thanked for their assistance in putting together the event, as well as John Carras for his photography work.