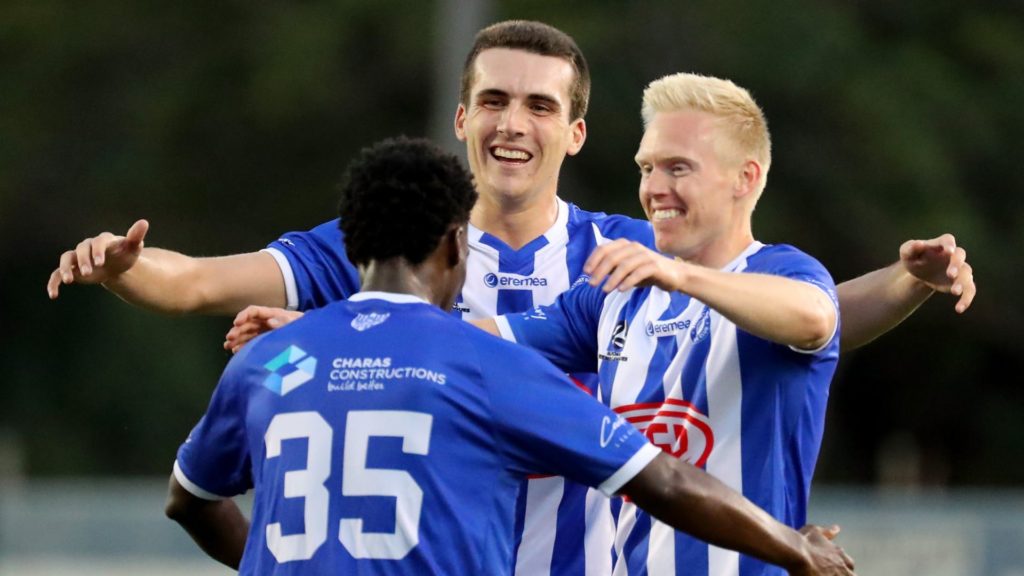 After trailing to Northbridge in a poor 1st half performance, Sydney Olympic sparked to life in the next 45 minutes and scored twice to give them a much-needed 2-1 victory for the 9th round of NPL NSW.

The win maintains Olympic on the 6th spot of the ladder with 13 points, but now stands two points closer to the crucial top four.

The first half in this year’s ANZAC Day fixture at Belmore Sports Ground started optimistically for Olympic with an early chance falling to playmaker Brendan Cholakian who struck his shot wide of the goal. Against the run of play Northbridge’s Jake Hollman struck a powerful left-footed shot in the 15th minute inside the box which flew past goalkeeper Chris Parsons, giving Northbridge an early lead.

Both teams failed to create any chances to score for the rest of the half with Olympic receiving multiple yellow cards for poor fouls. The worst came in the 36th minute when Cholakian aggressively tackled Northbridge defender Nikola Ujdur, leading to him being subbed off with injury concerns.

The 2nd half started dangerously for Olympic, with Northbridge substitute Jake Jovanovski hitting a powerful right-footed shot which was saved by goalkeeper Parsons. Olympic responded quickly with winger Oliver Puffflet winning a penalty in the 49th minute. Jason Madonis stood up for the home side and slotted the penalty into the bottom left corner to equalise for Olympic.

The game opened up after this with right back Madonis terrorising the left side of Northbridge, making driving runs forward and putting in dangerous low crosses, which were strongly defended against.

An excellent chance fell to Olympic in the 62nd minute when Madonis sent a low cross into the box which was hit wide by Pufflet. Olympic made up for the missed chance two minutes later when striker Mohamed Adam tapped the ball in for an easy goal after Northbridge keeper Nick Suman parried a left-footed shot from Olympic substitute Adam Parkhouse.

Olympic maintained control of the game, creating more half-chances. Madonis had a long shot saved onto the crossbar by keeper Suman.

Northbridge had a final chance to score in the 85th minute with a looping long shot by midfielder Sepping caught comfortably by keeper Parsons. Olympic held on to record their 4th win of the season.

The Blues’ next match is on Saturday 1 May with Sutherland Sharks away.