Kyrgios hits out in Instagram story over Tomic comparison 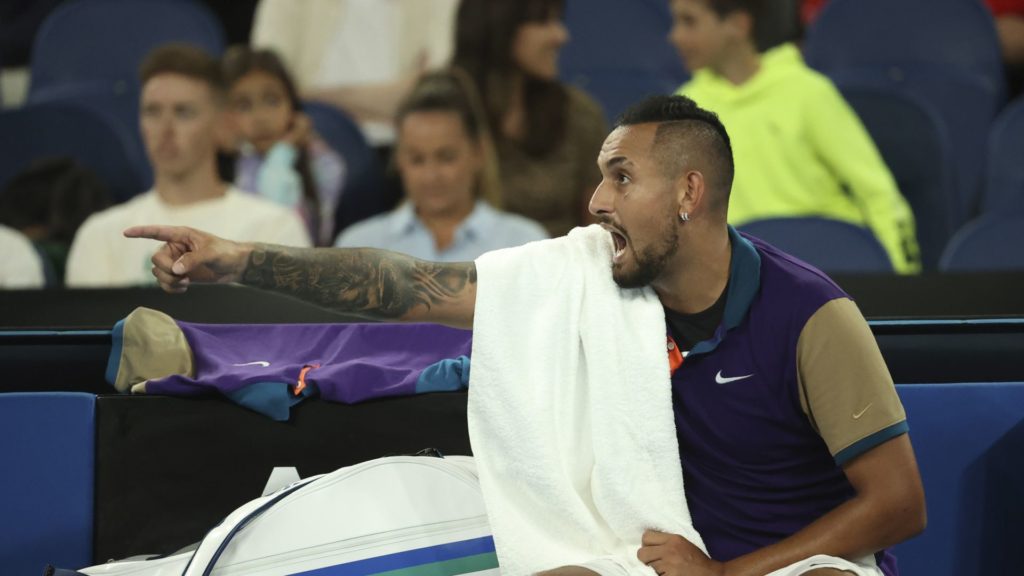 Australia’s Nick Kyrgios gestures during his third round match against Austria’s Dominic Thiem at the Australian Open tennis championship in Melbourne, in February Photo: AAP via AP Photo/Hamish Blair

Just a day after his 26th birthday, tennis player Nick Kyrgios called out a mystery person in a since deleted Instagram story, over a comparison that was made between himself and fellow Australian tennis player Bernard Tomic.

Kyrgios didn’t share who the comparison was made by but showed his disdain for the comments citing his achievements on and off the court.

“Does he have a foundation? @nkfoundation – does he have the accomplishments? Did he raise money for the bushfires? It’s disgusting man,” he continued.

READ MORE: “He was talking to me about girls”: Cheeky vibes at Kyrgios-Kokkinakis presser

The 26-year-old then went on to call out Tomic’s relationship with Vanessa Sierra, noting her work on content subscription service OnlyFans

“Do you research, also I ain’t f—ing with anyone who does OnlyFans. Oh and by accomplishments (I beat the big 4).”

Right before the Australian Open Kyrgios had also criticised Ms Sierra for complaining about the hard lockdown tennis players and their crews had to face, because she could not get her hair styled.

“I don’t mind Bernie but his Mrs obviously has no perspective, ridiculous scenes,” Kyrgios wrote on Twitter.

It’s been a while since Kyrgios has hit the courts, with his last professional singles match being in February against Dominic Thiem in the third round of the Australian Open.

He is currently ranked 56 in the world.