Best of the Greek Film Festival 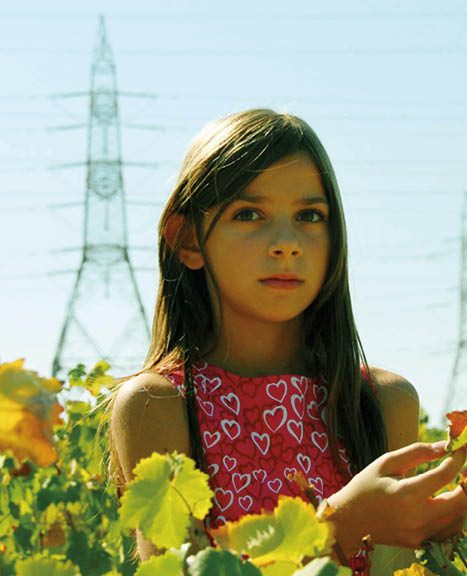 Now in its twentieth year, the 2013 annual Delphi Greek Film Festival promises to deliver a program to fulfil every fans of Greek film’s desires. The 2013 program will continue to showcase the best of contemporary Greek cinema for Australian audiences, but not only that, to celebrate its second decade, the festival will also include a ‘best of’ program to revisit some of the many classic films that have shaped Greek cinema throughout the years.
Early program announcements include Thanos Anastopoulos’s The Daughter, which premiered earlier in the year at the 2013 Berlinale and recently featured at the 2013 Toronto International Film Festival, where Athens was showcased in the City to City program strand. Following the coming-of-age of both a young girl and a country amidst change, it’s a contemporary thriller which explores the moral and financial bankruptcies at the core of one family’s crisis.
In the startling narrative, Joy, director Ilias Yannakakis recounts the story of a middle-aged woman, Joy (played with inexhaustible nuance by Amalia Moutoussi), accused of kidnapping a newborn baby from a maternity ward. What begins as the perfect utopia for new mother and child eventually turns into a bitter tragedy. Shot in striking black and white, with minimal dialogue, Yannakakis allows Joy’s mindset to unfold before the eyes of the viewer, resulting in an intricate and poignant psychological drama.
A.C.A.B. All Cats are Brilliant, directed by Constantina Voulgaris, daughter of legendary Greek director Pantelis Voulgaris (With Heart and Soul, GFF ’10 and Brides, GFF ’06) is a more buoyant tale that centres on the relationship between artist/activist Electra (Maria Georgiadou) and the young Petros, who forces her to tackle big questions about how to lead a revolutionary life and still find love and happiness amongst the turbulence of the city.
The GFF will also screen Marjoram by acclaimed director Olga Malea (First Time Godfather, GFF ’09, Honey and the Pig, GFF ’06). The first thriller-drama from a filmmaker celebrated by Greek audiences for her comedies, Marjoram shines a revealing, psychological light into the dark corners of a mother-daughter relationship.
This year the Festival celebrates its 20th birthday, which will be marked by a special twentieth anniversary program strand. Featuring favourites and Festival hits, the ‘best of’ strand will offer a celebratory survey of Greek film culture.
The 20th Delphi Bank Greek Film Festival runs 6-24 November at Palace Chauvel Cinema in Sydney and 7-24 November at Palace Cinema Como in Melbourne. It also tours nationally, with dates in Brisbane (31 October – 3 November) and Adelaide (14 – 17 November). The full program will be announced in October.
For further details about the 2013 Delphi Bank Greek Film Festival program visit www.greekfilmfestival.com.au