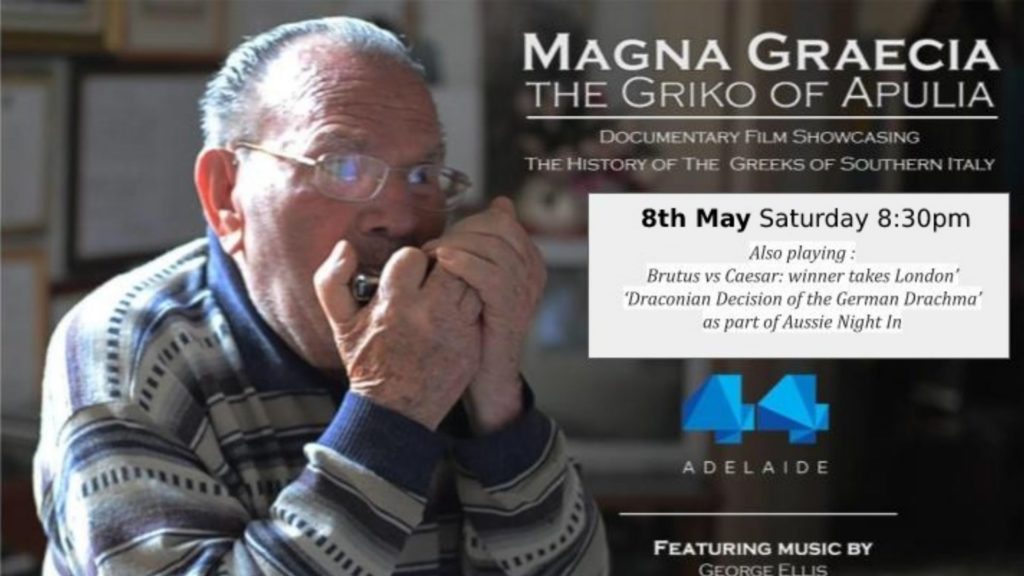 The award winning Magna Graecia: The Griko of Apulia hits the small screen on South Australia’s Channel 44 on Saturday, 8 May at 8:30pm. The film will play with two of the pair’s short satire film projects.

This is the third documentary film collaboration by Author Billy Cotsis and international architect Basil Genimahaliotis, which is set in the Southern Italian (Magna Graecia) Greek villages and towns.

The filmmakers shot across Calabria and Apulia to bring you the stories of people and regions who are the descendants of Greek people from ancient and Byzantine times.

READ MORE: Magna Graecia: How a dark cloud is lifting from the Calabrian Greko

The opening scene of the documentary show a friendly Italian man who allowed Mr Cotsis and Mr Genimahaliotis to follow him to find the Griko-speaking town of Calimera.

Apulia, also known as Puglia, is the home of 13 Griko towns and a few thousand Griko speakers. Once upon a time, a visitor to Calimera and Apulia would not have needed an Italian stranger to follow in order to find the descendants of the Hellenes, Griko speakers, for their dialect was the lingua franca of the region until recent centuries.

Take a look at the trailer below: