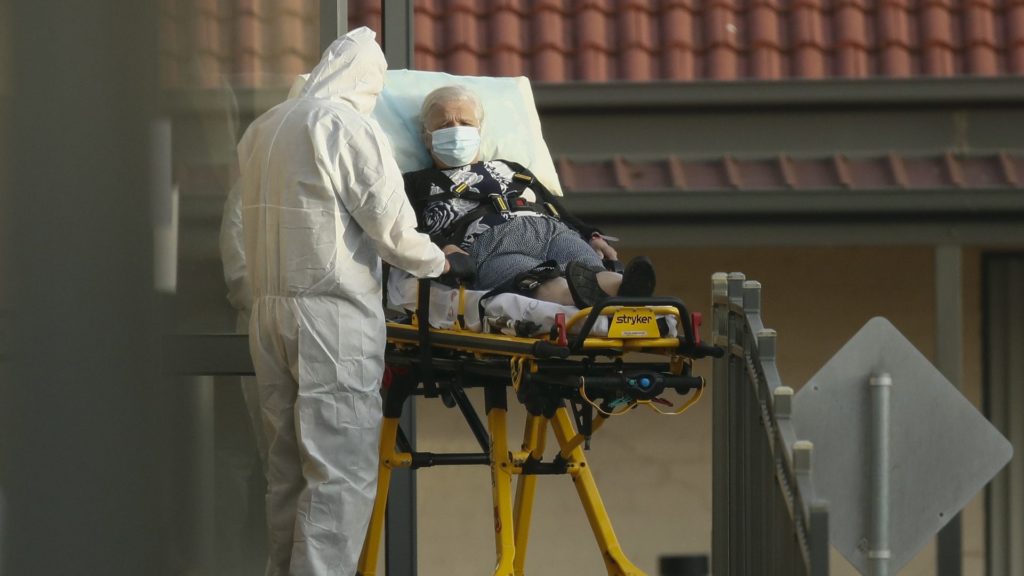 A Supreme hearing into a major class action against St Basil’s Homes for the Aged in Fawkner has heard that family and friends visiting the nursing home from May to July last year were not told to limit visits, despite the rising spread of COVID-19.

Staff are alleged to have been given outdated infection control training, face masks were not enforced and hand sanitiser was not readily available in the lead-up to the deadly outbreak which resulted in utter chaos as elderly residents were left soiled and unfed, according to their relatives. Ultimately, more than a quarter of St Basil’s 120 residents died as a result of the outbreak which swept through the facility.

The Age reports that there were allegations of severe neglect, according to the writ submitted to the Supreme Court.

Andrew Broadfoot, QC, told the court residents were left unfed as there were not enough staff members to feed them, and in cases where residents asked for food they were sent back to their rooms. In one case, it is alleged that meatballs given to residents were so tough that many were unable to chew it and were allegedly told “take it or leave it” when they complained.

Others were left in soiled clothing for prolonged periods.

Mr Broadfoot, acting on behalf of the residents and their families, told the court his clients were eager to see the class action fast-tracked through the court system due to the ill health and age of many of his clients. He said “these are frail and elderly people and they are going to be dying before the trial if we don’t get it running sooner rather than later”.

St Basil’s resident Chris Vaggo allegedly complained to management about the way in which staff were wearing protective equipment but, despite his allegation, no action was taken, the court heard.

Effie Fotiadis, the first plaintiff to launch the civil action against St Basil’s, said her father Dimitrios, 79, died on 25 July in the Northern Hospital after becoming infected at St Basil’s.

State Coroner John Cain and a police task force are already investigating St Basil’s along with a federal government inquiry.

The hearing is ongoing.