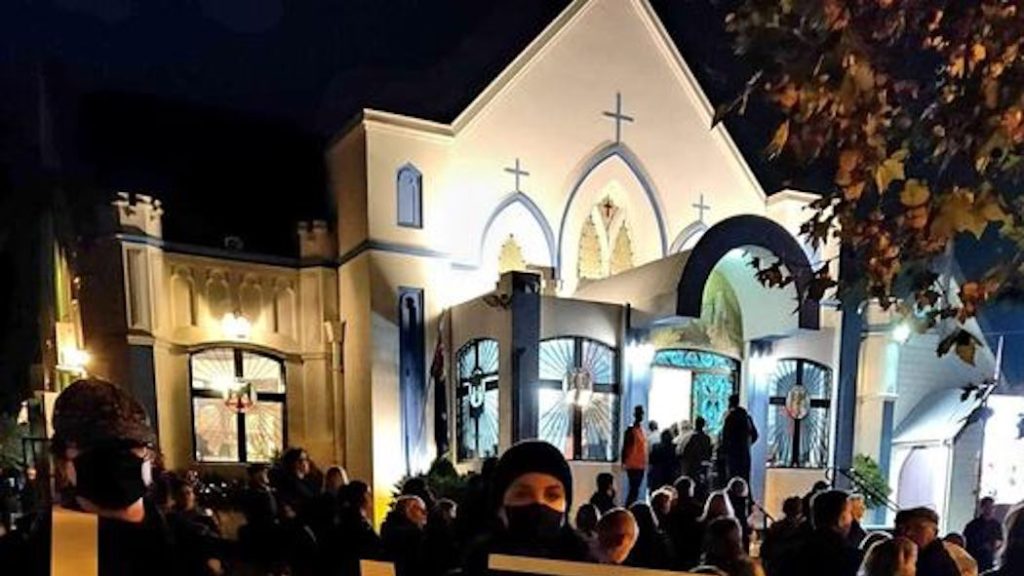 An autonomous anti-speciesist action took place on Holy Saturday, outside a Greek Orthodox Church in an inner northern suburb.

Vegan activists of Greek descent, felt compelled to take a message of animal liberation to those who have spent time fasting (partly from animal products) in the weeks leading up to Holy Saturday.

The activists, gathered outside the church on Holy Saturday, on the night of the Resurrection mass and the day before Greek Orthodox Easter.

The group wanted to raise awareness on “a night where eggs from exploited chickens are cracked in a tradition steeped in religious symbolism”, adding that “the race to get home after midnight mass and for most it will be the first time in weeks where they again feast on the flesh of tortured beings”.

As the activists stated, at all times they remained respectful and peaceful, not speaking to anyone unless they chose to engage.

However, the act reportedly caused an intense reaction by the crowd attending the liturgy which found the act offensive, taking place at a place of worship and in a moment of prayer. The crowd asked the trio to “just don’t do this tonight!”

The three activists argued that “a night of prayer just before devouring the flesh of innocent beings like lambs and pigs amongst other smaller animals is the right night to raise awareness and ask for compassion towards all forms of life”.

Finally, the police was called to remove the vegan activists from the grounds of the church and the outside area was barricaded to prevent them from reentering.