One of the scenes that comes to mind when we think of our next trip to Greece is the view as we look up to the Acropolis from its surrounds. There it stands proudly, reminding us all of the glorious history of Athens and Classical Greece. This scene has drawn visitors to Athens and Greece for centuries. As historian Mary Beard writes “the Acropolis is the centerpiece of every Athenian pilgrimage”. One of those who came and sought to document it in the new technology of photography was the American Philhellene, William Stillman. Today I continue my series on celebrating the Greek revolution with the story of William Stillman’s Acropolis.

William James Stillman was born in New York in 1828. A journalist, historian and author, he was also a friend of the poet Ralph Waldo Emerson and the art critic John Ruskin. He served for a time as a United States diplomat, a role that would bring him to Greece, where he would also exercise his skill in the new art of photography, as well as recording his account of his Greek experiences in a number of books.

As the United State Consul on Crete, he observed the rebellion of 1866-68 and his detailed account of the fight for Cretan liberation from Ottoman rule – “The Cretan Insurrection 1866-7-8” (published 1874) – is well worth a read, telling the story of the rising in detail. Having visited the Arkadi Monastery a few years ago, I found his account of the siege of the monastery particularly moving. An ardent supporter of the uprising, he was forced to leave Crete for the safety of Athens. He also befriended the great excavator of the royal palace at Knossos, Arthur Evans, at one time training Evans in journalism for work in the Balkans and even considering taking over Evans’ excavations.

READ MORE: Empty Athens ‘before and after’ photographs… a robust city where the streets lie empty

Mr Stillman wrote an account of his attempt to follow the trail of the mythic warrior Ulysses – “On the Trail of Ulysses” (published 1888) – and “The Autobiography of a Journalist” (published 1901), the latter of which included an account of his time in Greece. He returned to England, where in 1871 he married the daughter of the Greek Consul, the Pre-Raphaelite artist Marie Spartali, before returning to Greece as a journalist for The Times (London) remaining there between 1877 and 1883. In 1879 he became one of the founding members of the Society for the Promotion of Hellenic Studies in London, to which he also gifted many of the negatives of his photographs of Greece. He died in England in 1901, aged 73.

While his many writings deserve greater study, Mr Stillman is famous for his distinctive photographs of the Acropolis of Athens, documenting the building and its surrounds. A believer in the beauty of Classical design, Stillman would write that he wanted to photograph the site “intelligently” and “to show the technical characteristics of Greek architecture.”

A committed Philhellene, Mr Stillman dedication in documenting the Acropolis has to be understood in the context of the technology at hand. The photographic process was extremely arduous, requiring the setting up of a large photographic apparatus, composing and taking the photographs and the technique of wet-collodion printing.
The first publication is entitled simply, “The Acropolis of Athens: Illustrated Picturesquely and Architecturally in Photography”. The book was unique in that its focus was on one building as opposed to the physical remains of classical Greece per se. The book is imposing in size and execution, comprising 25 carbon prints on paper, with simple captions opposite. It is considered to be amongst the more important photographic publications of the period. As academics have written, “for a newcomer to the medium Mr Stillman’s images are remarkable for their poise and clarity.”

READ MORE: The first photographs of the Acropolis

Viewing his photographs one can certainly see that they reveal both the beauty of the Acropolis as well as its technical and architectural achievement. He captures the Acropolis in its natural landscape, its buildings surrounded by rubble. In this he also captures the Acropolis in transition. The broken masonry is probably as it lay following the Venetian bombardment of 1683, the stone of the Parthenon is still fire-blackened from the explosion of the gunpowder that had been stored there. The Frankish Tower, erected in the middle ages near the entrance stairway to the Acropolis, is visible in his early photographs, but had been demolished by the time he returned. Across William’s collection we can see photographs of the scene both before and after the Tower was demolished.
But looking at them together you can imagine yourself walking in Mr Stillman’s footsteps, as he views it from a distance, on the approach and as he ascends the stairway to the summit. Here he catches his first view of the mighty Parthenon and the nearby Erechtheion. Approaching the Parthenon, he looks in detail at some of the marble rubble at foot and then proceeds to enter the ruins of the building, walking amongst its colonnaded surrounds and finally entering the centre of the building.

The art of photography

Ten of the photographs are of the Acropolis itself, four from inside looking out. These interior photographs are unusual for the time and demonstrate Mr Stillman’s desire to scientifically document the building from a range of angles. This is also reflected in his captions (reproduced here in quotations), which not only state the facts contained in the image, but also provide locational detail which would assist the viewer who is planning his own tour to replicate that of Mr Stillman. As one academic assessment states his photographs reveal that he wanted to replicate the experience of a visitor, on a typical itinerary, following the route prescribed in the travel guides of the day.

These are an impressive sequence of photographs, hardly equalled and capturing the Acropolis as the new Greece approached the end of the 19th century. The inventiveness of Mr Stillman’s eye is revealed in his photograph taken from across the top of the Parthenon’s Western Portico (Plate No. 13 in his 1870 collection), with its angular lines, the detail of the stone drawing the viewer across and into modern Athens which lies beyond. 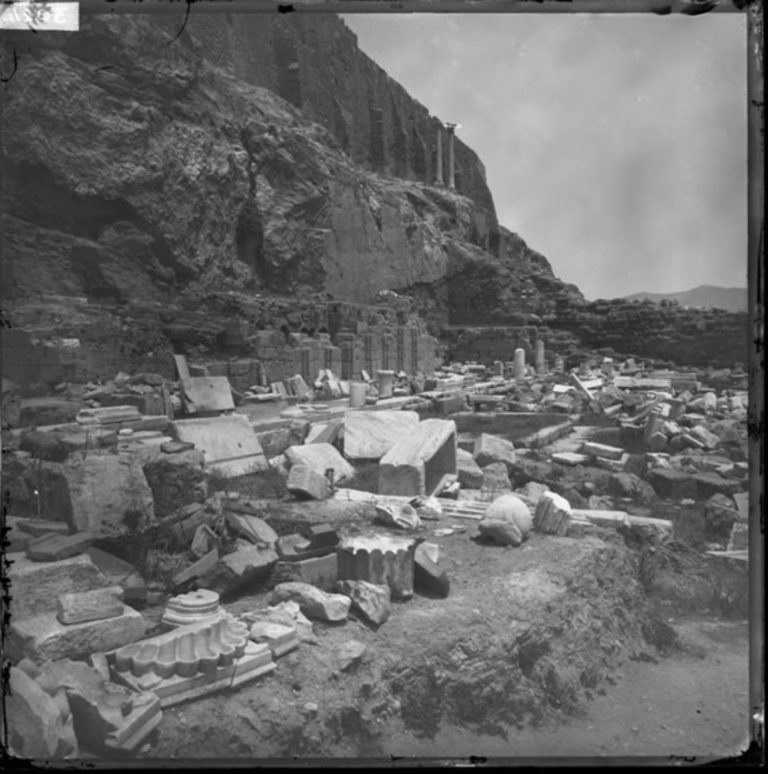 The photographs of Mr Stillman have become part of the heritage of Greece. As we move towards the celebration of the bicentenary of the Greek Revolution, we should remember these beautiful images, capturing the mighty Acropolis in the decades after the liberation of Greece. It would be great if these images could be exhibited in Australia – and Greece.

The story of Mr Stillman and his connection to Greece provides yet another example of how Greece’s bicentenary is an opportunity to celebrate the work of such philhellenes and to bring these stories from across the world into the celebration of Hellenic culture in 2021.

Jim Claven is a trained historian, freelance writer and author of Lemnos & Gallipoli Revealed: A Pictorial History of the Anzacs in the Aegean 1915-16. A student of Greek history and culture, he has researched the Hellenic link to Anzac across both world wars. For more information readers are referred to Stephen Dyson’s The last Amateur: The Life of William J. Stillman. Readers can view Stillman’s second volume of Acropolis photographs – Athene 1882 – online at the following link: https://digitalworks.union.edu/stillmanalbum2/. Jim can be contacted at jimclaven@yahoo.com.au. 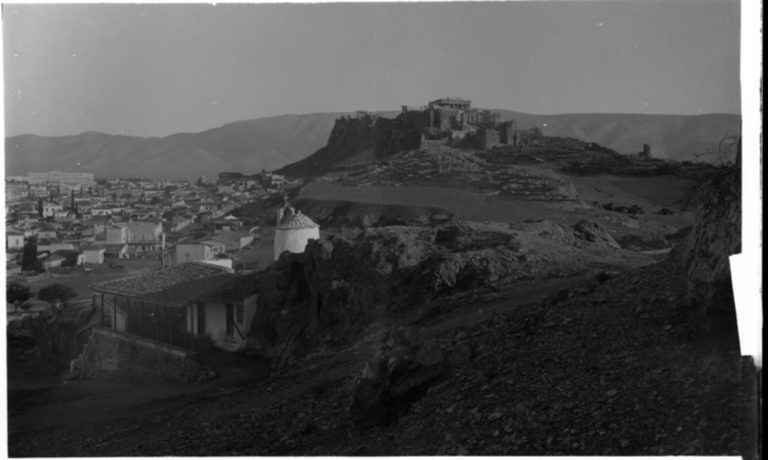