Guarding the vulnerable from the Guardians 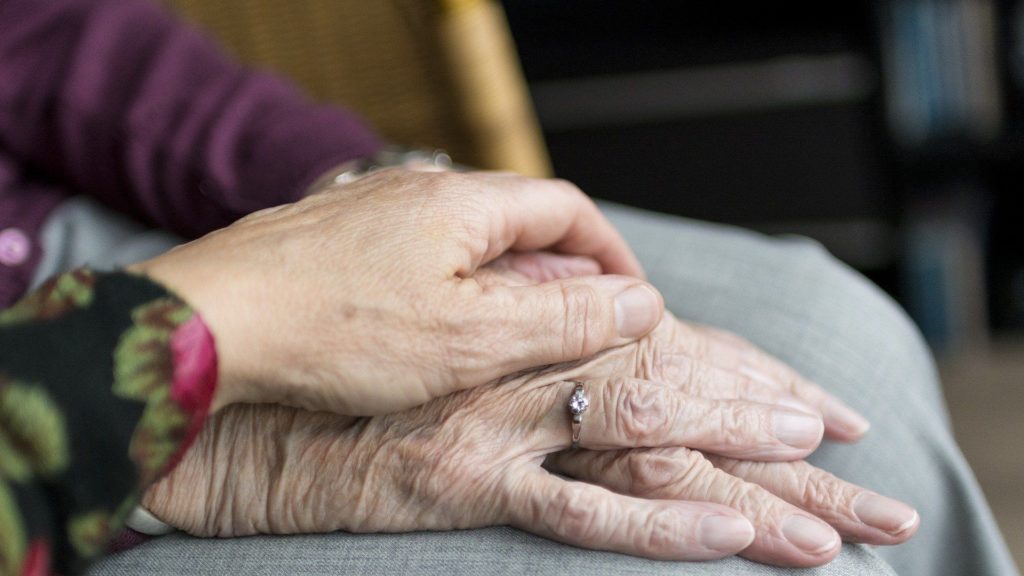 “I don’t know how this guardian was appointed,” Mrs Katina, who has an adult son with a disability, sobs.

“I’ve been caring for my son ever since he was born. Now they run everything and when I ask a question, I rarely get an answer. When I make a suggestion, they don’t even consider it. Just the other week, I asked the guardian for a financial statement or a breakdown of fees from the care provider and the response was they they don’t provide statements. I don’t believe this but how can I argue? I can’t speak English well and I don’t know what to say. Now they are telling me they want to move my boy somewhere else. He belongs in my home, with me, his mother. I don’t understand why they are doing this.”

“The respite home organised for my husband’s guardian to be appointed,” Mrs Maria confides. “After sixty years of marriage. Without asking me. Even though I’ve cared for him continuously. They have frozen half our marital assets and I don’t understand where the money is going. They send me these letters and I have no idea what they are all about.”

I glance at the letters Mrs Maria is clutching in her hands. They have been folded and unfolded until the paper has assumed a smooth, raglike consistency. In spidery, unsteady script, Mrs Maria has written the word γκάρντια on one of them. On the other she has written a telephone number and the word εξπλάι, which is good Greek-Australian for interpreter.

“Did you call the interpreter?” I ask.

“I did,” Mrs Maria, who is in her late eighties and has no children, sighs, “But what can I say, my son? I’m an uneducated woman. I came here straight from the village. I don’t understand the complicated way these Modern Greeks speak and when I ask questions they struggle to provide an answer. I need an interpreter to understand the interpreter.”

The letters from the guardian are fascinating. Instead of being sent to the marital home, where Mrs Maria resides, they have been sent to her husband’s nursing home. Consequently, by the time she receives them, they are too late to be actioned, especially in cases where the letters contain a deadline for a response.

The guardian appears to be aware of the problem with communication as it has made valiant attempts to have its letters translated into Greek. Unfortunately, this entails passing the paragraphs through the Google translate application, meaning that the letter is to all intents and purposes unintelligible even to the most erudite Greek linguist.

Mrs Maria has some kind, well meaning friends who are recent arrivals from Greece, who are concerned about her welfare and that of her husband. It is they who have suggested that she see a lawyer.

“I’ve seen a number of lawyers,” Mrs Maria explains. “But it is costly to get legal advice for every single communication with the guardian. And the ones that have been born here don’t understand how we think – the way our families operate. That is what these lawyers struggle to understand and to convey to the guardian. And even when they do, the guardian is Australian. They work and think differently. There values are not the same.”

Mrs Maria lowers her voice furtively. “And these good Samaritans from Greece. Don’t think I don’t know what they are up to. Whatever is left over after the guardian eats their way through it, they will try to get their hands on it. Where can I turn?”

More and more elderly members of our community with disabled children or with partners in aged care are experiencing bewilderment, confusion and fear as providers appoint government agencies as guardians over those children or partners, often without the knowledge of their carers. In many cases those carers complain that they are presented with a fait accompli by means of a Tribunal order as a result of a hearing they knew nothing about, or more commonly, they are advised that there is a court proceeding imminent, but they lack understanding as to the nature of the proceeding, do not understand the process and are not always afforded the opportunity or are in a position to obtain legal advice. Thus in many cases where such carers could plausibly act as guardians, they are unable to do so. In other cases, there is a lack of consultation with the family as to appointment of more appropriate persons to act as guardian, with the consent and cooperation of the family.

READ MORE: Opinion: It’s our duty to save our elderly

For the vast majority of elderly Greek-Australians, the family is a sacred institution and within it are embedded a number of values and cultural mores that go to the heart of the Greek-Australian identity. The appointment of a guardian for a loved one from outside the family is most often seen as an intrusion and a violation of the sanctity of the family hearth, as well as an appropriation of functions more properly belonging to members of the family. The ensuing consternation, anger and frustration is exacerbated by the fact that many elderly Greek-Australians, who often care for their loved ones without assistance, have extremely poor English.

While many state appointed guardians I have met are courteous, committed and conscientious, the vast majority have not undergone any cultural sensitivity courses in order to familiarize themselves with the culture of the persons whose welfare there are advocating. As a result, even though they may have the best of intentions, faced by the fear, apprehension and mistrust of the family, communication is often exceedingly difficult and is exacerbated by confrontation which leads to misunderstanding and personal antipathy. Just because a person has a guardian appointed on their behalf does not mean that they cease to become a member of their own family and suspicion and recrimination on both sides created by an inability to effectively communicate can hinder the achieving of the requisite balance in this behalf, though surely maintaining family connections is in the best interest of the person over which the guardian has been appointed.

One guardian told me of just how frustrating they find contact with their ward’s family, simply because they lack the skills to convey vital information and how this makes it impossible for them to establish the personal relationship necessary to ensure a collaboration rather than a confrontation. Others find having to grapple with what they consider to be mystifying or arcane Greek family mores and customs annoying, and a hindrance they should not have to deal with. There are cases where this results in them supplying the family with incorrect information, just to get them off their back, or, where the relationship has broken down, allegedly making decisions to spite them.

At this stage in our community development, we have established a number of Welfare and Aged Care organisations that assist in the navigation of the labyrinthine State and Federal pathways with regards to the vulnerable, the disabled and the aged. Given that there is such a large number of elderly Greek-Australians who face language and other difficulties when dealing with the appropriate authorities it would perhaps be beneficial if as a community we were able to apply our resources towards the establishment of an independent (so there are no questions of conflict of interest with existing community care and welfare providers) Office of Greek Community Advocacy in order to provide culturally appropriate guardians to those members of our community who need them.

These guardians, being properly trained professionals, fluent in the Greek language and possessed of an understanding of Greek customs, attitudes and family structures could be appointed by families who are unable to fully assume the responsibility of caring for their vulnerable loved ones unassisted, or by care providers in consultation with the family, avoiding the need for recourse to tribunals and ameliorating the emotional response to “strangers” suddenly intruding upon what appear to be family affairs. The appointment of guardians who are members of the community also has another benefit: because they belong to the broader communal family, they do not exist in the rarefied and seemingly impassive mainstream. Instead, integrated as they are within the communal Greek-Australian framework, they instinctively possess an understanding of the appropriate behaviours, norms and modes of thinking of both their wards and their families and are accountable not only to them but also to the entire community, whose expectations of their conduct and professionalism would be extremely high.

Further, it is necessary for our institutions to attempt to do more to educate our community early on and not wait until they or a loved one is faced with having to navigate the system. Apart from the need to initiate a necessary dialogue with our loved ones and establish a support network around them, we also must take the necessary steps to ensure that we are adequately represented as community advocates in the appropriate forums.

Ultimately, one of the measures of our cohesiveness as a community is how we provide for the most vulnerable of our members. With the first generation increasingly ageing, unable to care for themselves and their loved ones and with a mainstream advocacy system that is not always able to appreciate or address the complexities of our cultural and familial norms, we need collectively to consider how best to safeguard their interests and take the appropriate steps to do so.