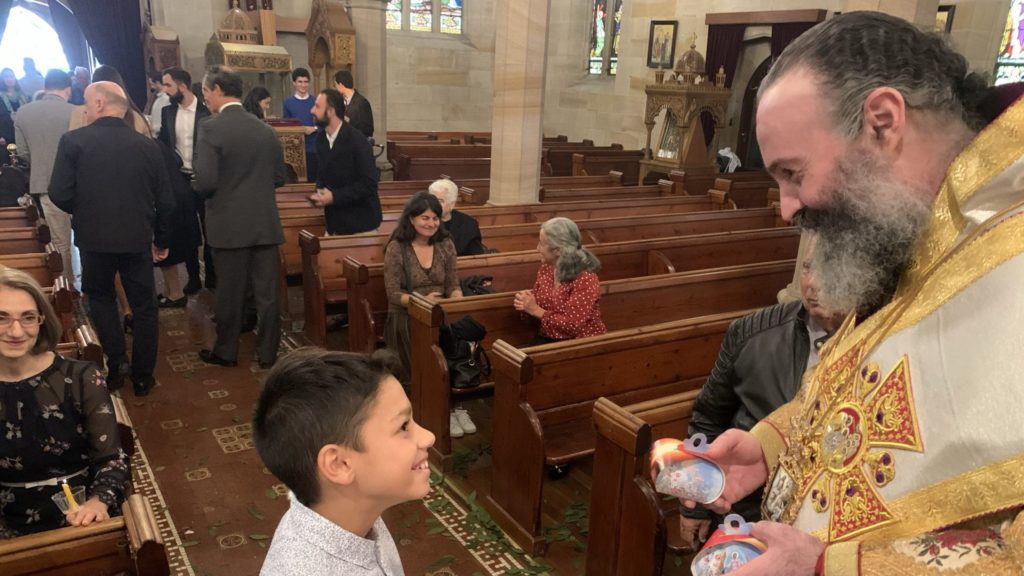 The Archdiocese of Australia confirmed the news of the closure of Sts Raphael, Nicholas and Irene in Liverpool, Sydney, in an announcement alleging “unlawful acts and decisions” by the current president. “Now, prompted by the appeals of many parishioners, the Archdiocese has been compelled to act so as to bring unity and order to this Parish Community,” the announcement said.

Pointing to the constitution, the Archdiocese said that the Committee had not convened a general meeting for its members annually as stated in the constitution – alleging that it had been eight years since an AGM had been held. Other criticisms concerned the fact that financial reports had not, according to the Archdiocese, been forthcoming whereas the committee members “filled casual vacancies of their own accord”.

“The Archdiocese has been trying for some considerable time, even though the personal intervention of His Eminence Archbishop Makarios, to communicate with the Committee, with the aim of helping resolve these issues, reconcile the Committee with the Trustee Committee and, above all, to achieve the convening of a general meeting of members so as to enable the people of Liverpool to decide on a new Committee,” the announcement said before appealing to members of the committee to vacate their offices so that the Community can move forward.

Parishioners heard the news from their priest, who did not let anyone else take the floor. The Archdiocese has encouraged the faithful to attend church in the nearby parishes of St John, Parramatta, and St Euphemia, Bankstown.

There was a lot of confusion on the parish’s Facebook page with concern also stressed by parents wondering if Greek school would go ahead.

Neos Kosmos reached out to the Committee but has yet to receive a comment. 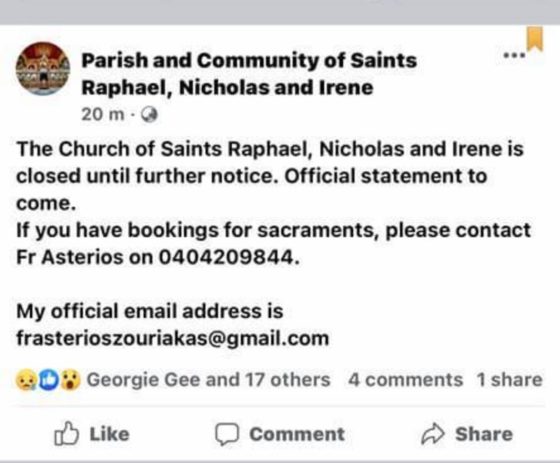 Sources of Neos Kosmos state that there is another problem escalating between the Archdiocese and the Greek Community of Darwin concerning a piece of land owned by St Nicholas Church.