Why we should never forget the Pontian Genocide of 1919 More than 100 years from the Genocide of the Greeks of Pontus, yet the memory of lost homelands and the pain burn still in the hearts of the Pontian’s around the world.

Every year, the Greek community of Australia remembers the persecuted Christian populations of Pontus, Asia Minor and Eastern Thrace, paying tribute with a series of commemorative events organised by the coordinating committee of the Pontian Society of Melbourne.

Honouring the dark anniversary of 19 May, the day Mustafa Kemal Ataturk landed in Samsun back in 1919, a Commemorative Service took place at St Eustathios (221 Dorcas Street, South Melbourne) at 11am, followed by a wreath-laying ceremony at 12.15pm at the Domain, between Birdwood Avenue and Government Drive.

“The month of May, personally for me, is a time when feelings are more vivid and memories are more intense as I recall stories told by my grandfather about the loss of his father and forced exile of his family from Pontus to Russia to be saved from slaughter,” Roma Siachos, Secretary of Pontian Community of Melbourne and Chairman of the Coordinating Committee of Pontian Associations of Melbourne, told Neos Kosmos.

“Whether we were born in Pontus, or as descendants of the Pontian Greeks that came from the depths of Pontus whose history covers millennia of the civilisations residing across the Black Sea, we aspire not to create a climate of hatred but to never forget the Genocide of the Peoples so that similar events can never happen again in the future.”

Meanwhile, the General Consul of Greece Mr Emmanuel Kakavelakis stressed that this is not a day of celebration but a day of mourning. 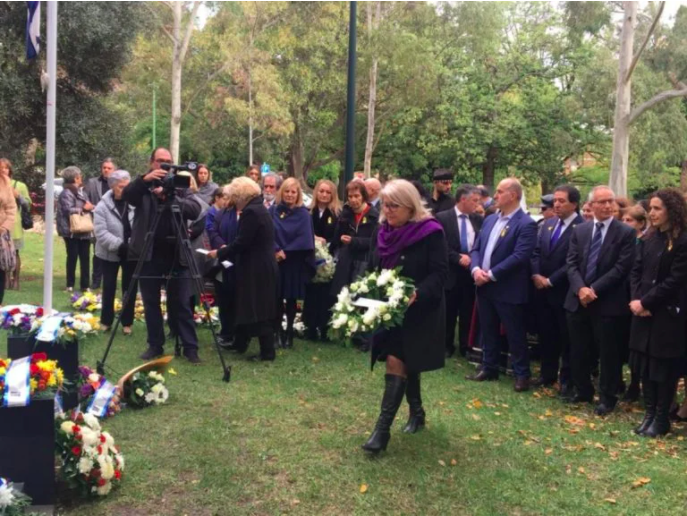 *Dedicated commemorative events will be held through to October.