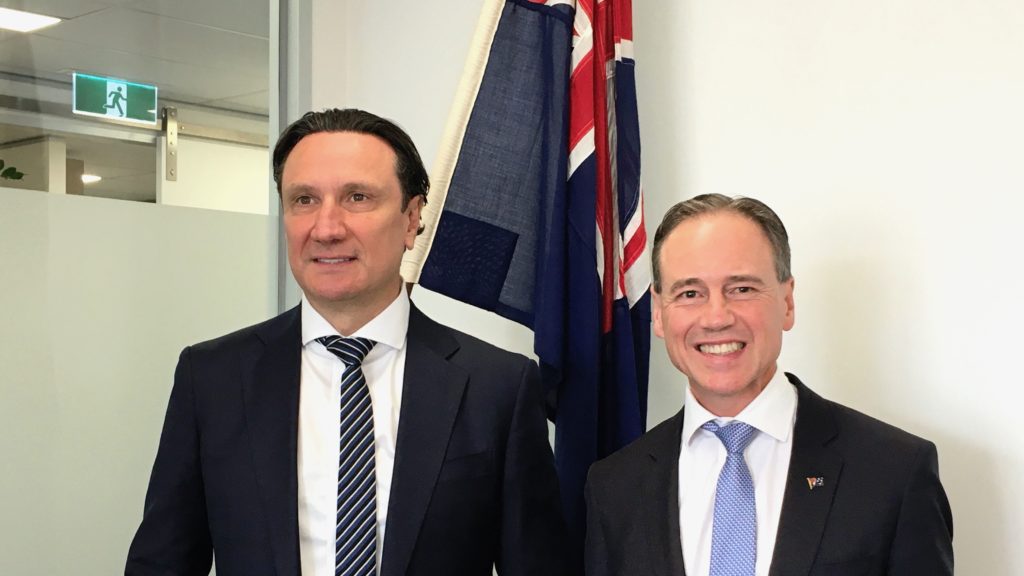 This week’s Newspoll showed 73 per cent of Australians agree “international borders should remain largely closed until at least mid-2022, or the pandemic is under control globally”, and this included 78 per cent of Coalition voters, whereas only 21 per cent agreed “international borders should open as soon as all Australians who want to be are vaccinated”. An unexpected result considering Australia’s multicultural background.

Mr Papastergiadis raised a number of issues, but the first question concerned borders and related to how the uncertainty on the opening of international borders impacted on the uptake of the vaccine. Mr Papastergiadis said that “many people in the community had expressed a view to me that they would delay taking the vaccine given the protracted timeline for when borders were opening internationally”. Clearly, this presented a Catch-22 situation for the Federal Government.

About 2.1 million doses have so far been administered in Australia, according to the Therapeutic Goods Administration, following a survey which suggested that one-third of Australians said they are unlikely to get vaccinated – up from previous months. Meanwhile, more than 1.4 million COVID-19 doses are sitting unused in clinics, with government data showing that 600,000 doses of COVID-19 are sitting unused across state-run clinics.

READ MORE: Surveys show Aussies are reluctant to get the COVID-19 jab, while 3 in 4 support international border closures

Most of the hesitancy focused on perceived side effects and a lack of urgency, bearing in mind Australia’s low infection rates, however the delays could frustrate plans to open borders, slated to remain shut until mid-2022.

Minister Hunt made the point that “the issue of opening of the international borders is a matter that is constantly being considered by the Federal Government. A key factor to this is vaccination”.

Mr Papastergiadis asked about whether a travel bubble could be opened between Greece and Australia, provided Greece proceeds quickly with vaccinating its citizens so that it is safe place to visit.

Minister Hunt was effusive in his praise of Greece in its initial dealings with COVID-19, noting that initially it was one of the world’s success stories.

The minister himself had been disappointed at the initial stages of the COVID-19 pandemic when a planned family trip to Greece had to be abandoned. He said it is a country he certainly wanted to visit once borders open again.

Mr Papastergiadis raised the issue of vaccine passports, which Australia’s Prime Minister Scott Morrison on Friday said  would be “a reasonable thing to work through” due to the likelihood of localised lockdowns, but which have also stirred controversy.

Mr Hunt said vaccine passports was an issue which the government was constantly examining.

COVID-19 aside, Mr Hunt was also interested in Mr Papastergiadis’ role as Chairman of South Melbourne FC. “Is it still called Hellas?” Mr Hunt asked. “It is one of the wonderful clubs of Australia and it will certainly be an exciting time when the B League is set up. Promotion relegation would add another dimension to football in this country.”